Learn All about Social Entrepreneurship

Social entrepreneurship starts with the same business model as any traditional company. However, its strategies revolve around the solution of social problems. 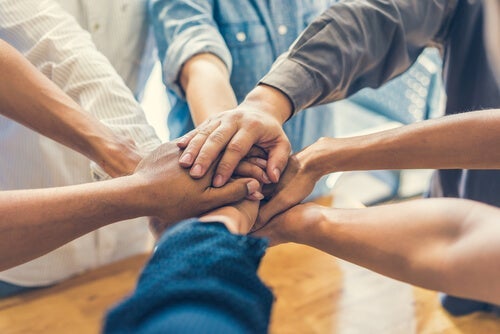 Social entrepreneurship is fueled by technological advances that continue to shape our ever-changing ecosystem. In this new context, skills that weren’t a priority before are now fundamental in our society. Thus, organizations, companies, media, and even boys and girls are coming out and embracing a new way of advancing change towards a fairer world.

This is why social entrepreneurship arose, which is a concept that sort of follows the business model of capitalist companies, but with the main objective of fixing a social problem.

Pulling from this thread, we’ll tell you the keys to social entrepreneurship, as said keys explain why this concept is putting down roots in the currently established system.

A social entrepreneur is a person with a project that generates social value. That’s a person who, through a company, uses strategies that ultimately benefit society.

Thus, the ultimate goal of a social entrepreneur is to create a fairer society through the sale of goods and services. Thus, we observe that social entrepreneurs now work in financing social programs, designing educational tools, and improving health management.

In fact, more than 11 million citizens occupy jobs related to social entrepreneurship in the European Union alone. This represents 6% of total employment in the area.

“I have a voice, I can’t remain silent.”

The importance of social entrepreneurship

At first glance, the mere thought that the solution of a social problem is the main objective of any for-profit company may seem utopian. Still, you must keep in mind that social entrepreneurship isn’t the same as a non-profit organization. Instead, this kind of enterprise subsists through the benefits it produces. In any case, social entrepreneurs focus their activity beyond financial profit.

Thus, as you can see, its importance lies in the fact that society is increasingly interested in moving towards a more sustainable world. According to a 2015 report by Forética, 50% of consumers say they choose products based on their ethical values.

The consumer is increasingly demanding and companies must adapt to their needs. Therefore, social entrepreneurship plays a key role in the current business model.

Benefits and how it became a trend

When it comes to understanding the life of a social project, you must take into account the market niche it occupies. The following factors explain the reasons that motivate social entrepreneurship:

Thus, after analyzing the current system, you can see that the key to social entrepreneurship lies in its way of redefining the success and benefit of a company. Today, both concepts usually appear connected to some sort of social responsibility, philanthropy, and transformation.

In the end, a company’s future lies depends on behaving responsibly with its customers, workers, and suppliers. Hence, the attractiveness of those companies that make an effort to prioritize and reconcile the resolution of social problems with the goal of obtaining other types of returns for their business.

Four Qualities of Good Entrepreneurs
Entrepreneurs have special qualities that make them good at what they do. Learn what these qualities are and why they're important in this article. Read more »
Link copied!
Interesting Articles
Social Psychology
Generosity from a Psychological Perspective

Social Psychology
The Burden of Other Peoples' Projections: Labels