The Origins of Educational Psychology 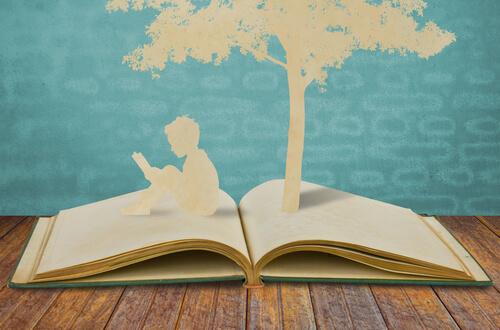 Aristotle once said that “The roots of education are bitter, but the fruit is sweet“. Many things have changed since that time. However, we could say that his phrase was accurate and is still meaningful today.

Educational psychology developed throughout the years as a combination of pedagogy and psychology. The interest in finding a psychological foundation for education arose some years ago. Without this scientific foundation, it would be impossible to apply psychological principles to education.

The origins of educational psychology

We’re not sure if educational psychology existed centuries ago. However, Greek thinkers such as Aristotle and Plato established the foundations of a cognitivist approach to help determine human behavior.

In fact, Aristotle considered that education was the government’s responsibility toward its citizens. Plato also emphasized the importance of virtue and ethics. These are the very first origins of educational psychology.

Several centuries later, Saint Tomas Aquinas continued with those theories of human learning. He saw it as a process of acquiring intellect and knowledge in a gradual way.

The Renaissance and humanism

During the Renaissance, the idea of experience-based learning arose. Other authors emerged, such as Juan Luis Vives who is considered the father of modern psychology. He applied ideas such as motivation, learning, and teaching pace.

This is where metaphysics and psychology separated. It was another key point in the history of educational psychology.

Another historic moment in educational psychology was when rationalism developed its logic from authors like Descartes and his strict methodology.

Other authors like Comenius established that there are four fundamental educational characteristics. These are based on the laws of nature, educational cyclic order, inductive method, and the active and pragmatic teaching methods.

Then came Locke and Hume, who tried to rescue the value of experience over logic and reasoning. For this, all knowledge must come from experience. Thus, education must head toward disciplines that develop the mind.

Others like Rousseau introduced a naturalist approach that aimed to help people reach their purest states with an education that guided in a natural way.

And now we get to modern times, where we have authors like Herbart. He established that teachers must know the educational objectives in order to be good educators.

Then came Pestalozzi, who took naturalism to the next step and observed that students need societies in order to develop. This marked an important moment in educational psychology.

Now we get to Dewey, who considered active school a necessity to renovate education with three important aspects. These aspects are the attitude toward the child, making the students the main axis of active education, and the importance of the teaching content.

Now we get to talk about more modern authors who have evolved modern psychology in the last century. It all started at the end of the XIX century and beginning of the XX century with authors like Galton, Hall, Binet James, and Cattell.

Later, other specialists like Thorndike came along, who talked about learning and the transfer of knowledge.

After that came Watson’s behaviorism, Gestalt, and psychoanalysis. They proposed that our behavior is influenced by elements that are outside our conscience.

We then have Skinner or Becker and their behavioral reinforcement approach. Later on came Piaget, Goodnow, Bruner, and humanists like Maslow, Rogers, and Allport.

With that, we finish our review of the origins of educational psychology. We mention the main names in this science and certain starting points that try to explain why we learn the way we do.

“The only person who is educated is the one who has learned how to learn and change.”