The Invitation Technique: How We Allow Ourselves to Be Offended 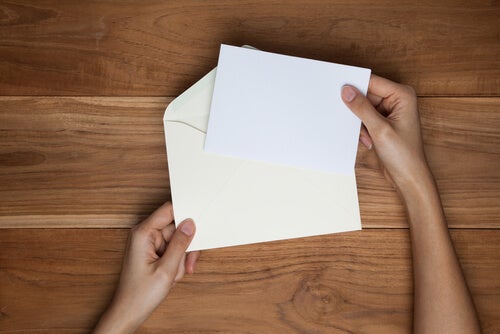 Psychology always intends to empower the patient to take the reins of his or her own life and not let emotions or external situations take all the control. The idea is to encourage unconditional acceptance: of oneself, others, and life in general. This way, everything that happens to us affects us the right amount: no more, no less.

It’s not about conforming, as we may think. Being conformist, as the name suggests, anchors us in our comfort zone. In what we can control. But it does not teach us acceptance. We’re still afraid to unfold our wings and discover the magic that life has waiting for us.

We do not want conformists. We like passionate people who jump head-first into life. People with goals, desires, and dreams to fulfill. These people are emotionally mature. They can regulate their emotions and control their way of interpreting and perceiving the world. They can accept defeat, failure, and criticism as a normal part of life.

You, not others, make yourself feel offended

It’s true that nobody likes to have a defect highlighted or be reminded of a mistake. No one likes criticism, in general. People prefer flattery and praise because it makes us feel accepted. Approval gives us great pleasure. In fact, it stimulates the reward center of our brain, so much so that we can get addicted to approval. Criticism and rejection can make us feel anxious, depressed, or angry.

Obviously, we do not want to feel these emotions. We would rather avoid them at all costs. The problem is, the way we choose to avoid them is usually not the best.

When we hear a negative comment about ourselves, the first thing we typically do is get defensive. We try to justify ourselves, give explanations or turn the criticism back against the person giving it.

Why do we do this? Because we’re offended, not by what they said, but because we believe what this person has said about us is the truth. We could deny their criticism but, deep down, we affirm it.

Let’s say we buy into the critiques of others. We believe them. We make them ours and integrate them into our worldview as truths, allowing them to modify how we think. That decision means that we let ourselves be puppets, controlled by the opinions of others.

Therefore, it is not others who offend us. Those around us have the right to express their opinions. On the contrary, we ourselves are ultimately responsible for grabbing hold of those opinions and believing them.

Don’t you find it interesting that this doesn’t happen with praise as often? We don’t usually buy into compliments the same way we do criticisms. But if someone tells us something negative, we immediately own it.

The invitation technique: do you accept?

The invitation technique is used in therapy to demonstrate to the patient everything above. Buddha said: “If someone offers you a gift and you refuse it, to whom, then, does it belong?” Of course, it’s still the person who wants to give us the gift. Well, the same thing happens with criticism.

Insults, criticism, and toxic comments are like gifts: if you pick it up, you accept it; if you do not pick it up, whoever insults you will keep it.

If there are people who decide to waste their energy on us by being negative,that’s their problem. We do not have to accept their insults. So, if we do, it is our problem. It’s useless to try to change another person’s opinion. It will most likely be a waste of energy.

With the invitation technique, the therapist invites the patient to feel a certain way. For example, they may use this technique with a failure, toxic person, or negative interaction. Psychologists use this technique for patients who come to to their office with this kind of complaint or when others have made him feel unhappy.

The invitation technique, step by step

This acceptance frees us from the burden of trying to please everyone, something that we really can never do. The invitation technique must be practiced mentally as many times as needed, each time we come across someone who judges us negatively. With practice, we will get offended less and less, and even learn to use criticism in our favor.

How to Handle Criticism
You have to be open to listening to everyone. Criticism can sometimes teach you lessons and help you grow. Read more »
Link copied!
Interesting Articles
Psychology
The Importance of Routine for Children

Celebrated Austrian educator and psychiatrist Rudolf Dreikurs posited that "Routine is to a child what walls are to a house; it gives boundaries…

A good fit of laughter and a good long sleep are the best cures for everything, according to an Irish…