Are you wondering how to increase your endorphins? Continue reading to find out six ways to do it! They'll provide you with a great feeling of pleasure and satisfaction. Take note! 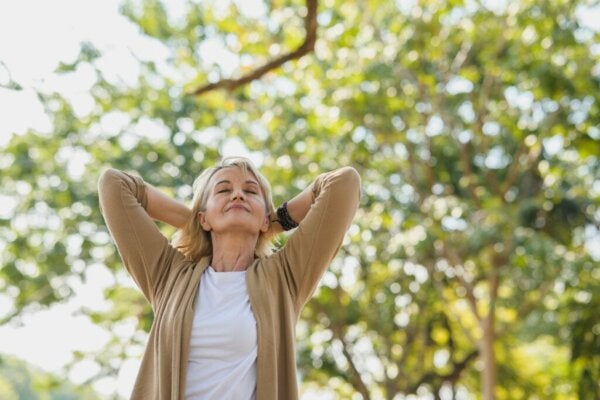 You can easily increase your endorphins, which are substances that are released in the brain during certain times and produce a feeling of well-being, joy, euphoria, and satisfaction. In addition, there are claims that their effects are similar to those of opiates. Thus, they’re basically natural painkillers.

On a more technical level, endorphins are endogenous opioid peptides that function as neurotransmitters. That is, they allow communication between neurons. They’re produced in the pituitary gland and the hypothalamus during moments of excitement or pleasure.

Can a person increase their endorphins?

As you’re about to see, you can naturally increase endorphins through various actions.

This is one of the best ways to increase your endorphins. Thus, your brain produces them when you run, dance, skate, swim, ride your bike, and even when you take walks. As you can see, there are many activities to choose from. The important thing is for your body to move in order to release these substances.

You can also increase your endorphins by eating certain foods, such as chocolate. In fact, real cocoa not only promotes the release of endorphins but some studies also suggest it has important antidepressant properties.

This is another way to increase your endorphins. Music is great for relaxing, as certain genres promote positive emotional states. Thus, your relaxation levels will depend on the piece you play. Music has an undeniable power over human emotions and can enhance the release of endorphins.

Furthermore, the effects of music are even more powerful when you listen to it actively. In other words, if you listen to it carefully and understand the lyrics and the melody. In fact, music therapy can improve a person’s health and well-being.

Laughing and smiling can also increase your endorphins because positive emotions are strongly related to this type of substance. In addition, laughter has been linked to the improvement of or recovery from certain illnesses.

Remembering specific times or moments that made you feel happy and satisfied can also increase your endorphins. This is because memory has a very great influence on emotions. Moreover, emotionally charged memories are better preserved than “neutral” ones. Therefore, reliving a happy moment (which generated endorphins at some point) is like experiencing it again.

Endorphins are closely related to emotions.

Speaking of emotions, according to a study by Hamann (2001), emotions are a powerful filter for your attention. This is because they highlight the stimuli or events that either endanger or favor survival. Moreover, it’s precisely for this reason that emotional responses are evolutionarily more elemental than cognitive responses, at least according to Zajonc (1980).

Indeed, you can also release endorphins by having sex. It makes sense, as sex is often exciting and pleasurable, especially during orgasm. According to the NHS (National Health Service), having sex allows you to release a lot of endorphins because you use all of your muscle groups, put your heart and lungs to work, and it burns about 300 calories per hour. Sexercise, anyone?

Fall in love to increase your endorphins

Do you want to increase your endorphins? Then fall in love! Falling in love makes you release a lot of endorphins. In fact, a great cocktail begins to shake and makes you believe everything is possible during the infatuation stage.

As a curious fact, a study conducted by Johns Hopkins University that was published in the journal Psychological Science in 2020 revealed that choice conditions future preferences. According to the study, people fall in love with what they choose. This isn’t only about romantic love but about feeling passion for something in general.

As you can see, there are many different ways to increase endorphins. Their release pertains to moments of pleasure, enjoyment, and excitement. In addition, endorphins are quite addictive. This is because a series of structures and mechanisms activate at a cerebral level and make you want more. What a way to get hooked!

What Are the Happiness Hormones?
The so-called happiness hormones are our best allies for well-being and mental health. Understanding them will be of great benefit to you. Read more »
Link copied!
Interesting Articles
Healthy Habits
Sleeping Poorly Can Make You Feel Lonely

Do you have any habits in your daily routine that enhance your charisma? As Paul Rand said, "how something is…