There are stories that are passed down from one generation to the next. These are classic stories that almost everyone knows. However, if you take a closer look, they aren't as innocent as you might think. 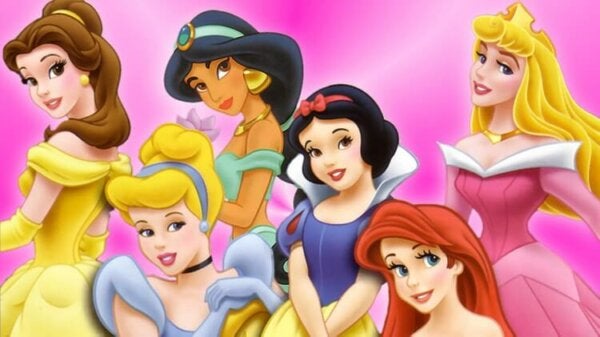 Disney movies know no borders. People all over the world have watched and loved Disney movies for several generations now. You probably grew up watching these animated films and dreaming about being your favorite character. Children are sponges. Everything you see, hear, and feel as a child is important and intense. That’s why it’s so important to revisit these “classics” and analyze the message they’re sending to children. Today, we’ll talk about Disney’s version of romantic love.

As a child, you probably didn’t pick up on these messages. And even if you watch the movies as an adult, if you’ve seen the movies so many times, you still won’t notice them. However, if you put the messages from the movies in other contexts, they become problematic.

Representation of women in Cinderella and Snow White

Cinderella and Snow White are the two Disney stories that have endured the longest. The plots have quite a few things in common. First of all, the main characters are both women who are responsible for cleaning the house, cooking the food, and serving everyone else.

Secondly, a handsome prince comes to “save” both of these women from their sad lives. In Cinderella, the prince returns the shoe that she lost at the party that the Fairy Godmother helped her attend. In Snow White, she falls in love with a prince after he saves her from being cursed by the Wicked Witch.

In both cases, of course, after these “poor women” are saved by the princes, they move into beautiful castles. These radical lifestyle changes mean they leave behind their lives of service. No more cooking or cleaning.

What’s dangerous about these stories? Well, the message to a young viewer is that, if you’re a girl and you want to go somewhere in life, you need a prince to come and save you. You might also feel that serving others is a negative thing. The only way to “free” yourself is to find a Fairy Godmother to use magic and release yourself from your cage.

Anyone, man or woman, is capable of prospering on their own. No one needs someone to come along for their life to change. This might seem simple or even logical, but for young children it isn’t so clear. The message that they have to wait for someone to change their lives is a dangerous one.

Another Disney classic: Beauty and the Beast

This is another favorite Disney movie. People have told this story in many different ways, but the underlying messages endure, and they aren’t’ positive.

How often have you laughed at Lumière? He’s a funny French candelabra and an incorrigible flirt. However, if you analyze his behavior, his “flirting” with the feather duster starts to look a lot like sexual harassment.

Lumière is supposed to provide the story with comic relief, but his behavior affirms a mindset that objectifies women. What about the little boys watching the movie? What kind of lesson does that teach them about how to treat women? Not to mention that the main character’s name is Beauty. This is a bit paradoxical if you think about the overarching theme of the movie, which is that true beauty is on the inside. Is that only true for the Beast?

The plot itself is questionable as well. Would you let your children watch a story about a woman getting kidnapped, her kidnapper mistreating her and locking her in a room “for sticking her nose where it doesn’t belong?” Then, they have a perfect day playing in the snow and she ends up falling in love with her kidnapper. Is that a great message for anyone? In Beauty and the Beast, Disney’s version of romantic love is very problematic.

Unfortunately, The Little Mermaid is another Disney classic that deserves a second look. Ariel doesn’t know what to do with her life, so she stakes everything on a prince she doesn’t know. She doesn’t want to be a mermaid anymore, she wants to have legs and walk on land. That’s all fine and good, but her only motivation is so she can be with the prince.

There’s another troublesome message in the movie. When Ursula, the antagonist of the story, takes away Ariel’s voice, she says it’s because “The men up there don’t like a lot of blabber… they think a girl who gossips is a bore! Yes on land it’s much preferred for ladies not to say a word”. Fortunately, we now know that’s not true, and that women are under absolutely no obligation to do what men want, which is why it would be wise to avoid movies with that kind of message.

When you were a kid, you probably wanted to fly to Never Land with Peter Pan. But have you ever thought about what Tinker Bell and Wendy represent? The way these two characters behave sends the message that jealousy is a good thing. It means that you fight for the man that you want.

But jealousy isn’t good for anyone. The only thing it ever does is cause suffering. Nevertheless, the dynamic in the story seems to say just the opposite.

This positive portrayal of jealousy is why Peter Pan deserves further analysis. We don’t want to expose little children to this idea that the more jealous you are, the more you love someone. Instead, we should tell them stories about how jealousy makes people feel bad, and how important it is to trust the people you love.

Disney’s version of romantic love has adapted to the times

It’s important to note that the movies we’ve discussed here are from another era. To some degree, these Disney movies are a reflection of the social norms of the time.

Fortunately, the way that Disney represents women has changed and evolved, just like in real life. The first, clear example of this transformation (or at least the intention to change) is in the movie Mulan. This is a young woman who doesn’t fit the mold of what a woman “should” be. She doesn’t need to be saved. On the contrary, she’s capable of helping herself and others.

Disney seems to understand that the times and society is changing. While it’s good to keep up with these evolving norms, Disney also has the responsibility to use its influence to share positive, empowering messages with its young audience. They have an opportunity and an obligation to use their power for good.