Music and Exercise - A Great Pair

Thanks to the analysis of 139 available studies, today, we can affirm that music can improve exercise by optimizing performance, delaying the feeling of tiredness, and making physical activity a lot more enjoyable. 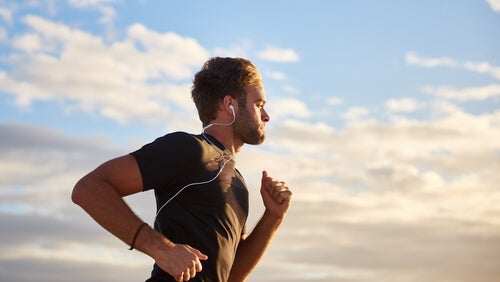 Music and exercise sort of go hand in hand, meaning that combining them can provide a lot of enjoyment. Some forms of physical activity, such as dancing, are well-known but others go unnoticed because they’re framed in specific situations.

Thus, today’s article is about one of the latter. Specifically, the effect of music on your physical performance. A group of scientists, led by Peter Terry, conducted a study taking into account information that covers more than a century.

The study on the benefits of music in physical exercise was conducted by Terry, from the University of Southern Queensland, in Australia, in collaboration with Professor Costas Karageorghis and his team.

Their conclusions were recently included in an article entitled Effects of music in exercise and sport: a meta-analytical review. In shared conclusive evidence on the benefits of music in facilitating exercise and making any kind of physical practice more enjoyable.

The study of music and exercise

Peter Terry, along with Costas Karageorghis and their respective teams, analyzed 139 available investigations on the subject. They ranged from 1911 to 2017, so they cover more than a century. The goal was to make a complete and reliable summary of the benefits of music in physical exercise.

Exercising while listening to music makes this activity easier and more enjoyable. Taking a very large sample of data from thousands of participants, the researchers determined that, firstly, music brings physiological benefits. Secondly, it has an “ergogenic” effect. In other words, it improves performance.

Here are other benefits.

1. Music and exercise – a positive mood

One of the researchers’ findings is that music increases your good mood during physical activity. This is because it exerts a dissociative effect by helping a person forget their present situation. Thus, they evoke relevant and significant situations of their past or their dreams for the future.

This happens when you listen to music from your personal playlists. In other words, it isn’t enough to simply have access to a song. In fact, you can particularly see the effect when a person hears the songs in their personal preferences for some reason.

The improvement in physical performance is what scientists know as the “ergogenic effect”. It corresponds to the spontaneous increase in your activity. For instance, if you normally do 30 abs, you can do more with the same perception of effort while you’re listening to music.

This mainly applies to repetitive aerobic exercises. The effect happens when the activity is tuned to the rhythm of a song. The researchers pointed out that music can be a good reference for maintaining a constant kick and scuff rhythm.

Another interesting benefit of music is that it modifies the perception of the effort you’re making. In other words, it helps you feel that exercise is less difficult and arduous. This means that the feeling of sacrifice or pain reduces significantly when you do physical activity.

In other studies conducted at the University of Jyväskylä in Finland, researchers found that, in general, lively and danceable rhythms reduce the sensation of perceived exertion. However, that effect enhances all related to people’s personal experiences.

Terry and Karageorghis found that there’s an increase in physiological efficiency when exercising while listening to music. This means there’s an optimization in the use of your oxygen. Therefore, the activity increases blood flow but reduces the amount of oxygen needed to correspond to such an increase.

Everything indicates that the induced mood, added to the rocking of your body while listening to the different rhythms, makes your breathing more harmonious. Therefore, you improve your breathing. Ultimately, you don’t feel tired until later.

Finally, it’s true that music has a very interesting effect on your brain. The novelty is that this study allows you to see to what extent this effect can help you carry out activities that, in principle, feel arduous. Thus, music is a great ally to get more out of your exercise routines.

The Effect of Music Therapy on Your Body
The effect of music therapy is linked to the effect that music has on people in general. How many important moments in your life are associated with music? Read more »

Link copied!
Interesting Articles
Culture
Do You Know What Spatial Intelligence is and How You Can Improve It?

Spatial intelligence is a set of skills. It can be summarized as having the ability to accurately perceive the visual world,…

Culture
Five Things that Pigeonhole You

As humans, we like to think that we're free, that our tastes, preferences, and decisions develop from our own free…

Female ejaculation, or the "squirt", is a topic of considerable controversy in the world of sexual health. In fact, since…

Culture
How Does Your Mindset Influence Your Success?

If I asked you what determines success, what would your answer be? Maybe you'd say it depends on a person's…