The Shadow Archetype - The Dark Side of Your Psyche 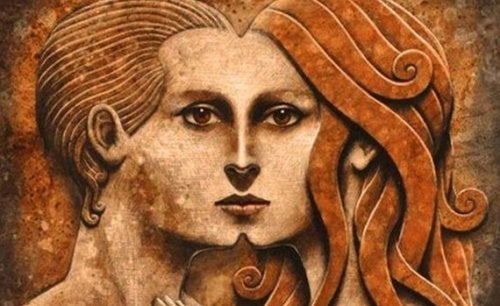 According to Carl Jung’s analytic psychology, the shadow archetype represents “the dark side” of your personality. It is a tumultuous sub-world of the psyche where you store the most primitive part of yourself. The selfishness, the repressed instincts, and the “unauthorized” self that your conscious mind rejects. This is the part that is buried in the deepest recesses of your being.

You’ve probably heard of this concept before. The idea of the shadow archetype is a familiar one, and psychologists still use it to talk about confrontation. It refers to that sensation of internal conflict that you experience sometimes when you are frustrated, scared, insecure, or angry.

“One does not become enlightened by imagining figures of light, but by making the darkness conscious.”

However, don’t forget that the idea that Jung formulated through his work on archetypes was already historically and culturally present in our society. The concept of a shadow or dark side is a common duality. It even inspired Robert Louis Stevenson to write his classic novel Dr. Jekyll and Mr. Hyde. Stevenson, of course, wrote that novel well before Jung developed his theory about the shadow archetype.

Everything that your education and the moral norms of society tell you is “bad,” forms part of your shadow. However, it isn’t good to see these internal dynamics as reprehensible or dangerous. That kind of thinking could lead you to believe you have your own “Hyde” inside, trying to get out.

Jung himself explained that there are different types of shadows. He said that one way to achieve well-being, healing, and personal freedom is to confront them and be aware of them.

The shadow archetype – the dark side of human beings

The shadow archetype is closely related to Freud’s concept of the subconscious. However, it has unique aspects that significantly differentiate it from that idea. These unique aspects also enrich Jung’s concept. Don’t forget that the intellectual romance between Freud and Jung eventually cooled considerably. So much so that Jung called the father of psychoanalysis a “tragic figure, a great man… but I cannot agree with his therapeutic methods.”

Jung developed his own method – analytic psychology. He rejected the couch and the asymmetrical relationship between therapist and patient. Jung favored therapy based on conversation. He believed therapy should delve into the structure of the psyche and the unconscious where the archetypes dwell. Of all the archetypes, the one with the most therapeutic value was undoubtedly the shadow archetype. Let’s learn about the characteristics of this archetype…

The shadow, a known but repressed presence

“Unfortunately there is no doubt about the fact that man is, as a whole, less good than he imagines himself or wants to be. Every one carries a shadow, and the less it is embodied in the individual’s conscious life, the blacker and denser it is. If an inferiority is conscious, one has always a chance to correct it. Furthermore, it is constantly in contact with other interests, so that it is steadily subjected to modifications. But if it is repressed and isolated from consciousness, it never gets corrected. It is, moreover, liable to burst forth in a moment of unawareness. At all events, it forms an unconscious snag, blocking the most recent attempts.”

How can I face my own shadow?

You might think that the theory of the shadow archetype is interesting. It has its charm, its metaphorical essence, and a certain mysticism. In this figure, we see the reflection of what is classically taboo. It represents evil and the sinister side of the human personality that always piques our interest. But is there anything about this theory that we can apply to our day-to-day lives?

The answer is “yes.” Jung reminds us of this in his written work, in books like Archetypes and the Collective Unconscious. He says that our task in life is to accept ourselves completely and integrate our “shadow” into our personalities. That way, we can be aware of it, and work with it face-to-face. Ignoring it and allowing it to stay in the unconscious can rob us of balance and the opportunity to be happy.

Don’t forget what kinds of things make up this concept we call “shadow.” There we find our fears, our past trauma, the disappointments that poison us, and the dreams that never came true because of our own indecision. If we hide all of these inner demons, they become more fierce. If we silence them, they will end up controlling us. They will project  an image of ourselves that we don’t like or agree with

Consequently, we can’t forget that our personal growth and psychological well-being will always depend on our ability to bring these shadows into the light. Once we make this valiant effort, the delicate but valuable work of healing begins. Only then will we be able to find tranquility and well-being.

My Inner Peace Is Not Negotiable
Read more »
onto others.
Link copied!
Interesting Articles
Psychology
9 Signs to Help You Recognize a Narcissist

Psychology
Life Lessons to Learn as Soon as Possible

Oxytocin is much more than the "love hormone," as it is commonly known. On top of promoting social interaction, oxytocin…

The love of a mother is not always unconditional. Sometimes it leads to a share of pain. It also leads…