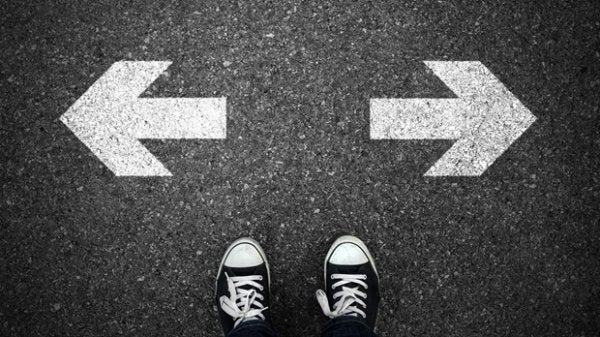 Morality is understood as a set of norms, beliefs, and customs that guide the behavior of people (Stanford University, 2011). Morality is what dictates right and wrong. In other words, it allows us to discriminate between appropriate and inappropriate thoughts and actions.

However, what may seem simple on paper may lead to questions upon deeper inspection. One answer to these doubts and the contradictions they generate is based on moral relativism.

Morality is neither objective nor universal. In fact, even within the same culture, we find differences in morality — although they may be smaller than those found between cultures. If we compare the morality of two cultures, the differences become much larger. In addition, within the same society, the coexistence of different religions can create a lot of differences (Rachels and Rachels, 2011).

Closely related to morality is the concept of ethics. Ethics is the search for the universal principles of morality (although there are some authors who consider ethics and morals the same, such as Gustavo Bueno).

Those who study ethics analyze morality in different cultures in order to find shared traits, universal principles. Globally, ethical behaviors are officially recorded in the declaration of human rights.

Years ago, Nietzsche (1996) condemned the Western celebration of what he called “slave morality.” He resented this morality because he believed that the highest actions could not be the work of men, but only of a God projected outside of ourselves. And the morality that Nietzsche shied away from is considered Judeo-Christian in its origins.

In spite of the philosophical criticism, this morality is still alive, although it is becoming more liberal. Given colonialism and its domination of the western world, Judeo-Christian morality is the most widespread. And this fact can sometimes cause problems.

The idea that each culture has an idea of morality is called cultural relativism. Each culture has a text that lays out their codes for good behavior, such as the Quran or the Hindu Vedas (Santos, 2002).

Evaluating another morality from the point of view of your own morality can be a totalitarian practice. Because normally in doing so you form a negative evaluation full of stereotypes. Thus why we will almost always reject morals that do not adapt to our own. We may even question the moral capacities of anyone with a different system.

To understand how various morals interact, let’s take a look at Wittgenstein’s explanation (1989). It explains morality with a simple scheme. To better understand, try this simple exercise: take a sheet of paper and draw a bunch of circles on it. Each circle will represent a different morality and there are three possibilities for how these circles interact:

Two circles that overlap represent two moral codes that have something in common. They have varying degrees of commonality depending on how much they overlap. In addition, there are larger circles that represent moralities that include more norms, and smaller ones that refer to more specific ones.

However, there is another paradigm that proposes that there is no morality in any culture. Instead, moral relativism proposes that each person has a unique morality (Lukes, 2011).

Now, imagine that each circle from the previous exercise is the morality of a person, rather than that of a culture. From this perspective, all morals are accepted regardless of who they come from or in what situation they are given. There are three positions within moral relativism:

The fact that a moral explains a wider range of behaviors, or that more people agree with it, does not mean that it’s correct. However, it also doesn’t mean it’s incorrect.

Moral relativism assumes that different morals will lead to disagreements, which will lead to conflict if there isn’t dialogue and understanding (Santos, 2002). Thus, finding common ground is the best way to establish healthy relationships, both between people and between cultures.

Spirituality: It’s More than Psychology, But What Is It?
Religion is not the only context where we can talk about spirituality. From the philosophical point of view, this word can have other meanings. Read more »
Link copied!
Interesting Articles
Culture
Three Absolute Truths about Life

You've probably heard someone say that someone has broken their heart. Also, you may have felt identified with songs about…

Culture
6 Things That are Better Kept Secret According to Hinduism

Hinduism says that sometimes, silence is the best ally. There are things that are better kept secret. Your hopes, goals, and…