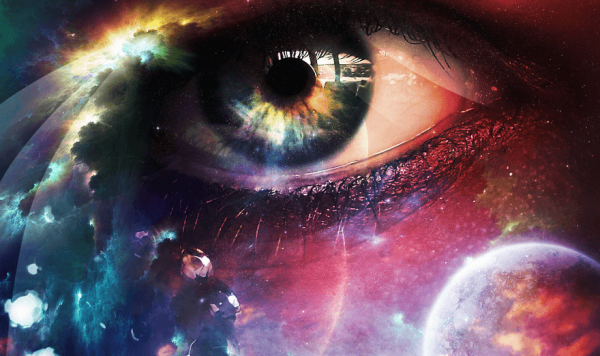 Lewis Goldberg‘s personality theory is also known as “The Big Five” or the “Five Factor Model.” It came out of different studies that saw a repeated emphasis on certain personality traits as a way to determine what a person is like.

Although people have been talking about this model since 1933, it wasn’t until 1993 that it became a structured theory.

“Each man is as God made him, but becomes what he makes himself.”

At the same time, each of these characteristics is made up of more specific traits. Scientists have developed different personality tests based on this model. They make it possible to evaluate and measure what the test-taker is like. Let’s take a closer look at this traits and characteristics of this particular model.

Openness to experience, one personality trait

Openness (“O”) refers to a person’s ability to look for new experiences. Not only that, but the capacity to make room for them and visualize the future creatively.

People who are highly open to experience are imaginative and appreciate art. They cooperate well with other people. They are also curious and prefer variety to routine.

Those with a low score in this category are people closed off to new experiences. They display all the opposite traits. In other words, they prefer safety and convention. It’s hard for them to adapt to new things, which is why they prefer a rigid schedule. They tend towards technical activities and show little interest in the abstract.

This factor refers to the capacity for self-control and the ability to act effectively. It is related to planning, organizational, and execution skills. Conscientiousness is also related to persistence, the ability to follow through on goals and objectives, and punctuality.

People who score high in this factor are often organized. Others see them as trustworthy and meticulous. At the extreme end, people with this trait are perfectionists and can be workaholics. They have a strong need for success.

Extroversion is the ability to relate to others and enjoy their company. Extroverts like to have company and they feel comfortable in a group setting. They work well in teams and are optimistic and enthusiastic. When they are with other people they are like a fish in water.

On the opposite end, we have introverts, who work better alone. Introverts generally feel a certain mistrust or caution with other people. They prefer small circles of friends and they feel uncomfortable in large groups.

The “A” factor: agreeableness

This is primarily related to a person’s capacity for empathy. Those who score high in this factor are understanding and tolerant with other people. They are very good at understanding the needs and feelings of others.

Those on the opposite end of the spectrum are difficult and combative. They enjoy debate and arguments and try to impose their views on others. Hostility is their trademark. These kinds of people are very good at competitive activities and get energy from being in front of people.

This factor addresses the ability or inability to deal with difficult situations in life. People who score high in this factor tend to behave unpredictably. They don’t display consistent behavior and their reactions vary widely, though it’s not clear why.

On the other side, we have people who are stable, prudent, and moderate. They behave this way even in times of crisis. People like this are calm and sure of their ability to handle hard things and mistakes. They are generally positive and stay positive regardless of hardship.

According to this model, the result of the personality test is a score in each category placing the subject in a high, medium, or low level for each trait. Sometimes it is used in the selection process for jobs. Educators use it with students to help them figure out a profession that matches their personalities. It is also used in some clinical settings.

How Do Your Personality Traits Affect Your Life?
All of us know, or can at least intuit, that our personality influence how we face obstacles, treat others, or celebrate the objectives we achieve. Read more »
Link copied!
Interesting Articles
Psychology
Teachers with emotional intelligence are the ones who leave their mark

Psychology
What Type of Exercise Is Best for the Brain?

Exercise is not only extremely positive for the health of our hearts, it is also good for the brain. It…

Psychology
I Seek, But Can’t Find…Why Don’t I Have a Partner?

Google, the worldwide information giant, indicated that the most frequent question typed into their search engine in the whole planet…