Self-Enhancement: Showing Off Our Positive Traits

As human beings, we feel the need to show off our positive traits, skills, and abilities. This is a normal adaptive behavior that relies on different cognitive biases. It's important to be able to recognize these biases, especially in ourselves. In this article, we'll take a look at these biases in more detail. 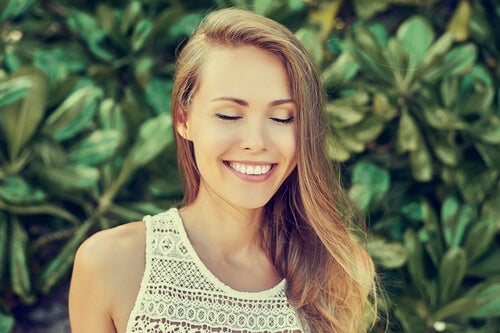 Self-enhancement is one of the three self-evaluation motivations. This motive allows us to maintain a positive self-concept. In addition to responding to an innate need to retain a positive image of ourselves, we also feel the urge to show this image to others. Sometimes, we do it consciously and explicitly. In many cases, however, we do it without even being aware of it.

If a person’s self-image has been damaged or injured in some way, they may be motivated to repair it. One’s natural response is self-enhancement, which serves as a way to compensate or play down our flaws.

In any case, whether our self-image has been damaged or not, we all feel the need to show off our positive traits, skills, and abilities. This need isn’t pathological, nor does it impair our ability to adapt to our environment – so long, that is, as it doesn’t go too far, become a problem, or hide some major underlying issue. Some examples are often found in work or academic relationships, where excessive self-enhancement levels can be a sign of low self-esteem.

The cognitive bias of self-enhancement

People have a tendency to give causal explanations for their successes and failures. As we get older, we don’t tend to stop and ask, “Why?” as often as we did when we were younger. However, that doesn’t necessarily mean that the origins, causes, or reasons behind events no longer interest us. Instead, it’s common for us to attribute our successes to our personal qualities (self-enhancing attributes).

In many cases, except in those where the person is more prone to the opposite extreme, it’s also common for us to believe that the explanations for our failures lie in external causes out of our control, such as bad luck or interference from others. This is what’s known as self-protective attribution. In truth, self-enhancement relies on different cognitive biases. It’s important to be able to recognize these biases, both in others and in ourselves. We’ll take a look at these biases in more detail later on. But first, we have a short test for you.

N.B. Your score in this test has no diagnostic value. Instead, it only has an expository value. We included it in this article to help you better understand some of the concepts discussed.

The positive perception of the self

A positive perception of the self fulfills an adaptive function, and the level of bias can vary from person to person. Biases are necessary sometimes in order to protect the self and may, indirectly, help keep anxiety at bay. As such, it can be interesting to explore how many of these biases you can recognize in yourself, and to what extent they exist. Learning about these self-perception biases, and trying to identify them in yourself and in others, can help you to manage stress and can even be fun.

People often say that psychologists have come up with more labels than there are phenomena to put them to. Jokes aside, the truth is that, on many occasions, the dynamics we’ve described go completely unnoticed, until we see them written down in black and white. And that’s exactly the point.

The most common self-enhancement biases include:

Self-esteem is the attitude and emotion a person feels towards themselves. It has a huge influence on how you treat yourself and what you think of yourself generally. This emotional state which derives from your self-concept. In this sense, seeing ourselves as unique usually makes us feel good. In many aspects of life, we often place more value on items and qualities that are difficult to find and stand out from the rest. Despite this tendency, the traits that make us different aren’t always all that relevant.

As a result, when people find that the traits they see most in themselves, the aspects of their personality that form the backbone of their self-definition, are actually quite common in others, it usually has a negative impact on their self-esteem.

What’s Posttraumatic Growth?
Nobody wants to have to face adverse situations in their life but this event often brings with it a posttraumatic growth that can positively change you. Read more »
Link copied!
Interesting Articles
Self-esteem
How Social Networks Affect Our Self-Esteem

Adolescence is a phase full of changes. It's a stage in our development when we are constantly looking for our place in the world. We feel the need to try out…