Cognitive Bias: When We Don't Think, We Make Mistakes 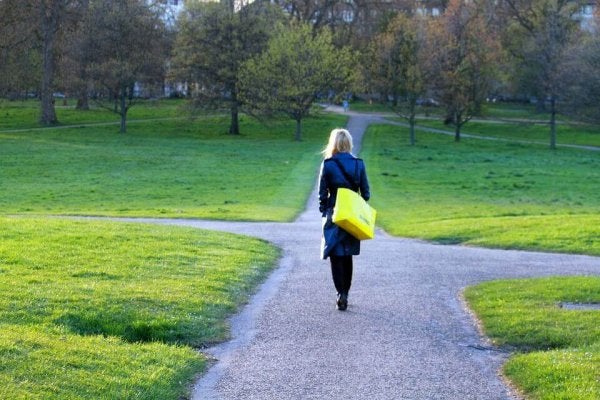 In any given day, we make a lot of decisions. And we make most of them at the speed of light, almost without thinking. Rarely do we fully consider the consequences of each possible option. We almost blindly choose from the array of possible solutions.

Other times, especially when it’s a decision we consider important, we evaluate all the information we have in order to make the best decision possible. However, there is something that influences the decisions we make and the solutions we choose that we don’t often think about. That something is cognitive bias. These biases can be dangerous because they can lead us to make unrealistic and poor decisions.

However, cognitive and heuristic biases aren’t bad in and of themselves. In fact, we might say that they are a kind of mental shortcut. A shortcut that can get us into trouble, certainly, but a shortcut nonetheless. We describe them as shortcuts because we use these biases to save mental energy (cognitive resources.)

For example, let’s say you go to a bar and you spend half an hour thinking hard about which drink you order. You consider the value of each drink separately and take your time figuring out the best option.

After expending all that mental energy, you are tired. You wasted time that you could have invested in other things. Heuristic and cognitive biases speed up your thought process. They save resources that you can use for other, more important tasks.

According to Daniel Kahneman, there are two ways of thinking. He calls them  “Fast Thought” and “Slow Thought.” In the first system, the “Fast Thought” system, we think on autopilot. These system tends to operate on a subconscious level. Emotions play a big role in this type of thought process. As a result, they often lead to thoughts riddled with stereotypes.

The Slow Thought system’s function is to guide our intuition. Sometimes that helps, but sometimes it can betray us. This deliberate thought system is less common and takes more effort.

We do this kind of thinking in a conscious, logical, and calculated way. Completely the opposite of fast thinking. Its primary function is to make final decisions. You could say that it is responsible for observing and controlling the intuition that fast thinking produces.

The first system tends to be more dominant. The second system, on the other hand, tends to be lazy. We usually let fast thought guide our steps. As you can imagine, this tendency has repercussions.

We jump to conclusions and overestimate the importance of first impressions. Also, we confuse coincidental relationships and place too much trust in what we know already. When we engage in fast thinking, we tend not to consider other information that is available to us.

We define a heuristic as a shortcut for active mental processes. As such, it is a measure that saves or rations our mental resources. Given that our  cognitive (mental) capacity is limited, we divide up our resources. Usually we dedicate most of it to things (worries, activities, people, etc.) that take the greatest amount of mental effort.

It is easy to go along without paying any attention. However, if the path is rough and we believe we might fall, we employ more of our cognitive resources. We pay attention and look where w’re going.

Cognitive biases are psychological effects that distort your thinking. Just like heuristics, these biases serve to save cognitive resources. These biases can lead us to make pretty serious mistakes. However, in certain contexts they can also help us make faster and more effective decisions.

Now that you are familiar with cognitive and heuristic biases, when you go to make decisions you can be more effective. Though they are difficult (sometimes impossible) to avoid, you can reduce your thought biases through awareness and knowledge of how they work.

Evaluating the alternatives and looking for information that contradicts your beliefs are also ways to reduce their power. As a bonus, avoiding cognitive biases can make it possible for you to think more creatively.

Reversible Thinking: Fighting Cognitive Laziness
There are two options when you firmly believe something but someone gives you proof it's wrong: you can stick to your false belief or use reversible thinking. Read more »
Link copied!
Interesting Articles
Psychology
Life Without Life Is Not Life

Psychology
Are You Emotionally Dependent?

Emotional dependence is extremely damaging, and it tends to become more pronounced over the years. It must be said that not…

Remembering a phone number off the top of your head, recognizing someone you know on the street and remembering their…