The Importance of Intellectual Humility

To recognize that we don't know everything and that we don't possess absolute truth is to practice intellectual humility. This is the key to continue learning and growing on a personal and social level. 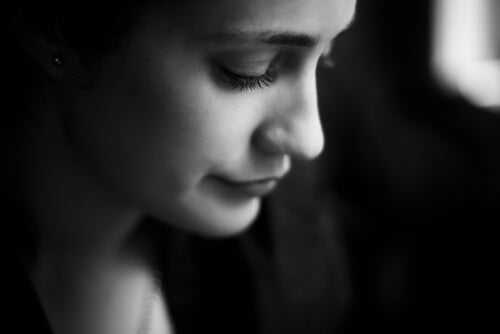 It’s easy to make the mistake of thinking that our standpoint is the best one and that we possess absolute truth on any given matter. On occasion, we may even hold the strong conviction that we’re experts on a subject and that no one knows more about it than we do. At the very least, or that we know more than the people around us. In this article, we’ll explain why you need intellectual humility.

People lock themselves into their convictions and it’s impossible to get them out of them. It’s as if they’ve been awarded the prize of universal expert and any objection we make is classified as nonsense. We can all easily fall into this trap.

Sometimes, as human beings, it’s curious how we can cling to our belief that we know everything about a subject. Of course, there’s the other extreme: those who prefer to sail on the ocean of indecision or at least be open to what others want to tell them.

The point is that, whether it’s other people, or ourselves, intellectual humility is often conspicuous by its absence. Let’s have a deeper look at this.

We tend to have this bad habit of overestimating just how much we know. We cling to what we believe and look down on what other people want to tell us. Instead of seeing the possibility of being enriched, we take it as an attack.

In general, as human beings, we believe that we’re more knowledgeable than those around us. We can observe this more clearly in political and religious contexts, and even when talking about lifestyles.

Regarding this ability to voluntarily put on blinkers and make ourselves intellectually blind, journalist and writer Ryszard Kapuściński has something to say on the matter. He stated: “If, among all the many truths, you choose just one and blindly pursue it, it will become a falsehood, and you will become a fanatic“.

He was right. Enslaving ourselves to a belief and giving it the power of absolute truth hinders change and impedes our personal and social growth. In short, it limits us.

Against this backdrop, it seems that scientists have discovered (or rather brought back to light) a concept, or antidote, known as intellectual humility. This is the ability to be flexible regarding knowledge. In other words, to be open to new ideas.

Intellectual humility is the ability to be receptive to other perspectives, accept that we’re wrong, and cultivate an open mind.

Origins of the concept of intellectual humility

This concept, which, at first sight, seems such a new one, is rooted in Socrates and, later on, in the philosopher and theologian Nicholas of Cusa.

As we can see, intellectual humility has been with us for a long time. This capacity is defined as the middle point between believing that we know everything, or, on the other extreme, nothing. In other words, on the one hand, we have intellectual arrogance, characterized by rigid minds, and, on the other, intellectual cowardice, fruit of extreme timidity.

Rigid minds: the illusion of knowing everything

To be humble on an intellectual level is to be able to recognize that we don’t know everything and that what we think we do know may be wrong. So, why is there so much intellectual self-centeredness today?

It’s true that personal traits may be the biggest culprits. However, according to psychologist Tania Lambrozo of the University of California, technology increases the illusion of knowledge.

Having access to any kind of information with just one click creates the illusion that we have infinite knowledge about anything within our reach.

Moreover, if we add to this the ease of remembering an image, a word, or some information about a particular subject, then the impression that we’ve become quite learned in the matter will be much greater.

Mental rigidity is one of the personality traits most related to intellectual self-centeredness. What’s mental rigidity? It’s the tendency to dismiss approaches or ideas that are different from one’s own.

We do this in order to feel more comfortable and lock ourselves behind the bars of our own mental schemes. These are the people who try to adapt the world to their way of thinking, instead of the other way around.

How to cultivate intellectual humility

What can you do, then, to cultivate intellectual humility? For starters, you must be willing to listen to other people’s perspectives and arguments and to embrace change. This is because the ideas you considered to be right yesterday may be wrong or fall short today, who knows? But how can you put this into practice?

Several strategies can help you cultivate intellectual humility. We’ll outline them below. However, it’s essential that you’re aware that you have to silence and dethrone your ego. To do this, you’ll have to admit that, sometimes, you’re a victim of cognitive biases and a slave to the belief that you harbor less prejudice than others.

Opinions, both your own and those of others, vary according to circumstances and your way of looking at them. How many times have you been surprised when you’ve done or said something that you hadn’t even thought about before? Think about it.

Planting the seeds of mental flexibility

Therefore, if you want to plant the seed of mental flexibility in order to cultivate the fruit of intellectual humility, you can:

The most important scientist of the 20th century, Albert Einstein, whose IQ was 160, also considered the concept of intellectual humility to be important. Proof of this is his statement “A true genius admits he knows nothing“. We also have the example of Benjamin Franklin, who, before starting a discussion, used to say, “I may be wrong, but…”.

As you can see, intellectual humility is a good ally that will help you to fight against clinging to your beliefs. It will also help you to continue growing on a personal and social level. It’s the key that opens the door to learning, the antidote to arrogance.

It reminds you that the keys to your relationships aren’t found in imposition or demand, but in understanding, flexibility, respect, and enrichment, which all stem from getting to know other points of view.

Greatness Comes from Humility, Not Superiority
What defines greatness? Greatness comes from humility and treating others with respect. Read more »
Link copied!
Interesting Articles
Personal Development
A Step by Step Guide to Overcome Your Shyness

Splitting is another fancy name for borderline personality disorder (BPD). It refers to a certain attitude in which people perceive…

Interesting Articles
Research
The Connection Between a Psychopathology and Early Deprivation