Protect Your Psychological Health from Violence in the News 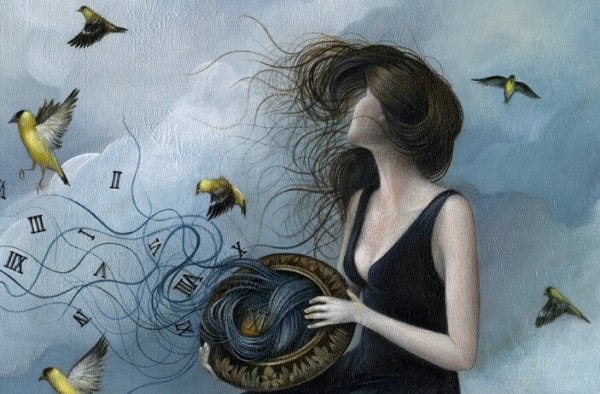 When confronted with certain news from around the world, we can’t react with indifference. To show interest and feel saddened by the news of the horrors of violence is natural, and somehow necessary. However, it is equally important to select the type, quantity and quality of information we receive, because we have the ability to do so.

Humanistic, pragmatic and values-based reflection rarely comes as a result of viewing and listening to the erred sources. We can all get carried away by anger and sadness at times. But we should take those feelings and reflect. Difficult situations require complex solutions and analyses.

Therefore, in the same way you have the right not to show yourself indifferent, you also have the right to know how to distance yourself from certain information, for your own sake and that of those around you in everyday life. Don’t forget, only from that position can you do something useful. In fact, if everyone did this, it would be the only way to change the world. The difference begins with you.

Thus, in the following article we describe a set of guidelines by which you can learn to protect yourself psychologically against the continuous news of violence in the world, without implying that you should ignore them.

Use your time wisely when watching violence related news

Experts warn: Viewing more than 6 hours of television or internet regarding attacks of violence increases the risk of suffering psychological symptoms, even when the person is not a direct victim

For example, a person who is entangled in a violent situation as a spectator, despite not being a victim who directly suffered aggression, may develop similar symptoms of what’s called “post-traumatic stress.”

Spectators will not have the same risk as a victim, but the degree of risk will depend on several factors, such as: how long they have been involved with the cases of violence, personal traits, and the relationship they hold with the victim (it is possible that the spectator may have experienced something similar in their own past).

In short, if you think this affects you, stop watching news or images which are too explicit. Even if you don’t feel affected or phased by such news, it is important that you be aware that constant viewing of such material can be damaging later on. You may notice a certain sense of dehumanization after watching so many consecutive hours of explicitly violent content regarding real life situations.

Be wise about how you share this information with young children

The top recommendation is to keep your young ones away from all news of this sort; however, that won’t change the fact that it may, one day, be your direct responsibility to explain to a child what has happened, depending on their age and the information that they have already heard.

Children’s innocence regarding certain issues must be preserved as long as possible during their youth. They will have no other evolutionary stage in which to enjoy such a freedom. Furthermore, their cognitive and emotional capacities are simply not prepared to understand such complex news of terror and violence.

If a slightly older child with a greater level of maturity shows confusion and asks you about such topics, you can explain these issues to them carefully, while taking the following aspects into consideration:

Meditating throughout the day puts us in the present, enabling us with complete consciousness of what we are doing. In this manner, we abstract ourselves from all the toxic events lived in the last few days, and we can continue working or conducting any activity with greater peace and concentration.

At first we can all throw around opinions and biased judgments out of surprise, emotive reactions or ignorance. Read about similar situations that have occurred in history, know the origin of a conflict and what it has in common with many others.

Knowledge is the most powerful weapon of a person and a people in order to confront radicalism. One act of radicalism is not solved by another – it only feeds it.

“An eye for eye, and the world will be blind.”

You mustn’t  fall into the trap of believing that if you help improve your life and your attitude towards that which surrounds you, that it is only improving your own life. In reality, you are indirectly helping the world. It is the best way to do so, and the only method you have.

In your day to day, avoid aggressive people, and do not let yourself be affected by the radical people who are unable to empathize with others. It is an irretrievable loss of energy and time. Ask yourself the right questions in order to get the right answers about your life.

Be more generous; help others in whatever you can; be kind. Defend your values even if you think the world is losing them. The world is made up of people and other living beings.

If the world is losing its humanistic values, it is because people are losing theirs. Your part is to not lose yours, and to promote them. Heal yourself from the inside so as to be enabled to transmit healing to the parts of the world your life can touch.

“Be kind, every person you meet is fighting his own battle.”

Start volunteering, work alongside a campaign

Within each of us, various situations of injustice in the world may “strike a chord,” some relating to violence against animals, racism, inequality of gender in many countries, violence among people, poverty, corruption, among others.

From where you are, in your community, city, neighborhood or at home via internet, spend some time and if you can some financial assistance to improve all these situations. Get involved, fight and communicate.

“Many small people in small places, doing small things can change the world.”

Each person must answer for what he or she does to others, be it good or bad… But they don’t have to answer for what others do. Don’t fall into the trap of saying “this world is lost and has no solution,” because you are part of that world. Again, worry about improving and fixing your part, because it is the most effective, and only realistic way, to make the world a better place.

Link copied!
Interesting Articles
Psychology
The Last Drop of Meaning That Flows From the Fountain of Life

Psychology
How to Detect Insecurity in Your Children

Boldness always has a bit of optimism. To be bold is to become a part of the resistance which is…

Psychology
The People Who Only Want You When They Need You, Don't Deserve You

Psychology
The Emotional Vampire: Science Confirms It, Some People Consume Our Energy

We might call them emotional vampires.  Parasitic. They're the type that infects us with their negative emotions until they've drained all…

Psychology
Everyone Loves a Sincere "How Are You?"

A "how are you?" accompanied by a sincere smile and a welcoming look is therapeutic. Sometimes it's all you need. Sometimes…