Political Stress Syndrome doesn't appear in clinical manuals but refers to an evident social reality: the people around the world no longer trust the system and are quite fed up with it. It's also about the emotions these situations bring about. 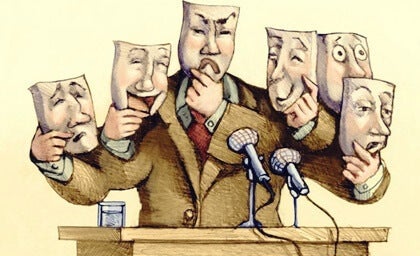 Many people are beginning to experience Political Stress Syndrome. There’s uncertainty, apathy towards the political class, and their messages. Also, there’s a weariness towards their internal disputes and above all, the people experience the weight of their corruption. Thus, the citizens no longer trust them. These situations lead to other negative emotions such as disgust, disappointment, anger, and sadness, among others.

Jorge Luis Borges said, with his characteristic wit, that politicians shouldn’t be public figures. This quote is a reality many are currently questioning. Some politicians shouldn’t be government officials due to their behavior, personality, and bad decisions. They don’t set an example, aren’t a source of inspiration and, furthermore, aren’t capable of holding power.

The world’s chessboard is one of the most complex current movements. There’s a rise of extremist sovereignty, independence, immigration drama, corruption, and increasingly less social policies. Thus, studies such as the one published by the Cambridge University Press describe this situation as the spiral of mistrust.

We can add other factors to mistrust, such as information overload and fake news. The media filter all these dynamics daily via information, opinions, news, some true some fake, television, radio, and social networks. All of this leads you to experience one of these two types of states: indignation and apathy.

The former can lead to activism, to take an active role in order to attain change. The latter brings discontent and, very often, the absolute loss of confidence in any party or political option. However, all these experiences start from concrete reality: Political Stress Syndrome.

“Politics is more dangerous than war, for in war you’re only killed once.”

What exactly is Political Stress Syndrome?

Political Stress Syndrome doesn’t appear in any clinical manual. It’s a popular term that’s been making the rounds recently. You can find an example of it in this article published in Psychology Today, where researchers analyze its impact on a child’s mind.

It’s not going to appear in the DSM-V (Diagnostic and Statistical Manual of Mental Disorders) in a short time. However, what’s clear is that this reality is already a source of analysis for political scientists and social psychologists. Furthermore, in some way, you can even describe the symptoms of Political Stress Syndrome.

The anatomy of Political Stress Syndrome mediates through many factors. In turn, these will have a greater impact depending on each person’s personality and needs. However, we can point out the constant pillars that occur every day:

Today, people go to bed without knowing what’ll happen tomorrow. You wake up every morning with more news about corruption, wiretapping, dismissals, new appointments, disagreements, threats, immigrants who lose their lives, and attacks, among other things.

One can add other factors that greatly concern citizens, those that pertain to social policies such as tax increases. The current policy puts the person in a state of almost absolute unpredictability.

From outrage to helplessness

This factor is very interesting from a psychological point of view. It’s common for people to be outraged after each scandal, uncovered corruption, and law that harms the citizen when they first hear about them. However, sometimes, few people care about corrupt politicians.

A part of the population becomes helpless almost without knowing how and begin to think “what’s there to do, it is what it is”. For example, it was common to see the President of the European Commission, Jean-Claude Juncker, mumbling and being very inappropriate.

When they see him, people laugh and remember those years when Boris Yeltsin also entertained the entire world. Therefore, most tolerate inconceivable situations of public figures that, as Borges said, are far from representing constituents with dignity.

How to manage Political Stress Syndrome

This isn’t a new topic. People understand that this type of phenomenon is common in certain scenarios of the political class: they’ve been going on for a while and they’ll continue to. However, currently, an element can enhance its impact, hence Political Stress Syndrome.

One can refer to the media, its information overload, and viral news. Turn on the TV and they’ll be discussing the exact same topics. So what can one do about this everyday phenomenon?

The problem occurs when the politician wants to take advantage of their position to deceive the society that has placed them in that place of privilege. On the other hand, the problem may disappear when society banishes those who betrayed it.

Geopolitics: How the World Works
Geopolitics is a science that deals with the study of geography, both human and physical, on international politics and international relations. Read more »
Link copied!
Interesting Articles
Social Psychology
What Are Behavioral Addictions?