George Orwell is known as one of the great writers involved in the genre of dystopian literature. With his unmatched novel 1984, he laid down the foundations for his ideas, encouraging the reader to take a more critical point of view. 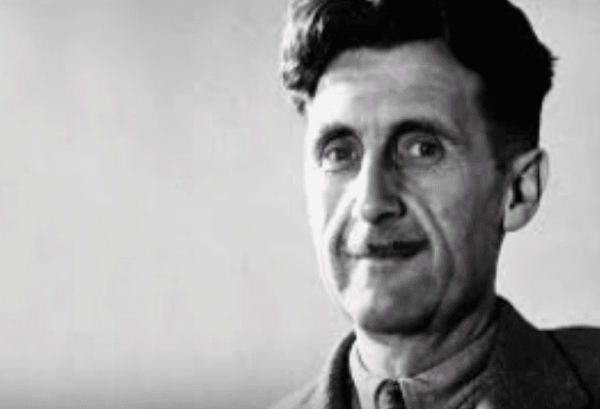 George Orwell was a British novelist, essayist, and journalist whose novels Animal Farm and 1984 made him a household name. His work, based on his personal experiences, is divided into three very different categories. First, his works against British imperialism. Second, some of his works support democratic socialism. Finally, the works that he wrote to denounce Nazi and Stalinist totalitarianism.

Orwell was one of the most important essayists of the 1940s. His most important works are focused, primarily, on opposition to fascism. The Spanish Civil War affected him deeply and he even participated in it to fight against fascism. His experiences during World War II also influenced his work. George Orwell would go on to write against totalitarian systems and the dangers of war.

His novel 1984 is his ultimate work against totalitarian societies. The world that Orwell recreated in this novel was the birthplace of the term “Orwellian” used by people to refer to these types of societies. In this novel, he dealt with concepts such as the manipulation of language, mental control, and the abuse of power. Through the use of the dystopian setting, he presented a terrifying future world people wanted to avoid.

George Orwell is actually the pseudonym of Eric Arthur Blair. The writer was born in Motihari, India, in 1903. His father was a British agent in the Opium Department of the Indian Civil Service.

Young Eric was sent to England with his mother when he was still very young. There, he was educated in the best schools.

In these schools, George Orwell built friendships that influenced his first works. After finishing his studies in Eton, he decided to join the Imperial Police in Burma. He worked there for five years. During this period, his health deteriorated and he started to reject imperialism.

George Orwell and the war

After leaving Burma, Orwell returned to England in order to start publishing some of his works. He went into teaching but he also worked in a bookstore for some time. Nevertheless, writing was his main professional activity.

Later on, he lived with one of his aunts in France with the hope of establishing himself as a writer. However, his time in the Gallic lands also proved to be a disappointment. When he returned to England in 1933, he decided to start going by the name of George Orwell. In 1936, he decided to travel to Spain in order to fight fascism in the Civil War.

Although some of his friends, such as Hemingway, tried to dissuade him, he finally arrived in Barcelona at the end of that same year. Idealistic to the core, he fought on the “Huesca Front” where he was injured by a bullet to the neck.

His participation in the Spanish Civil War forever changed his perspective of the world. When he returned from the war, he had to stay in an English hospital because he suffered from a serious bout of tuberculosis.

Afterwards, he joined the Home Guard during World War II. He recorded his thoughts and experiences during that time in his work Diaries. Orwell worked for the BBC on programs meant to gain support for the allied war effort from East Asian countries.

Shortly before his death, he married Sonia Brownell. George Orwell died on January 21, 1950, due to tuberculosis.

Totalitarianism and the corruption of language for George Orwell

George Orwell firmly believed that totalitarianism and the corruption of language were intertwined. He asserted that political language distorted concepts and events.

1984 contains very important messages that support these ideas. One of them is a reflection on how a government can alter the structure of language to block any thought of rebellion or disobedience. Likewise, people involved in politics manipulate language in psychological manipulation campaigns.

He also wrote extensively on “doublethink”, which is the ability to keep two contradictory ideas in one’s mind at the same time. In 1984, he uses this type of cognitive dissonance with concepts such as the Ministry of Peace, that manages war efforts, or the Ministry of Abundance, which controls economic scarcity.

Without a doubt, language is the structure of human thinking for George Orwell. That’s why it’s so important to him. When a political agency centralizes control of language, they can restructure it in such a way that no one can ever question the absolute power of a government. This is totalitarianism.

Sometimes, literature or other types of art can deliver a fundamental message. In this regard, dystopian literature makes people think about these issues.

Orwell transports the reader to a distressing future, one that contains memories of our present. Through this, he encourages readers to take a critical and objective look at their own reality. How can a person change things? What can a person do in order to avoid this terrible future?

Orwell was a master of the genre and gave us one of the best dystopian masterpieces that have ever been written: 1984.

Pan’s Labyrinth: When Disobedience is a Duty
Pan's Labyrinth is a Guillermo del Toro movie that has a strong message related to disobedience. Read more about it here! Read more »
Link copied!
Interesting Articles
Literature and Psychology
10 Unforgettable Quotes from The Unbearable Lightness of Being