Picasso, a Biography of the Father of Cubism

Many consider Pablo Picasso, the father of cubism, one of history's greatest painters. In today's article, you'll find out what made him unique and why he's still an influential figure. 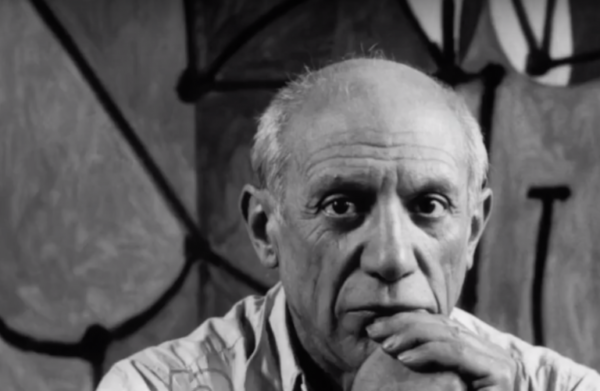 Pablo Ruiz Picasso, the father of cubism, is one of the most notable artists in contemporary history, no doubt. He was an activist as well as a painter. In fact, his works reveal his rather thoughtful thinking in regard to the world around him.

Pablo strove to analyze reality in a unique way. Cubism, the stylistic trend he started, was one of the greatest influences of 20th-century visual arts. Note that painting wasn’t the only area in which Picasso developed his skills. He also explored ceramics, sculpture, theater, cinema, prints, and ballet set designs. These are just some of the disciplines he experienced.

Picasso was a reference, an innovative artist, a brilliant man who went down in history and who will never be forgotten. This article will explore some interesting facts about him. Stick around to find out more!

Picasso – the early years of the father of cubism

Born in Malaga on October 25, 1881, Picasso was the eldest son of an artistic family. Thus, he had that influence early on. Pablo’s father was a drawing professor at the Escuela Provincial de Artes y Oficios in Malaga, Spain. It was he who taught Pablo his first drawing and painting techniques.

During his childhood, Pablo had to move constantly from one city to another due to the nature of his father’s work. Young Picasso wasn’t all too interested in traditional subjects, but he was an avid trainee when it came to drawing and painting.

At 17, he received an honorable mention at the Fine Arts Exhibition in Madrid. From then on, his life began to be a series of successes, awards, and recognition. At that time, the Picasso family was already residing in the city of Barcelona, ​​once again, as a consequence of the father’s work. The city of Barcelona would define Picasso as one of the greatest characters of the 20th century.

Picasso, the father of Cubism and exponent of the avant-garde art movement

Picasso met many of the young people who would later form the avant-garde movement during his time in Barcelona. Between 1898 and 1900, Pablo was already a regionally famous artist. This is when he decided to start signing his paintings using only Picasso, his mother’s last name.

A few years later, in 1904, Pablo moved to the French capital, the place where all the young artists of the era wanted to be at. This is because Paris was one of the main art hubs of the 20th century.

In the 19th century, Paris was already the place where poets, writers, musicians, painters, sculptors, ceramists, critics, and hedonists, in general, wanted to be. It was the place where one could “breathe” art. Where the bourgeoisie intermingled at night with prostitutes and dancers. Paris had an interesting nightlife that smelled of opium and tasted like absinthe. Therefore, it’s not surprising for it to be idealized and desired by the artists of the moment. Paris had a bohemian vibe, the kind Puccini embodied in his opera La Bohème.

It was such an impressive moment for art and literature that artists of later eras still try to capture it and pay tribute to it in their work. For instance, Woody Allen’s Midnight in Paris is the perfect example of this large gathering of influences.

During his stay in Paris, Picasso began to develop Cubism, the artistic style for which he’ll always be remembered. Under the influence of Paul Cézanne and accompanied by Braque and Apollinaire, Picasso began to distort reality in a rather unique way. Cubism, in its beginnings, represented a form of abstraction of landscapes and natural forms.

Picasso lived an intense life of political activism while developing his artistic life. He joined the communist party and remained a faithful defender of the republic and social rights. However, he rejected violence and decided not to fight on the front lines during the wars.

Pablo was a rather passionate man which he expressed through his many romances. The artist thoroughly enjoyed his love, though. Olga Khokhlova, Marie-Thérèse Walter, Dora Maar, and, of course, his wife, Jacqueline Roque were among his most important muses.

The importance of Pablo Picasso in the avant-garde movement

Pablo Picasso may just be the most iconic artist of the 20th century. This is because he represents everything an avant-garde artist should be. He was an artist who constantly reinvented his work. He didn’t mind being influenced by the work of his contemporaries but was always true to himself.

Pablo’s brilliance resided in his ability to continuously look for truth in art. Like many avant-garde artists, Pablo always maintained that there was an innate quality to art. It was the duty of any genuine artist to seek this transcendental truth without giving up.
For this reason, as we mentioned at the beginning of this article, Picasso didn’t stick to a single artistic activity. In fact, he was a painter, sculptor, engraver, ceramicist, and even a filmmaker. His greatest passion was painting though, but his curiosity led him to explore other forms of expression.
One can measure Pablo’s success in the art market. The works of the father of cubism continue to produce exorbitant profits on the international scene. Most of his works are in private collections, and almost all his paintings maintain their high price in the art market.

Picasso never ceases to generate curiosity in the public worldwide. It was for this reason that he made multiple appearances on TV and film productions. For example, he has a role in the aforementioned Midnight in Paris, even though he’s a minor character in it. He’s represented in the National Geographic series Genius with a greater role, though. The actor Antonio Banderas plays him.
Picasso, the father of cubism, is one of those authors whose footprint is still present today, no doubt. He’s the kind of person whose hallmark is easily identifiable, even by the most unschooled audience. In addition to his contributions to the world of painting, he was a unique artist, who experienced the magic of Paris in his own flesh. He lived that kind of Bohemian life and, ultimately, his own life. The one everyone tends to idealize.
Pablo Picasso – Seven Great Quotes
Many quotes by Pablo Picasso are a true gift for mind and spirit. No doubt the talent of this wonderful painter doesn't just reflect in his paintings. Read more »
Link copied!
Interesting Articles
Biographies
Edmonia Lewis, Pioneer of Her Destiny