Neuroesthetics: Where Neurology and Art Meet

Neuroesthetics bridges two fascinating branches of knowledge: neurology and art. In this article we'll try to understand, for example, why we are attracted to certain objects or faces. 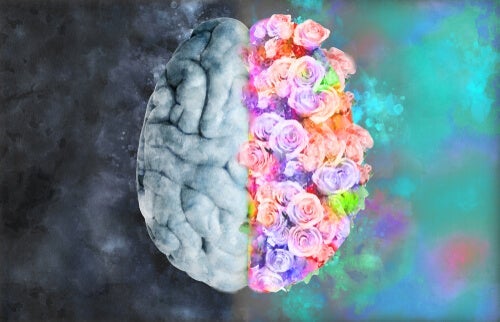 For centuries, there have been many questions such as “What’s art?”, “How do we perceive beauty?”, and “What defines something as beautiful?”. These questions have inspired many debates. Well, approximately 10 years ago, a discipline called neuroesthetics arrived on the scene to attempt to find the answer to these questions. This recent line of study, also called NeuroArt, combines knowledge and techniques derived from neurology and art.

For many, it may seem absurd to quantify and measure art. However, the purpose of this trend is to find the common points in all artistic works. Scientists are aiming to find out what happens in a person’s brain when they contemplate an aesthetic object or a work of art, or when the person creates one themselves.

What’s the point of neuroesthetics?

From a biological point of view, the aesthetic response could be based on a specialized type of attraction. This special attraction concerns specific objects, people, colors, ideas, etc.

Attractions or aversions have played a fundamental role in our evolution, and its benefits are evident. For example, we’re attracted to the colors of healthy foods. And, in the same way, we dislike foods that look bad, like rotten fruit.

We’re also more attracted to certain faces. We learn to identify those little gestures from the opposite sex that will help us reproduce successfully.

On the other hand, art depends on the senses, and these, in turn, depend on the brain. Because of this, there’s no doubt that, at a neurological level, there will be signs in the brain to indicate that something is pleasing to us.

How is it possible?

The main findings in the field of neuroesthetics have stemmed from different types of research. As in many areas, experts observed the first results following the study of cognitive processes and people with brain injuries.

Neuroimaging studies have also been carried out on subjects while a person gives positive or negative judgments about works of art. And, of course, while contemplating other areas of the arts, such as dance, music, painting, etc.

These studies in neuroesthetics mainly make use of functional magnetic resonance imaging. This allows us to collect information about the areas that are activated during a task, and with what intensity. There are also studies that use physiological techniques, such as an electroencephalogram.

The connection between neurology and art

A study carried out in 2007 by a team of neurologists attempted to answer the question of whether beauty is completely subjective or not. To do this, they showed the volunteers images of sculptures of Classical and Renaissance Art whilst they were in a magnetic resonance machine. First of all, they showed them the original images, and then, after that, the same sculptures but with modified proportions.

After seeing them, the volunteers had to say whether they liked it or not, and then make a judgment on the proportions. What these scientists found was that, upon observing the original sculptures, there was an activation of the insula. This region deals especially with abstract thinking, decision making, and perception.

When they said they thought the sculptures were beautiful, the right part of the amygdala showed a response. This area of the brain is crucial in the processing of emotions, especially satisfaction and fear.

However, according to another study, the perception of beauty and ugliness is processed by the same areas (orbitofrontal cortex) and only differs in the intensity of activation.

Not everything has to do with the brain

In spite of everything, not everything has to do with the brain. In the conception of beauty, and attraction to certain artistic works, the influence of culture is enormous. Therefore, it’s essential to take the social and cultural context into account when drawing conclusions about what we consider to be beautiful.

For example, a study of neuroesthetics observed that the works of art shown to the participants that were labeled with MoMA (Museum of Modern Art) were perceived as more beautiful than the rest (whose location were not specified).

There can be many cultural determinants in neurology and art. But the exciting thing is that two different works will cause the same effect in the brains of different people.

The Motor Cortex: Characteristics and Functions
The motor cortex is a part of our brain that helps us control, execute, and plan movement. Learn about its structure, location, functions and more here! Read more »
Link copied!
Interesting Articles
Brain
The Neurobiology of Moral Sensitivity

The orbitofrontal cortex is one of the most interesting parts of the brain. It's related to our personality, our emotions,…

Brain
The Amygdala and Anxiety: What's the Link?

There's a direct relationship between the amygdala and anxiety disorders. This is a fact that's been known for a long…