Brain Plasticity: How to Achieve an Elastic Mind

Adopting a more flexible mindset would certainly help you respond to everyday difficulties in a more effective way. After all, change is inevitable, and in the face of each of these challenges, a more open, dynamic and creative approach will always be of great help, 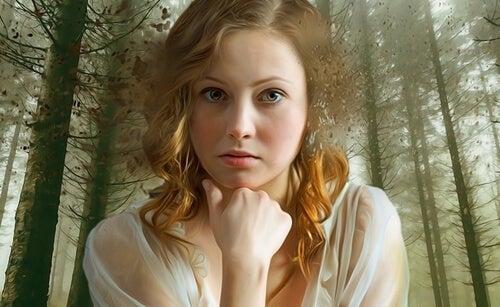 Albert Einstein said that the true potential of human intelligence relied on its ability to change. Being able to assume new perspectives and ideas and getting rid of useless concepts is one of the best virtues humans have. That being said, it’s not surprising that the concepts of brain plasticity and elastic mind are widely known and studied within the fields of psychology and art.

A few years ago, at the MoMA (Museum of Modern Art) there was an exhibition which represented this idea. Our society is living in a moment where everything is constantly changing. As the years go by, science and technology become more and more important in humans’ way of processing reality, working, relating to others, and even understanding the world.

Thus, in books as interesting as Design and The Elastic Mind by Hugh Aldersey-Williams, Peter Hall, Libby Hruska, and Rebecca Roberts, we can find out more about the need to develop more elastic thinking. Only by doing this are you going to be able to survive and give your best in an environment in constant change; one where you’re almost forced to improvise and react quickly in order to solve more than one challenge.

Achieving brain plasticity isn’t exactly easy. The brain is usually very resistant to change and clings to its comfort zones as much as possible. However, teaching the mind to become more innovative and flexible can lead to great positive changes as a consequence.

Brain plasticity and its characteristics

If we were to talk about a mental quality that we should all train, develop, and apply in our day to day life, it would undoubtedly be brain plasticity.

On the opposite side, we’d all have a fixed mindset that’s constantly frustrated by realizing that things aren’t always as one wants and expects. Some people don’t admit criticism, are unable to handle failure well, and also avoid challenges due to fear of making mistakes.

Knowing this, we invite you to reformulate your concept of talent. It’s true that some people present a natural disposition towards certain competencies; whether music, art, engineering, and clinical psychology, among others. However, despite this, these people won’t achieve success or well-being if they don’t have an elastic mind. Those who truly get an advantage are the ones that open themselves to new paradigms and leave their fear of failure behind. Let’s see what this is about.

Things are never black or white. The truth is that reality unfolds in a range of unattractive grays that people must get used to. Thus, brain plasticity makes it easier for people to get used to uncertainty. The work you take for granted today can be lost tomorrow. That person who fully supports you today might not be here tomorrow. Everything surrounding you has a spark of uncertainty in it. That’s why it’s important to learn to deal with it.

The elastic mind goes beyond the conventional

When we talk about conventionality, we refer to that safe space that’s easy for you to get used to. It gives you a feeling of permanence, stillness, and roots. However, if there’s something you must understand, it’s that life isn’t static. Life flows, varies, changes, and often moves very fast. One way to survive these changes is by innovating. Going beyond what’s conventional is key in order to get a new perspective.

Moreover, in order to develop innovative thinking, it’s vital to start relying on creativity and intuition. Observation is important, but it’s not all there is to it. Analyzing what surrounds you, perceiving other people’s needs as well as your own, and applying proactive behavior are all important ingredients for developing brain plasticity.

Being tolerant of failure: a mistake is a lesson

The way a person deals with mistakes and failure says a lot about them. On one hand, fixed mindsets remain blocked and tend to avoid situations where they feel competent. On the other, however, the elastic mind applies another vision. For example, you need to understand that failure isn’t a reason to give in to certain things. Instead, it’s a learning opportunity. Remember that a forced step back is often a way to gain greater strength.

The elastic mind: a brain that feeds on curiosity

If we were to give an example of a figure who developed great brain plasticity throughout his life, we’d have to mention Leonardo da Vinci. The Renaissance man par excellence acquired knowledge through observation and experimentation like no one before.

As we all know, Da Vinci was well ahead of his time in many subjects. He gained most of his knowledge thanks to that gift that we all have and that usually peaks in childhood. Yes, we’re talking about curiosity. The elastic mind doesn’t fear change. On the contrary, it seeks it because its constant need to know is its biggest motivation.

To conclude, we’ll mention something psychiatrist Claude Robert Cloninger pointed out. If people are receptive to news and changes in their day-to-day lives and accept them creatively without fear, their personalities will become stronger. The mind that dares to extend beyond its comfort zone will never be the same again.

Mental Flexibility for Happiness: The Key to a Relaxed Mind
We wish to look at things from another perspective, to train our mental flexibility to be more resistant to changes and adversity, but how? Read on! Read more »
Link copied!
Interesting Articles
Brain
The Neuropsychology of Aging