Pet Dogs are Therapeutic for People with Borderline Personality Disorder

For people with borderline personality disorder, contact with dogs can be very therapeutic. It can help them gain social confidence they might otherwise struggle with. 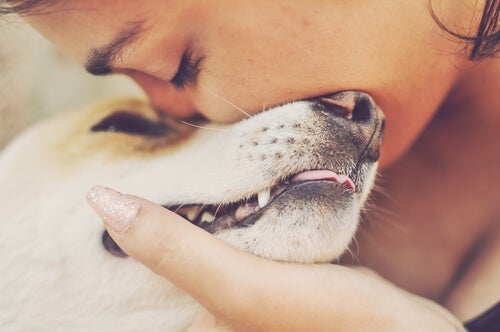 People with borderline personality disorder (BPD) tend to feel empty inside. This usually stems from dysfunctional childhood experiences. When they tell you their life story, you notice a lot of recurring themes. They talk about absent parents, emotional neglect, and lack of physical affection, among other things. So how do pets come into the picture? Keep reading to find out why dogs are therapeutic for people with BPD.

The environment isn’t the only factor for developing borderline personality disorder. Genetics play a significant role as well. Patients with BPD feel lost and broken, like they’re drowning in their desperation.

Their fear of possible abandonment is so strong that they tend towards self-destruction. This ends up being a self-fulfilling prophecy because since they’re afraid people will leave them, they push away those they love.

It’s important to keep in mind that BPD patients are extremely sensitive and feel deep emotional pain if someone contradicts them or frustrates them.

On the other hand, dogs or other pets never judge or abandon people. This allows BPD patients to become attached to them as a way to receive love without any risk of getting hurt.

Many patients who suffer from borderline personality disorder become attached to their pets, especially dogs. In a way, their pet fills up that empty space inside them.

The reasons why dogs are therapeutic for people with BPD

Contrary to what can happen in interpersonal relationships, animals are incapable of making someone feel as if their emotions aren’t valid. Emotional invalidation is when you deny that the emotions a person is feeling are real or valid.

Usually, people with BPD have this issue with their family and close friends. Some basic examples are saying things such as “You can’t be thirsty, you just had a drink” or “I don’t understand why you cry all the time if you have everything you need”. Dogs never do this, which is why they make BPD patients feel completely accepted and validated.

Pets can’t judge their owners. They lack the language to express those kinds of feelings and they don’t have the cultural and social beliefs that humans have. These beliefs, stereotypes, and prejudices are often responsible for the way that we judge other people.

Patients with BPD experience unbearable emotional pain when someone judges them. That makes it extremely difficult for them to maintain relationships. Dogs and other pets can make BPD patients feel at peace. This judgment-free relationship can make them feel like they belong,

Dogs are great company for BPD patients. No matter what you’re going through, how much you cry, or how unstable you feel, dogs will stick by your side. This kind of companionship is exactly what BPD patients sometimes need to find balance. In a sense, dogs help their owners regulate their emotions.

Dogs love you without expecting anything in return. Because so many patients with BPD suffer from low self-esteem, having a dog can make them feel more confident and sure of themselves. A lot of their problematic behavior stems from needing affection, love, and understanding. The problem is that their behavior often produces the opposite effect. In this context, a dog can provide the unconditional love BPD patients need, even if they’re struggling.

Disadvantages of pet dogs for people with borderline personality disorder

While it’s clear that BPD patients can build special and healthy bonds with dogs, there are some drawbacks to those relationships. Sometimes, dogs become a sort of buffer for their emotions, acting as an emotional adhesive bandage.

This is because relationships with dogs cover up dysfunctional and painful emotions. This is fine at first, because it helps BPD patients regulate their emotions and feel more emotionally stable. The problem is that the patient can become overly dependent on their dog, which makes it easier for them to avoid dealing with interpersonal situations. They may even shut themselves off from other people and rely on the pet to fulfill all of their emotional needs.

Thus, it’s important to find a balance to make sure that dogs are therapeutic and aren’t making the situation worse. The idea is to maximize the benefits that a pet dog provides without becoming emotionally dependent on them. BPD patients should also try to develop relationships with the people around them. They should be willing to feel frustrated sometimes. Also, they have to accept the fact that they’ll be criticized at some point or another and learn to deal with it.

Another disadvantage of BPD patients becoming attached to their pet dogs is that dogs tend to die long before humans. This can cause a serious crisis and lead to self-harm, impulsivity, aggressiveness, intense dysphoria, etc.

In conclusion, as with most things, pet dogs are therapeutic for patients with borderline personality disorder in moderation. Although BPD patients can benefit from the company of an animal, special care must be taken to ensure that the relationship doesn’t become toxic and a poor substitute for proper emotional regulation.

Crisis Intervention for BPD (Borderline Personality Disorder)
Borderline personality disorder patients have crises over the course of their lives. In this article, we'll discuss crisis intervention for BPD. Read more »
Link copied!
Interesting Articles
Therapies
What's the Draw a Person in the Rain Test About?