Why Does the Brain Age? The Answer is in Your Genes 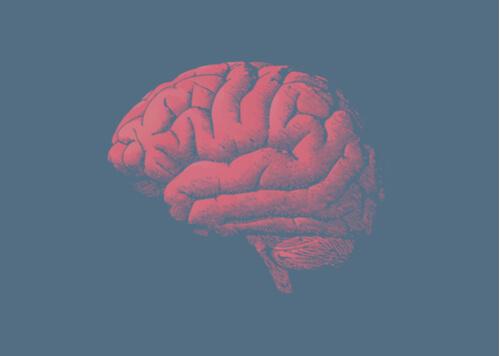 The brain ages just like any other structure or system in your body. However, there are people who seem to be more affected by the passage of time than others. We aren’t just talking about physical changes. Some people’s abilities change with age as well. Why does this happen? More importantly, what can you do about it? Are some people just more prone to the effects of aging? Are there tools to help slow down the brain’s aging?

The answers to the mystery of the aging brain are in certain genes. A group of researchers from the Babraham Institute in Cambridge (UK) and Sapienza University of Rome (Italy) found the answers buried in the genetic inner workings of the brain. These genes influence the complex mechanism of cognitive deterioration related to age.

We already know a good deal about what happens as the brain ages. For example, we know that the neurons deteriorate and die, only to be replaced by new ones. A type of stem cells, the neural stem cells (NSC) to be specific, facilitate this process. These are nervous system cells. They can regenerate and make parent cells.

However, over time these cells become less functional. That means the brain doesn’t work as well either. But what makes these cells age? What are the molecular changes responsible for their decline? These are questions that researchers managed to answer.

What happens when the brain ages?

Before we look at why the brain ages, we’re going to talk about what it consists of. The aging of the brain is inevitable, up to a certain point. It’s not, however, uniform. In fact, it affects all brains differently. Stopping the brain from aging or delaying it would be the best option for achieving eternal youth.

The human brain contains about 100,000 million neurons. They’re connected by trillions of synapses. Over the course of your life, your brain changes more than any other part of the body. From the moment that the brain starts to develop during the third week of gestation until old age, its complex structure and functions also change.

During the first years of life, a child’s brain creates more than a million new neural connections per second. The brain’s size quadruples during the preschool years. At around 6 years of age, the brain reaches about 90% of its full adult size.

Once they reach that point, however, you start to age. As you age, your bodily systems start to gradually deteriorate. The brain is no exception. As such, normal aging brings on certain changes in memory.

The general changes that happen to an aging brain include:

The role of genes when the brain ages

Now we know what happens when the brain ages. So let’s go back to the study we mentioned at the beginning to see what role genes play in the process. According to researchers, the DBX2 gene might explain brain aging.

Scientists compared the genetic changes in stem cells/progenitor cells (NSC is the abbreviation for neural stem cells) of 18 month-old rats to those of 3 month-old rats. They identified more than 250 genes that changed their behavior over time. That means that these genes probably cause poor functioning of the indicated cells.

Once they identified these 250 genes, scientists noticed that an increase in a gene called DBX2 seemed to change the aged NSCs. They did in vivo and in vitro tests. These tests showed that an increase in this gene in young NSCs made them act like old stem cells. The increase in DBX2 activity prevented the NSCs from growing or proliferating like the young cells.

In addition, they looked at the oldest NSCs. There, they identified changes in the epigenetic markers that might explain why stem cells deteriorate over time. If we think of our DNA like an alphabet, the epigenetic markers are like accents and punctuation marks. They tell the cells if and how they should read the genes. In this study, scientists discovered how these markers placed themselves in different ways on the genome, “telling” the NSCs to grow more slowly.

An Extraordinary Brain: Autism and Einstein
The human brain is an organ as complex as it is mysterious. Every day neuroscience moves forward and exposes more new information about the functioning of the brain. Read more »
Link copied!
Interesting Articles
Brain
Intracranial Aneurysm