People Who Live in a State of Permanent Indecision 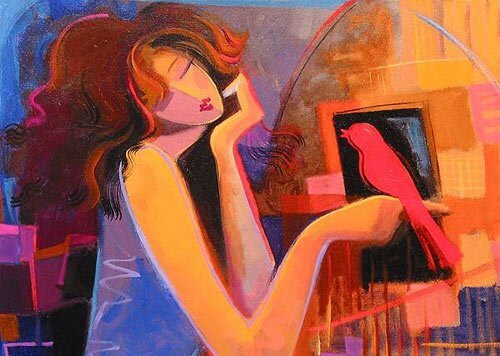 “I do what I do because it’s what I have to do.” You may have heard this said a few times, and it’s a statement that concerns one of the most powerful motivations in the world: duty. We arm ourselves with it to take action. It’s a powerful reason to get us to do something when faced with indecision, which can plant the seeds of apathy and disinterest.

Pacifist leader Indira Gandhi once said that you can’t be a prisoner of indecision because it leaves all doors open. This alludes to a theory that was later proven by psychology: the more options you have, the more indecisive you become. This state of indecision can lead you down unpleasant roads. Remember that in the long run, inaction is never a good option. Below, we present a few arguments that demonstrate this.

Reality is full of decisions

Maybe one day you finished your studies. At some point in your life, you had children, got married, or decided not to share your life with a partner. At some point you chose a job or a friend…All of these decisions are somehow carved into and have shaped your present reality. If you don’t think this is the case, imagine how your life would be right now if you hadn’t made any of those decisions. Think about how your life would be if all of these lasting decisions had been made for you by someone else.

Now I’d like to propose another idea. What if, after you made a decision, your mind turned into a boiling pit in which the bubbles were all the decisions you could have made? Think, for example, of a young person who has decided to study psychology. How would they feel if afterwards they focused all of their attention on critical thoughts, like feeling that they ought to have chosen a more practical major, with a lower unemployment rate or better pay?

What happens when you’re in a constant state of indecision?

To respond to the questions raised here, I think it’s a good idea to turn to the theories of Tony Robbins. The famous speaker and coach explains that the main cause of failure is a lack of clarity. When Robbins talks about failure, he’s not referring to a job or a business deal that didn’t go well. He’s saying that if we’re not decisive, we’ll fail at everything, whether it’s a friendship, a romantic relationship, a project, a dream…

So, Robbins asks, what makes us incapable of making decisions? There are two interesting answers to this question. Let’s take a look at them:

The fear of being criticized

One reason we suffer from permanent indecision is the fear of criticism. As social beings, we often think that doing this or not doing that will please other people.

“If you are influenced by the opinions of others, you will have no desire of your own.”

Now, remember that there are 7 billion people in the world, each one unique, with their own personal opinions. Of course nothing you do will please that many people! But there will be some who do enjoy and are attracted to what you do. So, what other people think should never be a reason for inaction. In fact, Mexican millionaire Carlos Slim sums up this idea in a solemn sentence: “when you live for other people’s opinions, you’re dead.”

The fear of failure

Another important reason, according to Robbins, for why we get stuck in inaction is the fear of failure. So, it’s actually the anticipation of failure that causes many people to avoid taking action.

But really, what is failure? Is it the opposite of success? In truth, no, it isn’t. We have to learn to live with it, because throughout our lives we will make mistakes and fall many times. However, we’ll also learn important lessons that will help us try again with more enthusiasm and more knowledge.

For Robbins, failure really means not trying. You fail when you don’t learn or get back up. According to him, the true mistake is not persevering, not learning, not taking care of every detail, not taking human error into consideration when you make plans, not doing your part, etc.

For this reason, Robbins concludes that permanent indecision is a serious mistake. Immobility leads to mediocrity, fear, and unhappiness. Sometimes you’ll win, and other times you won’t. But when a relationship or business deal goes wrong, that doesn’t mean it will always be that way. The past influences the future, but it doesn’t determine it. So stop making excuses, start making decisions, and give it your all so you can enjoy the journey, wherever destiny takes you.

Psychology
The Importance of Manners and Respect

"Please" and "thank you" are magic words that can open many doors in life. This is because people like when you talk…