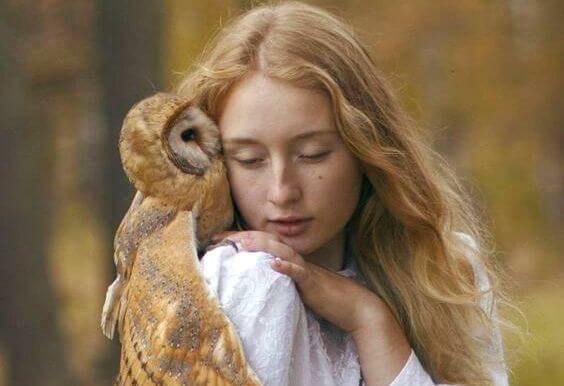 The sixth sense is another word for a person’s natural intuition. It’s the inner voice that speaks to you from those lucid gut feelings that aren’t always taken seriously. However, ideas that are “felt” can sometimes have much more value than ideas that are “thought,” because they’re a reflection of your true self.

That’s all well and good, but…can we really rely on our sixth sense? The answer is simple: you have to give it the value it deserves. Because we’re not talking about ESP or precognition. Intuition consists of ideas that come to the brain unconsciously. In reality, the sixth sense is a delicate search through one’s ocean of unconsciousness to find the right answer in a moment of need.

“In the ocean, as in love, it is often better to back a hunch than obey the books.”

Sometimes, when you get to know someone, there’s an inner voice that tells you they can’t be trusted. When you have to make a decision about something, even after thinking about it, you pick the option that you felt was correct from the start. The sixth sense is always there, present but hidden. It is a discreet but guiding force, shaping many of your reactions and many of the paths that you choose in life.

Instead of seeing it as untrustworthy, it’s important to note the implications that intuition has today. Having a higher intuitive intelligence allows you to go deeper into yourself and adapt much better to your environment. In this way, you’ll be more effective at work and happier in your relationships. Now we’ll explain why.

Intuition and its privileged area of the brain

We know that the brain functions based on interconnected information. However, the brain doesn’t know everything, and it’s often obligated to improvise. In fact, that’s what it does most of the time. It does this based on experiences – everything you’ve seen, felt, and interpreted – so that it can develop an intuition about something.

It’s important to recognize that the sixth sense is an incredible survival system. You could say it’s like an alarm. When something isn’t going well or when you need to react quickly and effectively, this fascinating inner circuit, this compass, is activated. Thanks to these gut reactions, you’re able to adjust the course of your behavior to initiate a more effective response.

In recent years, this subject has aroused a lot of interest, to the point where we already know the exact area of the brain where the sixth sense is developed. Scientists from Washington Univeresity in St. Louis explain that it is located in the anterior cingulate cortex of the brain, a region strategically located in between the two hemispheres. Also, according to experts, this area is connected with the unconscious mind to warn us against certain dangers.

Sensitivity: The Most Elegant Kind of Intelligence

Characteristics of people with a highly developed sixth sense

In 1930, when a reporter asked Albert Einstein about whether he really believed in his theory of relativity, he responded that “the only real valuable thing is intuition.” He was completely certain that his studies were true. He had intuition.

“A hunch is creativity trying to tell you something.”

Einstein’s personality and authentic trust in his work is a great example of the sixth sense. Sometimes, you don’t have to see or touch something to believe in it. Nobody has to show you, for example, that the path you’re taking is the right one if you can feel it. And you don’t have to consult a book to know that you love and are loved. Your heart tells you. Intuition tells you.

First of all, it’s important to understand that the sixth sense can be trained and improved every day. In fact, there are some very interesting books on the matter, such as Educating Intuition by Robin Hogarth and Blink by Malcolm Gladwell.

In addition, these authors indicate that it’s common for a true sixth sense to develop between 40 and 50 years of age. This is a time of great inner growth, an awakening of one’s emotions and needs. However, the general characteristics of people with a greater sense of intuition can be summarized as follows:

Taking a perspective on life based on these strategies will lead you down a more liberating, satisfying path. Because in the end, intellect is always right, but intuition is rarely wrong.

Link copied!
Interesting Articles
Psychology
6 Strategies to Harness the Power of Your Mind

Some people worry about keeping their body in the best condition, without keeping in mind that their mental state is…

Although managing daily stress seems like a modern type of 'battle', the truth is that it's one of our oldest defensive instincts. However, the defense mechanisms our ancestors resorted to against…

Psychology
Paul Watzlawick and the Theory of Human Communication

According to Austrian psychologist Paul Watzlawick, communication plays a fundamental role in our lives and society. Most of us, however,…

Psychology
The Aristotle Complex: Thinking You're Better than Everyone Else

The Aristotle complex isn't exactly seen as a disorder in the fields of psychology and psychiatry. It's more of a group…