People Addicted to Conflict Are at War with themselves 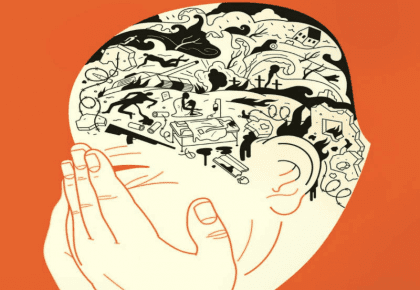 Living with people who are addicted to conflict is like living in a minefield. Their very presence creates a bad atmosphere. They unsettle people who know that it will only take a comment, a gesture or a word to make them jump on us. Furthermore, they fill the air with tension, and infect us with their desire to fight their internal wars.

We’ve all known people who are conflict seekers. We aren’t talking about problem seekers that we can find in every secondary school classroom. They are just simply trying to cope with adolescence and trying to find their identity. We are, however, talking about a very specific type of person who seeks to destabilize, break the family harmony, create disputes between neighbors, and start pitched battles at work.

We are talking about an addiction, an almost compulsive search for conflict. So, rather than taking it as something anecdotal, authors such as Dr. Bill Eddy, mediator and creator of the High Conflict Institute, warn us of something very specific. In our culture, this type of person is present almost anywhere we go. We must, therefore, become aware of what is behind their attitude, and, consequently, learn how to handle them better.

“Some people cause happiness wherever they walk, others provide it when they leave.”

People addicted to conflict, the anatomy of anger

We could say that the best strategy to deal with conflict addicts is to avoid them. However, we can’t solve everything in this life by escaping out the back door. Nor by distancing ourselves from them or deleting them from our list of contacts. As social beings we are obliged to live together. We should also be aware of the possibility that we are one of those people ourselves. Are we, perhaps, someone who resorts to conflict when we are facing things we don’t know how to handle.

It is noteworthy that it is social workers, lawyers, psychologists or psychiatrists that often find themselves in contact with this type of person. The simple reason for this is that people who are addicted to conflict are behind many lawsuits, complaints, cases of gender violence and labor disputes. It is crystal clear. There are, unfortunately, people who seek to project their anger on others.

Dr. Eddy estimates that 15% of the adult population suffers from some type of psychological disorder.  The definitive list has been compiled in the Diagnostic and Statistical Manual of Mental Disorders (DSM-V). He sugggests that at least 10% of these people have what he has called “high conflict personality”. Let’s see what behavior characterizes people with this type of personality.

How are people addicted to conflict?

Something we must be clear about when faced with conflict-seeking people is that the problem, the argument or the excessive reaction is not real. The problem is not in us, but in them. The problem is due to them being emotionally unbalanced. They have no control over their emotions, nor any psychological strength.

Here’s the lowdown on people who are conflict addicts:

“The person who is not at peace with himself, will be at war with the whole world.”

How to handle people addicted to the conflict?

There will always be those who are highly contentious and those you can reason with a little better. However, in many cases we are obliged to live with people as complex as they are exhausting. This is precisely when we should be taking appropriate measures. The first thing we should take into account not to take their reactions as something strictly personal. The truth of the matter is that these people are in conflict with themselves.

As much as it is possible, we shouldn’t waste our breath trying to reason things out with these types of people. There’s simply no point wasting our time arguing with someone who doesn’t want to listen to reason. Let’s not get carried away by all their huffing and puffing. Let’s just limit ourselves to trying to see how they are affecting us and how we can nullify this negative impact.

Also, from a purely clinical point of view, the conflict addict should seek treatment for their negative behavior. The DSM itself is studying the possibility of including conflict seekers as a type of disorder to consider treatment for. Specific psychological treatment is a valid option for these type of people. A specialist could work on important aspects such as emotional management, anger control, and how to learn to bond with others through empathy and more respectful behavior.

Our conclusion is that no one really sets out to be a conflict seeker. Yes, we will have to establish limits when dealing with them. However, we must also realize that behind that uncomfortable facade of “problem seeker” there are a whole plethora of complexities and hidden wounds that are demanding attention.

This Is How Assertive People Resolve Conflicts
Assertive people are neither submissive nor subservient, neither arrogant nor narcissistic. They are not disrespectful. Read more »
Link copied!
Interesting Articles
Conflicts
Assertive Techniques for Conflict Resolution

Conflicts
Correcting a Person Who Maintains a Wrong Idea