7 Ways People Can Manipulate You Without You Realizing It 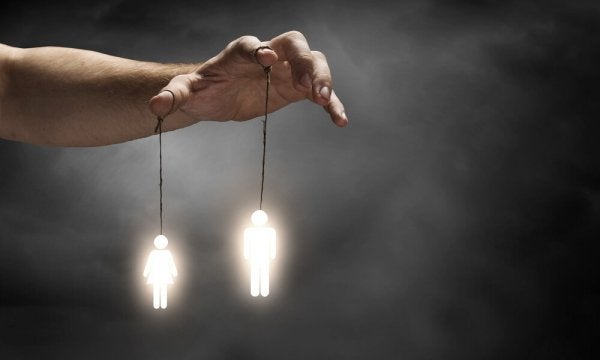 We all want to influence other people’s behavior, some way or another. However, some people take it to the extreme. They don’t just want to exert influence over someone else, they want to control and manipulate them. That’s when manipulation tactics come into play that you might not even notice.

Most of these tactics are used in”normal,” mundane behavior, but that’s why they go unnoticed and exactly why they’re so problematic. They’re there, but you don’t realize what’s going on.

Almost all of these tactics take advantage of basic emotions like fear, anger, or sympathy. Manipulators find a way to provoke these emotions in you without any good reason. That’s why it’s so important to learn how to recognize them and identify them. Here are seven ways that people might manipulate you without you realizing it.

1. Blame – a silent form of manipulation

Blame is an emotion that can be very intense. It can make people act very unreasonably. It doesn’t feel good because it basically takes a person’s ethical code, one they accept and value, and twists it.

People can manipulate you with blame by judging your behavior. They decide if what you do is good or bad. If you don’t have your own criteria for judgment, it’s really easy to fall into this trap. Manipulators make you do something or say something purely for the benefit of others while making you see it as a benefit to yourself because it frees you from that feeling of guilt and blame.

Insecurity is another one of those feelings that people take advantage of when they want to manipulate you. They do it by identifying situations where you have weak convictions or little self-love. They take advantage of it for their own benefit.

If you’re insecure, then negative criticism about what you do or say, making fun of you and belittling you are all forms of manipulation. Manipulators may also try to confuse you, turning your simple mistakes into a big one. They may  make you think that they know more than you about yourself.

Some people are very good at using victimization to manipulate others. They pretend (sometimes without realizing it) to be fragile or needy. They hope to appeal to other people’s compassion and make them feel guilty.

When someone poses as a permanently needy and dependent person, it’s a form of manipulation. You act certain ways because you feel bad for them. What you don’t realize is that you fell into their trap and they are controlling you.

You shouldn’t always believe flattery. Sometimes the intention is really just to lower your defenses and make you easier to manipulate. When someone flatters you, they earn your good will. But they aren’t always doing it with good intentions.

The best antidote to flattery is knowing yourself well. No one knows your strengths and weaknesses better than you. If you know yourself, effusive admiration and flattery won’t take you by surprise. Other people won’t be able to “butter you up.”

They manipulate you when they say, for example, that you “should” act in a certain way. If you don’t, you will end up in an undesirable situation. It appears that they are just appealing to reason. However, what they are actually doing is trying to condition you through fear.

People who create discord about everything are almost always manipulating you. We’re talking about the kind of people who are up in arms about the smallest little things. They make other people feel like they should treat them special if they want to avoid constant conflict.

They manipulate to avoid any kind of consequence or punishment. They act this way so that people won’t point out their flaws. Other people end up thinking that they, not the manipulators, are responsible for the conflict. The person doing the manipulating always gets away with their agenda.

People who pretend not to understand what you’re saying are also manipulative. They might pretend not to be involved in a problem that they’re responsible for, as well. This is another way they take advantage of other people.

These forms of manipulation lead to dishonest, abusive relationships. You shouldn’t tolerate them under any circumstances, because no good can come from them.

Sigmund Freud's theory of personality kept on changing as he got further with his ideas. Freud thought that the human personality…

Hysterical aphonia manifests as a result of a fear of speaking or singing, psychological trauma, an ongoing voice disorder, long-term…

Psychology
The 5 Keys to Assertiveness

The keys to assertiveness are all actually very simple. They come from respect, humility, and a desire to live a better life. Of course, learning to be assertive will take some…

Wanting to do something means being motivated, cherishing a vital objective, a goal. When we feel desire we move toward what we…