Why is Gender-based Violence Increasing Around the World? 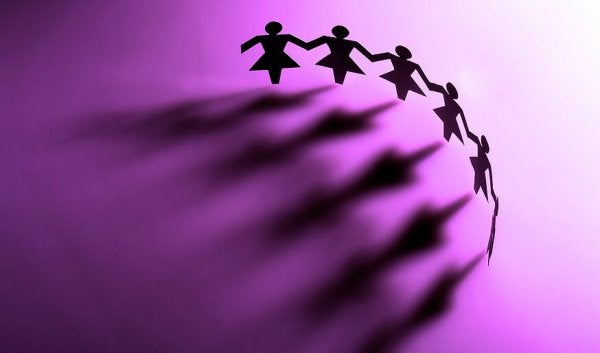 The stats from the World Health Organization (WHO) on gender-based violence are truly alarming. One in three women around the world has suffered it. In other words, a third of all women around the world are victims of violent acts just because they belong to the female gender. The WHO speaks of an epidemic, with a tendency of becoming a pandemic.

The figures vary from one region to another. But it is a phenomenon which is very present all over the world. Even in countries like Japan, which is considered a model of respectful behavior and peaceful coexistence. In Japan, the percentage of gender-based aggression reaches 15%, which is quite substantial. In the United States, 45% of women have reported having been the victim of some type of attack by their partner. And according to the UN’s data, the percentage in Latin America reaches 53% of women.

“You never enter a heart through violence.”
-Winston Churchill-

The situation is slightly better in Europe and within the European Union. The rate women is between 20% and 25%. It is surprising that the largest number of complaints of gender-based violence is in two Nordic countries: Finland and Sweden.

What’s going on? Why, if the legal system has evolved, do women around the world continue to be victims of abuse? How can we understand this phenomenon, especially when there is unprecedented progress in the empowerment of women in different positions?

The multiple faces of gender-based violence

The main agents of gender-based violence are men, particularly romantic partners. The phenomenon consists of aggression which takes place between the members of a relationship. This aggression ranges from verbal violence, which has the objective of minimizing and humiliating women, to rape and atrocious murders. Even though most of the legislation in western countries has hardened. The penalties for these crimes still don’t seem to be effective.

Gender-based violence also has other faces. Women are more vulnerable to all kinds of attacks by strangers on the streets, for example. Criminals are more likely to succeed if they steal from a woman. In addition, there are men who take advantage of women on public transport.

It is also well known that there is a type of discrimination towards women which is put into practice in the work field. In many companies, women earn less than men, even if they have the same position. Also, the larger portion of poor people, among the poorest population, is composed of women. On top of that, women are almost always the ones in charge of the children and disabled or elderly relatives. That is why, at least in part, their income is lower than the income of most men.

Is there a macho approach being applied to feminism?

Although the female liberation movement has been underway for more than five decades, there are still many men who don’t seem willing to accept the new reality. Most men don’t frown upon allowing women to study or work. But they do become reactive when faced with other signs of feminine independence. That is the reason why gender-based violence happens within couples.

Apparently, many men have a hard time understanding that women are not a sexual instrument at their service. They see a faceless woman as a body which has the only purpose of responding to their desires. And they look at “their own woman” as that: a property they have acquired “legitimately”. They use force when women contradict their pretensions. Men turn violence into a mechanism in order to obtain control and submission.

Why do some women allow gender-based violence?

What happens with women who tolerate these situations in the 21st century? Many of these women grew up in homes where gender-based violence was the norm and not the exception. They learned from the example given to them by their self-sacrificing mothers. These women were taught to be victims and don’t ever find the path towards behaving differently. It is also common that they haven’t reached financial independence. Unconsciously, these women believe that men truly have the right to break their will.

To all of this, we can add that the legal system is harsh, but often applied with bias or flexibility. In many countries, domestic violence is seen as a minor criminal issue. The perpetrators of gender-based violence are neither persecuted nor prosecuted with the same severity that is applied to punish other crimes. Families are permissive, and communities and authorities are indulgent as well. They don’t know that a big part of violence and terrorism could be eradicated to a large extent. The key would be if we won the battle against gender-based violence.

7 Invisible Forms of Sexism
Nowhere is safe from sexism. Every day, women face insinuations or biased attitudes that may go ignored by most, but absolutely are attacks. Read more »
Link copied!
Interesting Articles
Psychology
How to Handle a Toxic Mother-in-Law

Psychology
The Highly Sensitive Person at Work: A Complex Environment

A highly sensitive person (HSP) often feels like the working world is a hostile and complex place. The competition, rigid…

Have you ever heard about a famous person whose grades in school left much to be desired? It seems impossible to…

Older siblings are always a bit like super heroes, although some would (rightly) say that sometimes they are also super…