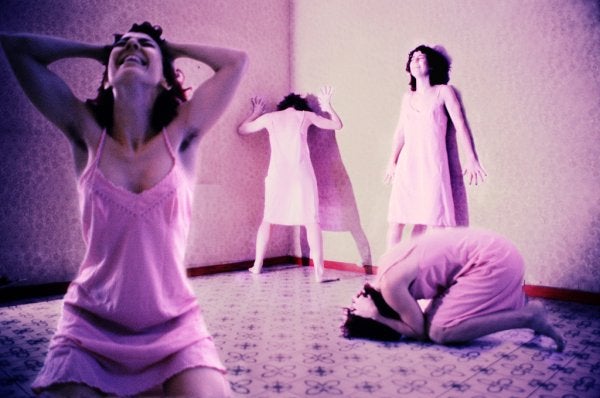 We are used to talking about different psychological disorders based on the symptoms that characterize them, but not so much on how they develop, although it is equally as or more important. Mental disorders are not born from nothing nor are their symptoms random; on the contrary, any disorder is a puzzle whose elements are logical and understandable.

Therefore we should ask ourselves, what triggers a psychological disorder to develop? What predispositions must already be in our mind? Is there a cause and effect relationship?

We will find out below….

Psychological disorder, also known as mental illness, is an alteration of behavior and reasoning of a person. Th disorder makes it so that, in some cases, they cannot lead a normal life or they need constant treatment to be able to live “normally.” Psychological disorders can limit the life of the person who suffers from it and can cause them to become maladapted and disruptive.

There are different types of disorders, but the most common are:

The development of the disorder

After looking at the most common disorders we ask ourselves, What happens in our mind that makes the disorder appear? Why do some people develop these types of disorders and others don’t?

A commonly cited source for the development of a psychological disorder is trauma. A traumatic event experienced in childhood (mistreatment, violence, abuses) can cause lasting damage and affect adult life. There is no determined age for the appearance of a trauma, what we do know is that it can lead to eating disorders, panic or anxiety disorders, or others. As Sigmund Freud said:

Traumatic events that occur in one’s childhood are in the subconscious and they can become aware of them at any moment and age. In some way the conscious can associate traumatic situations from childhood with everyday situations in adult life and this causes a psychological disorder to develop.

In this respect we owe a lot to psychoanalysis. It revolutionized the way we understand disorders and retrained psychology about the importance of the patterns we have learned and internalized at an early age. Modern approaches as recent as NLP (Neurolinguistic Program) use these patterns to be able to do interventions.

Some disorders develop due to genetics. This does not mean that if someone in our family has suffered from schizophrenia or depression that we will develop it, too, but there is a higher likelihood.

In particular this can happen, more frequently, with the following types of disorders: Autism, Attention Deficit Hyperactive Disorder, Bipolar disorder, depression and schizophrenia.

As we have mentioned, this does not necessarily mean that we will develop a mental disorder if someone in our family has suffered from one. There are many factors that come into play and that are not the same for every individual.

There are some environmental factors that can trigger the development of a psychological disorder. For example, the death of a loved one can trigger, through the general stress, a psychotic attack. Likewise, going through a divorce or drug abuse.

In young people the social or cultural expectations, what others expect from them, can cause disorders such as eating disorders. The constant publicity that dictates bodily perfection and beauty accentuates this problem and has increased the number of instances and the age range of those at risk has been extended.

As we have seen, there are various factors that help a psychological disorder to develop. There are others such as certain infections, brain damage, or birth injuries that may further the development of these types of disorders.

Link copied!
Interesting Articles
Psychology
The Miracle Question Technique - What Does It Consist Of?

Psychology
Histrionic Personality Disorder: Do You Know Anyone Who Is Very Seductive and Influential?

A person with histrionic personality disorder is characterized by a pattern of cognitive, behavioral and emotional tendencies that include seductive…

Avoidance behavior leads to anxiety. This is like a snowball that gets bigger and bigger and you don't notice it…