When Parents Fail Their Own Children 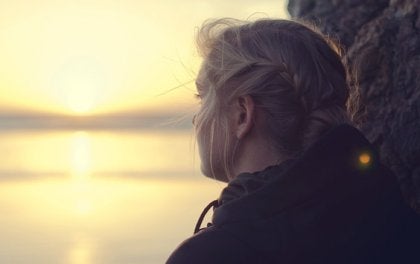 People talk about how sometimes children disappoint their parents. However, when parents fail their own children, willingly or not, they don’t seem to care as much. Aspects such as disrespect, lack of support, attention, and protection are silent killers that often accompany us in our adult life as wounds and scars.

We know that raising a child isn’t an easy task. There are few resources but many challenges. The best parents don’t get awards and the worst don’t get any penalties. Failures, just like successes, are scarred into our children’s lives in a silent way.

On the other hand, it’s important to note that many parents tend to underestimate the influence they have on their kids. A study conducted by the psychology department at Stanford University explains how sometimes parents neglect the impact of their behaviors and actions. This includes the language they use and even the way they treat other people outside the family unit.

Raising a child is more than just feeding them. Food isn’t the only thing a child needs. They also need positive and enriching visual/auditive stimuli. Parenting isn’t something you should do randomly. It’s a process that helps build a child’s way of being, which is why it must be done in a positive way in order for their development to be positive.

When parents fail their own children

Love isn’t enough when it comes to raising a family. It’s important to know HOW to love. Occasionally, giving too much love leads to overprotected kids who lack good emotional and personal development. Other times, parents end up expressing their love that always wants the best for the kid with harsh rules, inflexible obligations, and an authoritarian upbringing.

Parents fail their own children in different ways, many of which are unconscious for a very simple reason: they have a distorted, non-pedagogical perspective of what affection really is. A parent loves in a smart way when they just want their children to grow in every way, especially emotionally. They want their children to have a good psychological development, too. They encourage autonomy and help them be confident in themselves.

Now, even though parents are just doing the best they can most of the time, it’s simply not enough. In fact, there are many reasons why they don’t seem to get to that point. Let’s see some ways in which parents fail their own children:

Some people have such an immature personality that it’s pretty much impossible for them to raise their children appropriately. Irresponsibility, inconsistency in their educational guidelines, and a lack of habits and pedagogical strategies have severe consequences.

Parents with past traumas

Some mothers and fathers raise their children with the weight of a past trauma on their shoulders. Living memories of a past trauma or unresolved wounds or adversities often impact the act of parenting. Of course, no two cases are alike. We’re all individual and we’ve all been through different experiences. However, these types of cases tend to lead to extreme behaviors.

Sometimes, parents seem to be unable to process and digest their own traumatic childhood. This makes them project such disaffection onto their own children. There are some cases, though, where parents who are still obsessed with their past tend to be overprotective instead.

Parents who project themselves onto their children

Unaccomplished dreams, projects, and goals frustrate people. Sometimes, when all of this is bottled up inside a person who is soon to be a parent, they automatically decide to put all their hopes on their future children doing what they weren’t able to do. They see that as a plausible project to work on.

This child-rearing dynamic makes it impossible for children to discover their own desires and dreams. It could even jeopardize their childhood and adolescence.

Parents who are unable to meet their children’s needs

On the contrary, neglecting or denying those needs jeopardizes their integrity big time. Parents sometimes wonder why their children might adopt a rebellious and defying attitude. What they seem to ignore is that those behaviors are the result of unattended needs and voids of dissatisfaction.

As a conclusion, we all know that, more often than not, we carry disappointments on our shoulders. We sometimes carry them for so long that they start becoming too heavy for us. However, we must realize that those conscious or unconscious mistakes that our parents made during our childhood don’t have to limit our quality of life.

It’s up to us to forgive them or not. Nonetheless, it’s crucial for us to just leave the past in the past in order to live the present moment the best way possible. Another very important thing to note is that we must avoid letting the way we raise our own children be affected by the way our parents raised us. At the end of the day, the most important thing is to learn from our past in order to build a better future.

Imagination opens the door to fantasy, but it also distances us from reality and takes us out of the present…

Psychology
The Relationship Between Your Skin and Your Emotions

When you are sad or stressed, your skin appears rougher and less lustrous. It looks dehydrated and paler than normal.…

Psychology
Stress and Personal Space - When People Invade Your Privacy

Personal space is a private, intimate, and exclusive territory which nobody can invade or claim. The term personal space not…

Psychology
Honoring the Memory of a Loved One

Losing a loved one is challenging. Many times, we feel incredibly overwhelmed by the pain that comes with loss. Thus,…

Psychology
What Kind of Stress Do You Suffer From?

Stress is an alteration, a state of nervousness in which we find ourselves before a situation that demands a lot…