The Paradoxes and Myths of Romantic Love 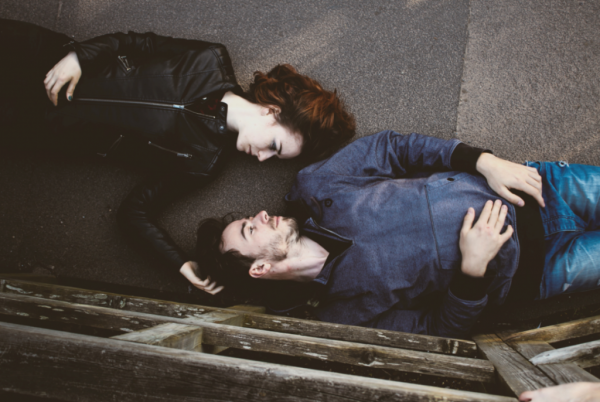 When people talk about romantic love, they tend to paint it as the most glorious thing in the world. In general, they talk about the benefits of having a partner and about how good it is to have someone who loves you and understands you on that level. Of course there are positive effects of love, but it’s important to keep in mind that there are also some negative aspects to it.

The way romantic love is experienced these days can lead you to renounce your other intimate relationships (even if they’re not romantic). You also lose autonomy, independence, and personal freedom. Arguments and jealousy can also arise, or one partner can think that the other one isn’t giving as much to the relationship as they are. All of this can lead to the destruction of the bond between them.

“When two people are under the influence of the most violent, most insane, most delusive, and most transient of passions, they are required to swear that they will remain in that excited, abnormal, and exhausting condition continuously until death do them part.”

The paradoxes of romantic love

Romantic love – at least the way we understand it in our society – is full of paradoxes. The following contradictions can create a considerable amount of tension.

The myths of romantic love

In addition to paradoxes, romantic love also comes with a lot of myths. These beliefs come from our culture, and they can be absurd, false, and impossible. They’re difficult to achieve due to biological, psychological, and social factors.

The truth is that romantic love can produce a bunch of negative effects. These paradoxes and myths can become a part of the relationship and cause problems, ranging from arguments and temporary discomfort to more dramatic and extreme issues.

It’s clear that mutual love can be a pillar of happiness and health. And when your love isn’t reciprocated or you go through a breakup, it can have many harmful consequences. But it’s interesting and important to know and work through both the paradoxes and the myths of romantic love.

Liquid Love: The Love of the 21st Century?

Today, we're going to talk about the sensitive points that most people share. These "emotional buttons" will affect many aspects…

Wellness
When You Fall in Love, Let It Invade You

Wellness
The Meaning of Giving Love

I'm by your side. I'm your friend, your partner, your family, the one that loves you, or I'm someone you don't know but who's willing to help you. Sometimes, we…

Wellness
Getting Real About Love

It is not easy to define romanticism. It's a style of literature and art, but also an attitude of the human being toward life and especially love. What is clear…

Wellness
After So Many Hard Times, Now I Just Enjoy Life

There comes a moment in our lives when we get tired of drama. Of our own drama that we have instilled in…

Helping, providing, feeding, reaching out, listening, protecting, looking after, hugging. All of the actions related to caring require bravery and generosity, because they…