A Breakup Is Not A Failure 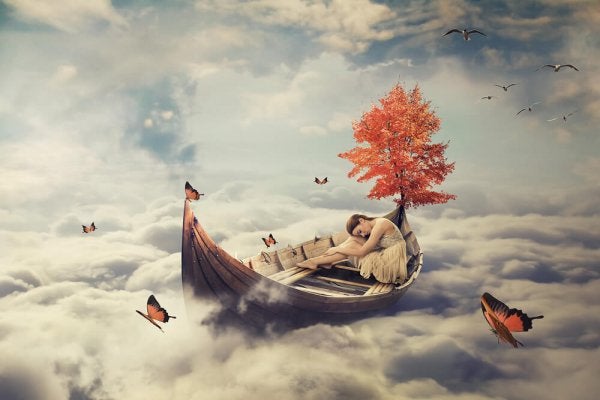 Maybe your partner broke up with you recently, after thousands of doubts, getting back together multiple times, and accumulating moments of sadness that seemed impossible to overcome. A breakup tends to be a moment of mixed feelings, not because there is still more or less love, but because it means leaving behind a stage in your life, just as you have had to do before. Unfortunately, one of those feelings tends to be that of failure.

As such, it is not strange for there to be a mixture of nostalgia for what we have lost and a certain excitement over having been brave and having acted out against a situation that was doing harm to our lives. So these can be moments of true confusion when we take a step forward, two steps backwards, another two steps forward, until we finally manage to get out.

Furthermore, breaking up with a partner tends to be synonymous for breaking away from stability, because no matter how unreliable the other person was, we never stopped counting on them for our undertakings. Undertakings that may have partially been destroyed along with the end of the relationship; others will survive, but we will have to tackle these with other people or by ourselves.

The feeling of failure when a breakup takes place

One of the most common feelings in couples who just got out of a relationship is the sensation of failure. They had sworn their love in the good times, in the bad, forever, and suddenly they find themselves with a void where these words echo with great force. This is the echo of fear, and also of anger.

When a couple gets together, the most common thing is for these two people to invest a lot so that the connection will grow quickly and strongly. This is an investment based on hope, details, and a desire to share time together. Time that never seems to be enough; in fact, this is one of the few things for which the short time has no reason to have backlash.

When time passes, the situation becomes more stable and the two start to pull on the cords that used to be loose, giving rise to the first tension. No one can survive for a long time in the first phase that we described above, because this is a period in which the balance on which we place the facets of our lives go totally off balance. The couple, friends, and other personal undertakings are distant and with the normalization of the relationship, there comes a moment to partially recover yourselves.

However, within this second period, even if the inversion is less crazy, it still exists. It is not longer so much giving and offering as building together. This building in turn creates ties of interdependence that are going to complicate any separation. We can talk about a house or a mortgage, but there are also the families of each member, the trip planned for the summer, or the wedding that you were going to go to together.

It is also easy for the feeling of failure to come along with a breakdown in our self-esteem, especially in those people who did not make the decision in the end. They may feel like they are not good enough for the other person to keep accepting them as their partner and generalize this thought into other areas that are susceptible to evaluation, such as their performance at work.

If we look at our relationship in another way, the feeling of failure will not appear

So the feeling of failure is logical with this way of viewing a relationship. A historically inherited view passed down by past generations when separations were looked upon with judgment, if not a certain disdain, by society. This is also part of our way of life, in the sense that many of our actions are conditioned by future aspirations. A future that, by the way, nobody can ensure.

It is curious, because when time passes and we overcome our mourning, we tend to remember the good times from the relationship and not the bad ones. We are capable of giving it a meaning that probably would have helped before. This is the idea that a relationship is worth it for what it gives you now, not what it will give you in the future.

It is worth it because of the walks you take together, the dinners you cooked with love, the silliest surprises, or the nervousness you felt before getting to know your parents-in-law. You probably risked a lot for things to keep moving forward, but really think about if what you gave wasn’t given back equally by the relationship. Yes, the relationship, not the other person. Maybe they never prepared a surprise for you, but you weren’t really missing it as you were preparing ones for them. Maybe they never went out of their way to pick you up from work, but… didn’t you enjoy when you were doing it for them?

Looking at a relationship through this prism not only prevents the feeling of failure from appearing in case of a breakup, but it also motivates us and stimulates us through something that we can control. That something is nothing other than the pleasure of feeling like the other person is warm in our jacket, when we are shivering from the cold. That something is nothing other than what we do and what is in our hands, just like moving forward in the case that the relationship ends.

Wellness
Emotions That Make Us Violent

We came into this world as if we had fallen from a chimney. At that moment, we are joined with a…

Wellness
How to Relieve the Pain of Disappointment