To Overcome the Breakup, Change Your Mentality 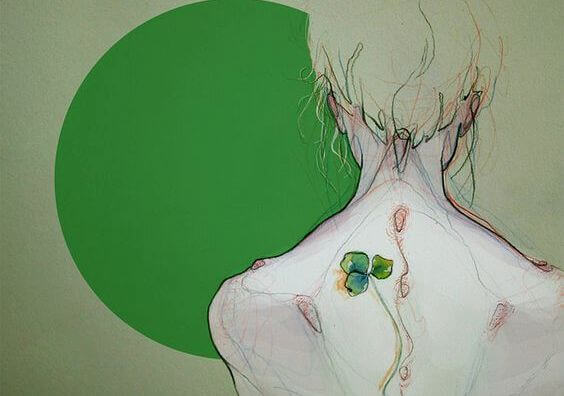 When a couple breaks up, the process of separation isn’t exactly pleasant. However, some people are capable of improving their outlook and moving forward, while others wallow for months and years after a breakup, which hurts their chances of finding success in new relationships. What’s the difference between the two? A change in mentality.

After a breakup, you might feel hurt, angry, betrayed, or afraid of being alone. You might even become obsessed with your ex and feel jealous of the person they’re with now. Or you might even feel inadequate, unattractive, and unworthy of love.

While this might sound sad and pathetic, it’s quite normal. In fact, research shows that a breakup can make you see yourself and others in a more negative way. You’ll also be less likely to start a new relationship, and once you do, the chances of it being an unhealthy relationship are pretty high.

Change your mentality to overcome the breakup

A group of researchers from Stanford University analyzed the effects of one’s personal history of rejection on one’s psychological well-being and ability to adjust to the situation.

After a breakup, most people try to make sense of what happened, asking themselves why it happened, if it was their fault, or what their chances are of finding new love in the future. They way you respond to these questions can either help you deal with the situation or make you more vulnerable to psychological harm.

According to the researchers, we view other people as sources of information about ourselves. Therefore, rejection by someone who we believe knows us well can be particularly devastating.

However, people have different points of view on how much they can grow and change. People who see their personality traits as fixed and unchangeable, or in other words, who have a fixed mentality, are more likely to attribute the breakup to negative aspects of themselves. The stories they tell about the breakup highlight their own deficiencies.

On the other hand, people who see their personality features as changing, who have a mentality of growth, tend to tell less harmful stories about the breakup. Thus, they can be more capable of seeing it as an opportunity for growth and expect to have a better relationship the next time.

In various studies, researchers have found that participants with a fixed mentality were more likely to attribute the breakup to their own toxic personalities and negative attributes, which would continue to be a problem in future relationships.

What you can do to change your mentality

To overcome the breakup in a healthy way, it’s important to change your attitude and evolve towards a mentality of growth. To make this change, do the following:

Honestly analyze the reasons for the breakup, but without taking unnecessary blame

In all relationships, everyone involved has partial responsibility over the problems that arise, including romantic relationships. Take your part of the blame, but avoid victimization.

Taking more responsibility than you deserve won’t make you better or solve anything. Rather, it will ruin your image of yourself and make it more difficult for you to have healthy relationships in the future.

Look for the personal defects that triggered the problem

There are many personal factors that can trigger a conflict that results in a breakup. Some are transient, and other times the problem is due to external causes. What’s important is knowing what went wrong and to what degree it can be avoided or changed in the future. Often, the circumstances simply do not favor a relationship.

Find something positive that you can learn from the experience

Regardless of how it happened, there’s always hope after a breakup. Maybe not of saving the relationship, but of not losing yourself in the bitter ending. There are many cycles in life, love being one of them, so trying to hold onto it when the relationship has ended will only increase the feeling of drowning. As the lovable Dory would say, just keep swimming, just keep swimming…

Relationships Evolve When They Commit to Conscious Growth

Link copied!
Interesting Articles
Wellness
Escitalopram: Its Use and Side Effects

Acute depression, anxiety, panic disorder, obsessive-compulsive disorder... These are all very real conditions, and many people suffer greatly with their…

Remember that person who stood out from the others? The one that always seemed to want attention? No doubt that they…

Wellness
Being Obsessed with Pleasure Only Creates Dissatisfaction

For writer Hermann Hesse, the need to be busy and in a state of compulsive pleasure, doing instead of simply…

Wellness
For Self Growth, Ask Yourself These 30 Questions

Have you ever found yourself faced with a mental block affecting your vision of life, happiness, and human relationships? Have…

Wellness
Express Your Emotions Early on, Don't Wait to Explode

It's really important to learn to speak from the heart if you want to communicate well with other people. This probably sounds…