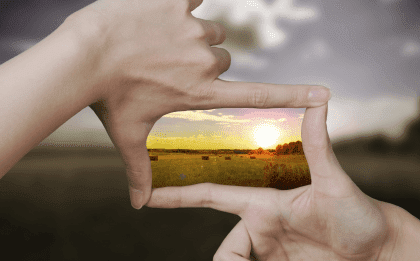 An optimist’s brain focuses, processes, and understands reality in a different way. This ability to see a ray of light where others see only walls and darkness comes from specific regions in the brain. These areas are trained in openness, flexibility, resilience, and the ability to better manage daily stress.

So is it true that an optimist’s brain is different than a pessimist’s brain? As you would expect, there is no anatomical difference between the two. All human beings have the same brain structures and regions. The difference lies in the way these regions activate and connect with each other.

In the end, your brain is a reflection of who you are. It speaks to what you do, what you think, and how you face life. For example, we know that chronic stress and elevated cortisol levels over long periods of time cause changes in the hippocampus, the amygdala, and the limbic system. Thus, your memory might fail, you can’t pay attention, and your decision-making ability is limited.

Although the human brain is amazing, it has its limits. It’s not always as effective as we would hope. In fact, we know that some people are genetically predisposed to depression and anxiety disorders. Others are more resilient and can better resist stress. That is due to a subtle combination of genetics, upbringing, education, and personal coping mechanisms.

All of this points to a simple truth: the brain displays incredible plasticity. That means that all of us have the ability to train our brains to be more optimistic.

“Optimism is the foundation of courage.”

Is an optimist’s brain born or made?

You probably know someone who is an eternal optimist. That person never complains about a problem. Their positive attitude never falters, not even in the worst moments. Also, they have a powerful ability to inspire optimism in those around them. How do they do it? Were they born into this world with the optimism chip already installed in their brains? Or is it the result of years of coaching and positive psychology?

Studies like this one from King’s College in London reveal something interesting about the same issue. 25% of people with positive attitudes were born that way due to genetics. In other words, they got their optimism from their parents. Everyone else is optimistic due to personal choice, attitude, and determination.

Dr. Leah Weiss, a Stanford professor and workplace mindfulness expert, says that there are naturally optimistic people. However, a good chunk of optimists are the way they are because of the decisions they make. When they face a problem, they choose what attitude they want to have and how to deal with the situation to make a change.

What is an optimist’s brain like? What makes it different?

Before explaining what an optimist’s brain is like, there are a few things you have to understand. First of all, optimism isn’t the same thing as happiness. In fact, optimism uses all the strategies and abilities that could improve your quality of life. Optimism encompasses a set of abilities and biases that facilitate happiness.

The optimist’s brain and the left hemisphere

Dr. Richard Davidson is the director of the Laboratory for Affective Neuroscience at the University of Wisconsin-Madison. He carried out a series of studies to demonstrate something as interesting as it is revealing. He explained the results of the study in one of his articles:

This study shows that positive emotions activate the left side of the brain more than the right. Dr. Richard Davidson said, “After numerous studies about the link between activity in the frontal lobe and emotions, we have discovered that a good number of people are optimists. Those who tend to be unhappy and suffer from depression or anxiety have more activity in the right side of the brain.”

We’ll close with an idea from Daniel Goleman himself. This is something that he usually highlights in his books and articles. He believes that everyone is capable of developing a more flexible, positive, and open attitude.

It’s all about learning to better manage stress and your emotions so that they work in your favor. Focus and always fix your gaze on the horizon.

Pollyanna Principle: The Ability to Focus Only on the Positive
The Pollyanna principle, or always looking at the positive side of situations, can have good and bad consequences depending on how it's applied. Read on! Read more »
Link copied!
Interesting Articles
Social Psychology
Dating Apps - A Psychological Perspective

Psychology
A Person's True Essence is Worth More than External Beauty

Psychology
Being Happy Does Not Mean Being the Best

In our society, being the best has become one of the most important goals. From a young age, our performance…