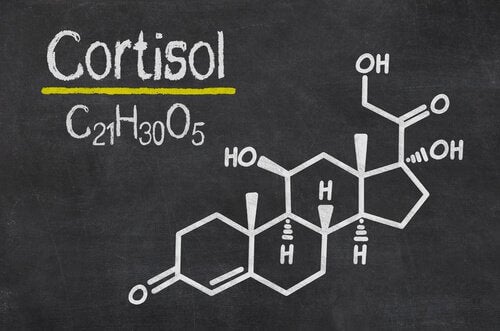 Cortisol is a hormone that acts as a neurotransmitter in our brain. Considered the stress hormone by the scientific community, our body produces it in situations of tension to help us handle them. The release of this hormone is controlled by the hypothalamus in response to stressful situations and low levels of glucocorticoids in the blood.

Stress is an emotion that generates physical tension. It may come from any situation or thought that makes us feel frustrated, angry or nervous. Actually, in small doses stress can be positive, like when it helps us avoid danger. However, when stress goes from being a temporary emotion to a recurring emotion, it can damage our health.

Through our way of thinking, believing, and feeling, we can condition our cortisol levels. Moreover, scientific evidence shows that by modifying our thoughts in a certain way we are modifying the biochemical activity of our brain cells.

Lacking a sense of humor, being constantly irritated, and often being angry are possible indicators of elevated cortisol levels. Others are permanent fatigue for no apparent reason and either a loss of appetite or overeating.

Cortisol, the stress and insomnia hormone

Situations we interpret as stressful increase our cortisol levels, which may impair the quality and duration of our sleep. However, cortisol, despite how negatively we’ve painted it, should be present at certain levels during the day to keep us awake and active, while it does go down at night.

Cortisol levels also vary throughout the day. For example, some people are more active in the morning and others don’t start their day until they’ve eaten. It’s normal for it to gradually go down as the day goes on, reaching its lowest levels when it comes time to fall asleep. But if cortisol levels do not decrease at night, because our stress response remains active, we have trouble falling asleep.

Cortisol plays an important role in our health and well-being, going up with every problem we identify as a threat. When our cortisol levels are good, we feel mentally strong, clear and motivated. However, if they are low, we tend to feel confused, apathetic and fatigued.

Regulating stress is important and often not easy. In a healthy body, the stress response happens to then allow the relaxation response to take over. On the one hand, if our response to stress is activated too often, it is more difficult to shut down and therefore an imbalance is more likely. On the other hand, when stress persists and the desired relaxation does not come, we get sick.

“The time to relax is when you don’t have time for it”.
-Sydney J. Harris-

Stress is the way your body tries to solve a problem, but when the situation is recurrent, it can cause diseases such as diabetes, depression, insulin resistance, hypertension and other autoimmune diseases. Our body’s response to stress has a protective and adaptive nature. That said, the response to chronic stress produces a biochemical imbalance that actually weakens our immune system.

Research has shown that recurrent or very intense stress is one factor that contributes to the development of somatization. It’s a consequence of adapting poorly to change. There are many psychosomatic diseases produced, triggered or aggravated by stress.

When acute stress is continuous, ulcers may form in different parts of our digestive system, as well as cardiovascular problems. In fact, in people with high risk factors, it can cause heart attacks. Plus, these diseases tend to move silently, causing somatization in different ways and in different areas of the body depending on the particular characteristics of the affected person.

“Without health, life is not life; it is only a state of languor and suffering”.
-François Rabelais-

Social support and oxytocin interact in our body suppressing the subjective responses that psychosocial stress produces. Thus, support from family and friends is one of the most powerful ways to protect yourself from stress-related illnesses, like those listed above.

In fact, biological psychology research at the University of Freiburg in Germany, led by Markus Heinrichs, showed for the first time that in humans the hormone oxytocin plays a key role in both the control of stress and the stress-reducing effect. Oxytocin also has a significant role in our social behavior (stress modulator factor).

While it’s difficult to control our blood cortisol levels, there are certain factors that are easier to control directly. We’re talking about having a good social support network (people who you feel you can count on and they can really count on you) or reducing your consumption of certain substances, such as alcohol or tobacco, which indirectly increases our cortisol levels

A healthy, balanced diet also helps regulate the levels of this hormone, because decreased caloric intake can increase cortisol levels. In addition, a study by Ohio State University concluded that adding relaxation and meditation exercises to our routine reduces our risk of chronic stress.

“There are no problems we cannot solve together, and very few that we can solve by ourselves”
-Lyndon Baines Johnson-

I want people to be worth more than my while. People who are worth my happiness, the time we spend together, the…

Forcing them to eat, punishing them, getting angry at them... definitely not understanding what's happening to their kids. Many parents…

Post-adoption depression is a common response to all the changes that stem from an adoption. New experiences, plus not knowing…

Some people need to hurt others to feel better about themselves. Behind some of their apparently harmless comments they're often hiding…