Thanks to Neuroplasticity, We Never Stop Learning 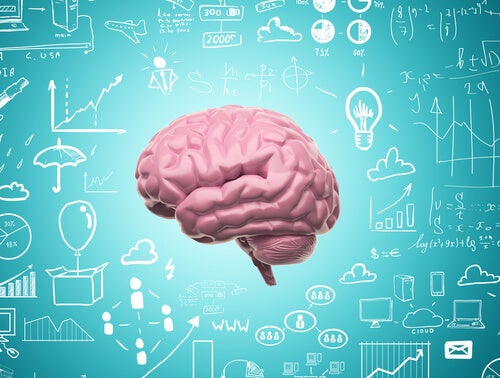 Neuroplasticity is at its greatest during childhood, as the brain is more flexible and it constantly receives new stimuli. During this time, a large number of new neurons are “born” that accelerate the learning and development of the child. As such, childhood is a sensitive period for development, especially the first five years of age.

But just because the brain is more plastic and flexible during this time doesn’t mean that neuroplasticity completely disappears, or that it becomes impossible to learn or create new synaptic connections. Even during old age, the brain has the capacity to learn.

The brain is able to adapt to the environment and undergo changes in its own structure as a way to face the demands of the environment. Evidence of brain adaptability is seen in people who can no longer see or hear. Other areas of the brain dedicated to perception through the other senses become more developed and their brain functions are reorganized.

Spanish scientist Pascual-Leone demonstrated this ability through an experiment in which he blindfolded healthy subjects for five days. During this time, the subjects read Braille and performed auditory discrimination activities. Using an MRI, they observed that the visual cortex was activated by sound and touch, which meant their brains were adapting.

This experiment was done on adults, which means that despite what people thought only a few years before, the human brain continues to change all throughout life, and this reorganization has a lot to do with the needs demanded by environment and the resources it has to deal with those needs.

We all know that children have a great capacity to learn, and that they’re better than adults at picking up new things, like playing an instrument, speaking another language, or memorizing a text. The proliferation of new neurons is astounding, but as we get older, this capacity decreases.

Nevertheless, neurogenesis continues even when we get older. The old belief that we’re born with a determined number of neurons, and that throughout life we do nothing more than lose them, is false. Yes, there is a decline in neuroplasticity, but the brain continues to be considerably malleable.

Various factors that can influence neuroplasticity have been identified. First of all, it’s best to have an enriching environment that challenges the mind. Second of all, it’s known that moderate exercise also favors neuroplasticity. On the other hand, old age, chronic stress, and certain blood components seem to impair it.

The proliferation of new neurons was a great discovery. There are two areas of the brain where this phenomenon has been observed: the subventricular zone and the hippocampus, the latter of which is intimately related to memory. Neurogenesis in the hippocampus can be stimulated when we learn new things.

What happens in the brain when we learn?

Even if you have a genetic predisposition for learning, it will be nothing more than potential if you don’t know how to develop it. If you keep it dormant and don’t use it, not only are you not developing it, but you’ll also lose the possibility of doing so. In other words, not only would you stop adding potential, you’d also take away some potential for the future.

Cognitive stimulation is crucial for the brain to be prepared to adapt to the demands of the environment. Neuroplasticity is a determining factor when it comes to dealing with brain injuries. It is believed that those who have developed plasticity through learning will be better able to overcome or compensate for brain injuries.

How the Brain Reconstructs Past Events

Mirror neurons fire in the same way when you perform an action as when you observe someone else doing it. The fact that your brain has the same reaction in each…