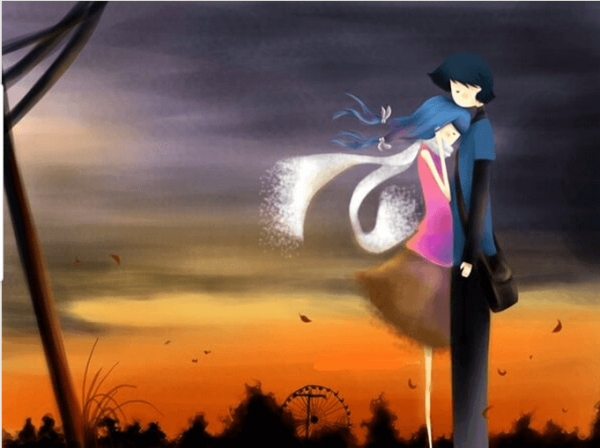 There is a misconception out there that says that opposites attract, or, in other words, that people who are very different complement each other the best. By this logic, whatever I don’t add to the relationship, you do, and vice versa.

The truth is that what is perceived as new or different can attract us a lot at first, because we humans tend to be very curious. But there’s a world’s difference between that, and a loving relationship between two very different people, working out over the long term. However, that’s never to say it isn’t a possibility.

Maybe you’ve noticed that when it comes to choosing friends, you almost always tend to approach people who more or less share your same interests and goals, and who have hobbies and tastes similar to yours; this is what causes the union to be kept over time.

And romantic relationships are not that different from friendships. Personally, I think that couples should be close friends, as well as lovers. Primarily because this will make it a breeze to enjoy life together, and will greatly enrich the relationship. However, it’s also important because after the limited period of initial passion is over, the friendship between the two individuals will strengthen the relationship and make it much more lasting.

If two people have nothing in common, once the initial period of attraction and passion has ended, they will end up getting bored with each other, immersing one another in an unbearable monotony.

Although it’s true that having a person by your side with certain differences can truly teach you things and help you grow, there will come a time where there are more arguments and discussions than anything else, and inevitably the relationship will wear out over time, due to the large number of differences that have come to light.

Especially if the differences are in values, interests and life goals, the relationship is doomed to failure, unless one of members loves themselves so little that they become dependent on the other and change their own values, tastes and preferences to become a photocopy of the other person. And unfortunately, this is much more common than we think.

People with low self-esteem will often attract people who have little in common with them, based on the false belief that the other person should complement them, when in reality, we are all wonderful human beings and don’t need anyone’s approval about anything.

What issues can arise between such different people?

Therefore, different people may be attracted at first by the novelty which is a powerful aphrodisiac, but long-term studies show that couples of opposite poles eventually break up, due to more problems arising in the relationship than benefits.

Psychology isn't the way it used to be. Doubts about its scientific integrity have been buried after years of research. Psychology…

No tarot card is a true reflection of your future. Your destiny isn't written in the stars, nor will luck…

Interesting Articles
Hormones
What Are the Happiness Hormones?