Once There Was A Princess Who Saved Herself 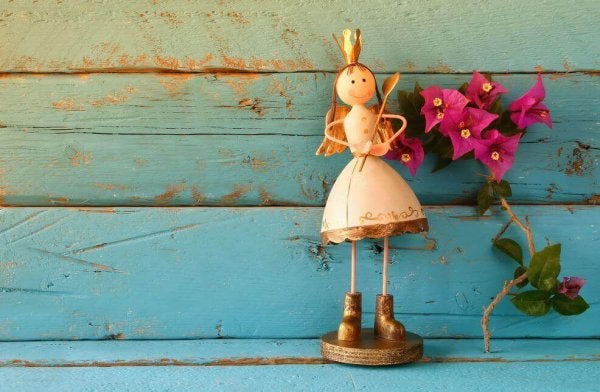 She didn’t need a brave prince because, instead of curling up in a corner of her cell, she had the courage to look out the window and watch for the dragon’s weak points. Because she studied chemistry and knew how to concoct a quick, efficient antidote for the venom, before it would paralyze her. There were no princes or kisses in this story, because her courage came from within and not from outside inspiration. She fueled her bravery by acting rather than waiting.

A Princess Who Saved Herself

She saved herself because she had parents who understood that she had enormous potential inside her. So, they had no problem feeding her dreams even though they didn’t have much pink or purple in them. Even though when she was a girl she never dreamed about playing with plastic babies or dying and combing her doll’s hair. There were no issues, because they never felt there was anything she was missing with that difference.

She saved herself because she wasn’t naive and suspected her grandmother the moment she saw her lying in bed. So, the wolf had no chance to eat her. It was the princess herself who got the hunting rifle and went into battle. She was the one who handcuffed him and brought him to the police station of stories. So, one by one she trapped all those evil characters that overcame the princes.

A Princess Who Didn’t Need Anyone Else

She needed people, of course. But, never a prince who would recite the same script the minstrels repeat in their supposedly innocent stories. She needed people around her, simple mortals with uncountable defects who would help her. They would give her choices of how to do it or sometimes even show her the best, but she never needed anyone to do it for her. Still, if someone did, she wouldn’t hesitate to thank them and even return the favor.

Because the princess, the one who saved herself, understood that we live in a world where reciprocity works and is to be expected. But in that reciprocity she didn’t always have to be the one they rewarded with kisses and love. It could also be her who rewarded the kisses and love. Being a savior, because she was very good at it.

She did it every day when she went to the hospital, put on her white coat, and defied the sicknesses living inside other people’s bodies. When she kept thinking about a world where no man looked at her over his shoulder, and no woman disregarded her for being a woman, like her. When a lot of variables entered the I can or I can’t equation, variables like tiredness or limited resources, but never her gender.

A Princess Proud of Who She Was

The princess who saved herself was proud of her sensitivity. There were parts of her body she would have designed differently, but she still thought her nose and ears had an amazing something to them. They made her unique and also worked so perfectly that they allowed her to smell or to hear other peoples’ heartbeats. Over time she’d learned to love them and value everything she’d been given even if it wasn’t necessarily what she wanted.

There was one time she read a message written in stone that said it’s a display of intelligence to love what you can’t change, and it stuck with her. It stuck with her just like the message painted in the train station she went to every day before work: “there’s life before death.”

Ever since then she adopted it as her own, without ever thinking in her heart that she had any special origins. She simply thought that what she did resulted from and was in reach of her abilities. That was how this princess, fragile in appearance, saved herself.

"Listen and forget. See and remember. Do and understand." - Chinese Proverb Tell me how you speak and I'll tell…

Psychology
The Catastrophes You Imagine May Never Happen

Mental catastrophes are merely the product of an imaginative mind. Human beings have an amazing ability to imagine, which is adaptive…

Psychology
Dissociation: a Fascinating Phenomenon of the Mind

Dissociation is a phenomenon referring to the disconnection some people have between their thoughts, emotions, memories, and even their own…