A Mature Woman’s Heart Is a Deep Sea of Secrets 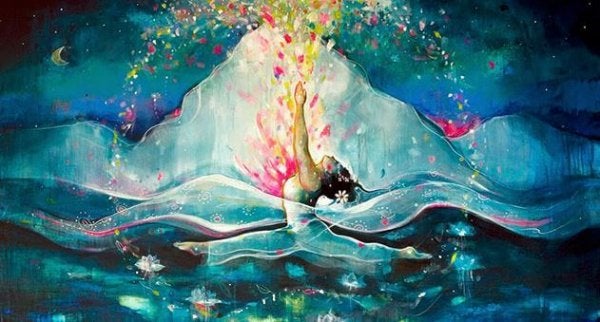 A mature woman’s heart is a deep sea of secrets that guards, in its most intimate chamber, the palpitations of desire, conscious love, and feeling with emotion, intuition, and challenge.

When we say heart, we are referring to that intangible thing that balances experiences and in itself exposes the door to an immense place that opens the sensory memory of marvelous sensations.

The heart, understood as the mind, has cycles and seasons. A succession of periods of solitude, rest, belonging, and even disappearance.

A mature woman’s relationship with herself

A mature woman’s relationship with herself and her surroundings is based on a series of emotional needs that can be summarized in one sentence: the mature woman seeks to return to herself.

That is to say, a woman who has reached maturity wants to find an emotional place again that invites her to salute her secrets, her moments, and her scars. Normally this is the moment when we feel ready to value and consider our mistakes, as well as to value what we deserve.

The mature woman seeks and recreates in herself a more propitious environment to be herself, to seek a healthier center of attention, and find serenity in the burning blood of one who has drowned because of her weaknesses and survived thanks to her strengths.

“When a woman makes the decision to abandon suffering, lies, and submission. When a woman says from deep down in her heart: ‘That is enough, I have made it his far.’ Neither thousand armies of the ego nor all the traps of hope could stop her in her search for her own truth.

This is where the doors to her Soul open and the healing process begins. The process that will little by little return her to herself, to her true life. And no one said that that path would be easy, but it is ‘the Path.’ That decision in and of itself opens a direct line with its wild nature and it is there that the true miracle begins.”

The emotional gift of feminine maturity

Little by little, the mature woman experiences a trip back to the house of her soul, which invites her to become aware of what which has happened in her previous life. In this way, she needs to resolve those conflicts created in the previous cycles of maturity.

Then the mature woman’s heart loves itself more and feels worthy of respect and full of those values that cherish one another with age and articulate the ability to love and transcend the understanding of other’s feelings.

The search process can be painful, but finding oneself so close requires having walked many miles, having gone far from oneself, having returned, having hurt oneself, and having taken root far from what one desires.

Losing and finding oneself as a mature woman

Emotional maturity may come sooner or later, but it is really preceded by years and years of distraction, emotional accidents, and the annulment of an incredibly important part of ourselves.

Knowing where we are and what our place is in the world is not an easy task, but one that requires losing some skin, stealing the identity that has wrapped itself around us and with which we have fought on hundreds of battlefields.

But the mature woman must break away from that skin to stop rejecting her experiences and instead feel them directly, make them her own without a protective shield. In other words, she must let go, drop, say goodbye, and no longer hang on to that which stopped her from being herself, those social expectations that consume her.

Then the crises stop showing up in our house unexpectedly and emotional liberation stops visiting our dependencies, giving rise to determination and self-love.

In other words, making way for the first person, the priorities, the rehydration of one’s own identity, the wisdom of the mature woman. Then is the start of women’s recreation, those who feed their secret life with strength thanks to their instincts, their experience, and the strength of their feminine psychology.

Making love is one of the most beautiful and satisfying experiences that we can have with another person. There are…

This is the story of a girl who looked to the sky, saw the brightness of a star, and discovered…

Letting go is realizing that some people are part of your history, not your destiny.  This doesn't mean it doesn't…

Wellness
I’d Really Love To Not Think About You

I sit in this bar and ask myself how much I would be willing to pay to forget. I don’t…