The Tale of the Slandered Wolf That Nobody Listened To 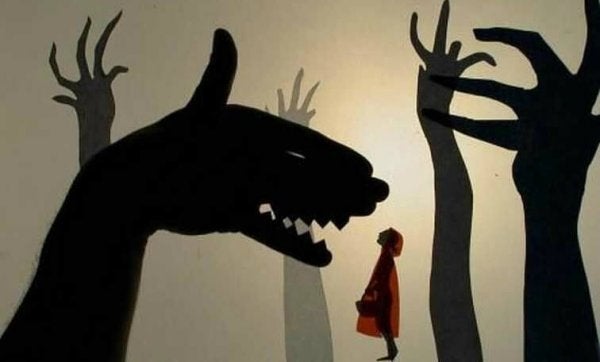 The children’s tale Little Red Riding Hood is one of the most well-known, and one that has been told for years. The original version is narrated from the little girl’s point of view. Someone whose life is threatened by a ferocious wolf.

We have always heard this version and assumed that Little Red’s version was true. Most people have never asked themselves what the wolf had to say about all of this.  But surely, as the alleged culprit of this story, he had something interesting to add to it.

Lief Fearn, in 1988, decided to turn the tables on this story, telling it from the wolf’s point of view. Allowing him to tell his own side of the story. His story helps us understand that sometimes it’s necessary to listen to both sides of the story before passing judgment.

The tale of the slandered wolf

The forest was my home. That’s where I lived, and I looked after it. I made sure to always keep it clean and neat. One sunny day while I was picking up trash that some visitors had left behind, I heard some steps. Immediately, I hid behind a tree and saw a little girl walking down the path with a basket in her hand.

I immediately became suspicious of her, because she was dressed in a rather bizarre way. Her head was covered, as if she didn’t want to be recognized.

Naturally, I came out to see who she was and asked her her name, where she was going, etc. She told me that she was on her way to take some food to her grandmother. She seemed like an honest person. However, the truth is that she was in my forest and seemed suspicious with that strange hood. Thus, I simply warned her how dangerous it was to go through the forest without asking for permission. Even more so with such a flashy outfit.

I let her go on her way, and then I hurried and took a shortcut I knew. This way, I reached her grandmother’s house before her. When I saw that nice old lady, I explained the issue to her. She agreed that her granddaughter needed to learn a lesson. We agreed that she would wait outside, but instead she hid under the bed. Then, I dressed up in her clothes and tucked myself in.

A most unpleasant girl…

When the girl arrived, I invited her into the bedroom. Upon sitting on the bed, the first thing she did was say something rather mean about my big ears. She had already said something unpleasant about me before. Yet, I did what I could to defend my ears. I told her that I could hear her better thanks to their size.

Also, I wanted to tell her that I loved the tone of her voice and how she used it to tell stories. I really wanted to pay a lot of attention to what she had to say, but she immediately made another comment about my big eyes. As you can imagine, I started to feel a certain antipathy for that girl. She appeared to be very good, but in truth she was not very nice at all. However, it is customary for me to turn the other cheek. Thus, I told her my big eyes helped me see her better.

The following insult really hurt me. I’m aware that my teeth aren’t the prettiest, but her comment was very unpleasant. Thus, although I did everything within my power to control myself, I jumped out of bed. Furiously, I told her that my teeth served me to eat her better!

A verdict with no evidence…

Now, let’s be honest, everyone knows that no wolf would eat a little girl. But that crazy girl started to run around the house screaming, with me right after her, trying to calm her. Until, suddenly, the door slammed open and a forest ranger appeared with an axe in his hand.

The worst part is that I had already taken off the grandmother’s dress. Immediately, I could tell that I was in trouble and unprotected. Without another option in sight, I jumped out an open window and ran as fast as I possibly could.

I would like to say that this was the end of the story, but that grandmother never told the real version. Little after that, the word started to get out that I was bad and mean. Everyone started avoiding me. I don’t know anything about that girl with the extravagant red hood, but since that day I’ve never been able to live in peace.

The art of listening

As it occurs in the tale of Little Red Riding Hood, oftentimes we accept a version of the facts as true without asking ourselves what others might have to contribute to the story. Each person can live one single reality in their own way, experience it differently and uniquely.

In order to know the other person’s version, it’s necessary to be interested in it and to take the time to listen to them. Thus, don’t simply accept something as true. Being cautious when judging others may help you avoid misunderstandings.

Asking questions and knowing how to listen is much more difficult than talking and giving your opinion. Oftentimes we listen simply in order to respond, and not in order to understand. Before filling our mouths with words we should fill our ears with what the other person has to say.

Ignored and slandered, the wolf was declared guilty without anyone caring for or paying attention to his version. Surely if they had asked him or had given him the time to explain, they would have learned his point of view and not condemned him so quickly.

We condemn many wolves in our lives without taking an interest in the story they have to tell. Likewise, surely many of us have been wolves in the eyes of people who have heard versions different from ours.

Remember that in stories there are as many points of views as there are people involved. Listening to different versions, asking the different parties and not judging before due time will help the wolves in your life be able to live in peace.

Culture
Vincent Van Gogh and the Power of Synesthesia in Art

Vincent Van Gogh explained in his letters that for him, sounds had colors and that certain colors, like yellow and…