How Does the Mind Respond to War? 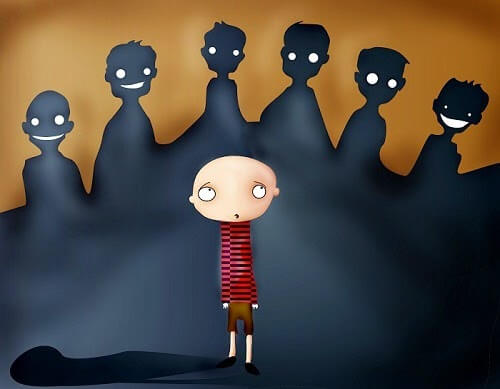 Can you imagine living through a war? Waking up every day knowing it could be your last?  Unfortunately, there are many people who don’t have to imagine. These people live every day immersed in a conflict that seems to have no end.

We use the word “intractable” to describe prolonged conflicts or wars that seem to have no solution. The lasting nature of the war wears on the people who live through it directly, whether it’s from a neutral position or on one of the opposing sides.

People who must live through war for a long time end up developing coping mechanisms that allow them to reduce the effects of war on their lives. The problem is that these mechanisms also make it difficult to achieve peace.

“Man will not be wise until he resolves all kinds of conflicts with weapons of the mind, not physical ones.”

What is an intractable conflict?

For a conflict to be intractable, it should present the following characteristics:

“To avoid conflict, don’t let your tongue move faster than your thoughts.”

Are you aware of any conflicts with these characteristics? Of course you are. The conflicts in Syria and Iraq right now fit this definition perfectly, although they’re not the only ones.

The evolution of the mind during war

People affected by intractable conflicts go through a change in psyche. The negative experiences that they have to face cause their socio-psychological mental structure to change. This structure is composed of three interconnected elements:

War from the couch

This structure provides a clear, holistic, meaningful explanation of why the conflict began, why it is maintained, and why it won’t be resolved. However, we, the ones watching the conflict from the security of our homes, don’t have the same socio-psychological structure.

“Your position in a conflict… It’s often not limited to the decision that you make, but its consequences.”

Our opinions about the conflict are going to be different than those of the people who live in it, since the consequences for us are different than they are for them. It’s important to understand this structure when you judge the opinions of people who live every day immersed in conflict, and it’s important to understand that the resolution won’t be easy if these structures don’t change.

6 Steps To Help You Resolve Conflicts

Have you ever been around a perfectionist? Probably, yes. Their behavior is quite interesting, and sometimes entertaining. Perfectionists have a need to achieve…

High performance isn’t limited to athletes or great businessmen. We can all aspire to be the best at what we…

The way you view yourself, your perceptions, and your beliefs about who you are and what you’re capable of doing…

Psychology
The Enneagram: What Number are You? Maybe You're a Leader and Don't Know It

So what number are you? The enneagram is an extremely useful test when it comes to personal development. It's more…

Psychology
A Bad Mood Can Turn Against You

We usually have complaints about the way other people treat us. According to the psychologist Elisa Múgica, this type of…