Malignant Narcissism According to Erich Fromm

For Erich Fromm, malignant narcissists were part of the fifth essence of human evil. These are people who feel superior, have lack of empathy, and are obsessed with having the complete attention of those around them. 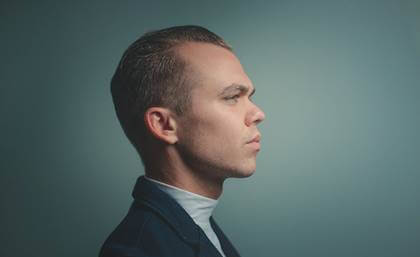 Erich Fromm defined malignant narcissism in 1964. He described it as a condition in which an individual is characterized by grandiloquent, antisocial, and hostile behavior. The people who have it dehumanize every scenario they’re in. Their lack of empathy and Machiavellianism could harm people.

Nowadays, it’s common to get the same kind of mental images when we hear others talk about narcissistic personality. Perhaps we think of that ever-so-common superficial person who does nothing but take selfies and post them on social media platforms. Another example would be someone who always puts themselves first and ignores the world around them. However, these behaviors go much further.

Erich Fromm talked about what he thought was the fifth essence of evil. Having witnessed the events of World War II, this psychoanalyst, social psychologist, and humanist philosopher of German Jewish origin wanted to lay the foundations of what, according to his own beliefs, could rise as the most serious pathology of all. The one where individuals are capable of performing violent acts.

We must note that, as of today, the fields of neuroscience and psychology offer different definitions when it comes to understanding or explaining evil. However, Fromm was a pioneer in his attempt to make it clear that narcissism is the root of many harmful human behaviors. This theory is incredibly interesting from a clinical point of view.

There’s a vital aspect that we should consider. Researcher Dr. Goldner-Vukov conducted a study at the University of Michigan, where he concluded that malignant narcissism was a serious condition. However, psychiatric research and literature forgot about it for decades since Erich Fromm defined it.

According to Goldner-Vukov’s work, it refers to a personality disorder with devastating consequences. In recent years, we’ve been hearing more and more people talk about it. For instance, we see how different political scenarios are full of behaviors that, according to experts, may be attributed to malignant narcissism.

We’ll give an example. John Gartner, a psychotherapist at Johns Hopkins Hospital in Baltimore who’s known for writing biographies about political acquaintances, noted something quite conspicuous. According to him, Donald Trump is a clear example of this disorder. Moreover, something that he didn’t hesitate to point out was that this condition has no treatment. It’s irreversible.

Let’s see some of the characteristics of this condition.

That being said, features of other conditions are generally part of the picture as well. Hence, malignant narcissism is a combination between the most pronounced narcissism and that antisocial behavior so common in psychopathy.

A common feature of narcissism is the reoccurring need to always be the center of attention. Their low self-esteem demands reinforcements, validation, and admiration at all times. However, this isn’t the case in malignant narcissism. Those with this personality type have completely assumed their role of superiority and magnificence, and they don’t doubt it for a second. The only thing they look for is to position themselves in a high rank wherever they go.

Erich Fromm described them as follows: “They feel powerful due to those qualities that they believe were given to them at birth. I’m better than you, therefore I don’t need to prove anything. I don’t need to interact with anyone or make any effort either. I move further and further away from reality the more I maintain this image of greatness.”

American psychoanalyst of Austrian origin Otto Kernberg also studied malignant narcissism. According to him, this profile is defined by the following characteristics:

Malignant narcissists only require the right circumstances to become tyrants

Knowing this, the question that comes to mind is: Are malignant narcissists actually dangerous? The answer’s clear and very much affirmative. Having a parent, a significant other, a manager, or even a co-worker with this profile may be harmful.

For example, a few days ago, a group of American psychologists and psychiatrists questioned the mental stability of the president of the United States. The term malignant narcissism was once again put on the table, making everyone reflect on the danger this could pose. However, for many, Trump is nothing more than the most prolific cyber-stalker in history.

However, experts point out that malignant narcissism only requires certain circumstances for the true inner tyrant to emerge. Therefore, it’s important to keep this psychological condition in mind and start focusing on the importance that Erich Fromm gave it back then.

9 Signs to Help You Recognize a Narcissist
At first glance, narcissists are charming people. They know how to draw others in. Learn to recognize a narcissist so that you don't fall into their traps! Read more »
Link copied! Next
Interesting Articles
Clinical Psychology
Hallucinations - Characteristics and Types