Neuroscience: A Way to Understand How the Mind Acts 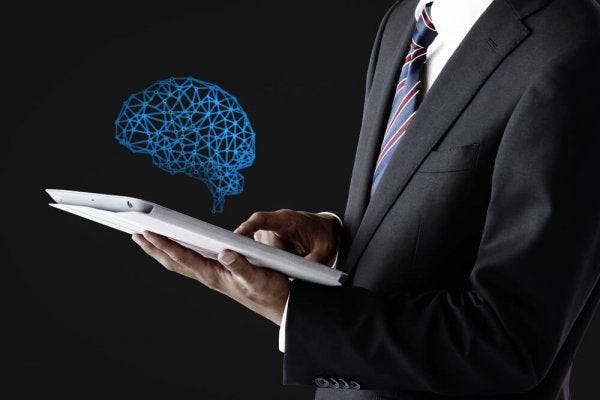 The goal of neuroscience has traditionally been to understand how the nervous system functions. Both functionally and structurally, this discipline wants to know how the brain is organized. Recently, it has gone further, wanting not only to learn how the brain works, but also how it impacts our behaviors, thoughts, and emotions.

The beginnings of neuroscience

You can’t talk about the beginnings of neuroscience without mentioning Santiago Ramon y Cajal, creator of the doctrine of the neuron. His contributions to the problems of development, degeneration, and regeneration of the nervous system are still important today and scientists are constantly adding to his work. If you have to put a date on the beginning of neuroscience, it would be the nineteenth century.

The discipline developed along with the development of the microscope. Experimental techniques, like staining tissues, and research on the structure and functionality of the nervous system also helped.

However, neuroscience and our understanding of how the brain works have grown out of many different areas of knowledge. It could be said that many discoveries in neuroscience are multidisciplinary.

Anatomy, responsible for locating all the complex internal parts of the body, contributed significantly. Physiology has focused on how the body works. Pharmacology, in turn, has focused on external substances and their repercussions in the body and our biochemistry, using substances secreted by the body itself, such as neurotransmitters.

Psychology has also made important contributions to neuroscience through theories about behavior and thinking. Over the years, psychology has moved away from such a localization perspective. This perspective believed that each area of the brain had a specific function. Now, researchers are taking a more functional perspective with the goal of understanding the overall functioning of the brain.

Neuroscience is a broad scientific field of study. It includes everything from fundamental research to applied research that works with the repercussions of underlying behavior mechanisms. Within neuroscience, cognitive neuroscience seeks to understand how higher functions such as language, memory, and decision-making work.

Cognitive neuroscience focuses on the neuronal substrates of mental processes. In other words, what impact do our behavior and thoughts have on our brain? We’ve detected specific areas of the brain responsible for sensory and motor functions, but these areas only represent a quarter of the total cortex.

The areas of association don’t have a specific function. Instead, they’re responsible for interpreting, integrating, and coordinating sensory and motor functions. This makes them responsible for superior mental functions. The brain areas that govern functions such as memory, thinking, emotions, consciousness, and personality are much more difficult to locate.

Memory has a link to the hippocampus, which you’ll find in the center of the brain. As far as emotions are concerned, we know that the limbic system controls thirst and hunger (hypothalamus), aggression (amygdala), and emotions in general. And it is the cortex where the brain integrates cognitive abilities. It’s where our capacity for awareness is generated, where we establish relationships and do complex reasoning.

The brain and emotions

One area that cognitive neuroscience has helped us understand is that of emotions. Emotions are crucial in a human being’s life. We all experience them. We express all emotions via visceral motor changes and stereotypical somatic and motor responses, especially movements of the facial muscles.

Traditionally, research attributed emotions to the limbic system. This is still held as true, but we’ve discovered that other regions of the brain are involved as well.

These other areas include the amygdala and the orbital and medial aspects of the frontal lobe. These regions work together to form an emotional motor system. The same structures that process emotional signals participate in other tasks, such as rational decision making and even moral judgement.

The visceral motor nuclei and somatic motor neurons coordinate how we express emotions. Emotions and the activation of the autonomic nervous system are intimately linked.

Feeling any type of emotion, such as fear or surprise, would be impossible without experiencing an increased heart rate, sweating, shivers… It’s part of what makes these emotions so rich.

Emotions are an adaptive tool that informs others about our state of mind. Commonalities have been demonstrated in how humans express joy, sadness, anger, etc. In fact, research has observed similarities across different cultures. It’s one of the ways we have to communicate and empathize with others.

One area that cognitive neuroscience deals with is memory. Memory is a basic psychological process that involves the codification, storage, and retrieval of learned information. The importance of memory in our daily life has motivated extensive research on the subject. In addition, forgetting is a central theme of many studies, since many pathological issues come with amnesia, which seriously interferes with people’s daily life.

The reason our memory is such an important issue is that it makes up much of our identity. On the other hand, although forgetfulness in a pathological sense is concerning, the truth is that our brain needs to discard useless information to make room for new information. You could call the brain an expert in recycling.

Neuronal connections change according to a person’s use or disuse of memory. When we retain information but then don’t use it, the neural connections involved weaken until they disappear. Likewise, when we learn something new we create new connections. Anything we learn and can associate with existing memories will be easier to remember.

Our understanding of how memory works greatly expanded following a study on people with a very specific type of amnesia. In particular, it has helped us understand short-term memory better and the consolidation of declarative memory.

The most famous case is that of H. M. He stressed the importance of the hippocampus in making new memories. But the cerebellum, the primary motor cortex, and basal ganglia control motor memory.

Cognitive neuroscience also has a lot to say about language. Language is a skill that differentiates us from other animals. The ability to communicate our thoughts and feelings with such precision and so many nuances makes language our richest and most useful communication tool. This characteristic, unique to our species, has inspired much research on the topic.

The achievements of human culture are based, in part, on language. This is because it enables accurate communication. Linguistic capacity depends on the integration of several specialized areas of the association cortices in the temporal and frontal lobes. In most people, the primary functions of language are found in the left hemisphere.

The right hemisphere takes care of the emotional content of language. Specific damage to these regions of the brain can compromise essential language functions. Aphasia may result. Aphasia looks different depending on the person. For example, it may involve difficulties in articulation, as well as difficulty producing and understanding language.

Describing all important neurological studies is not within the scope of this article. But the following discoveries are some of the most important because they completely changed what we thought about how our brains function and opened new avenues of investigation. The following is a selection of important experimental research in cognitive neuroscience and neuroscience in general.

The future of cognitive neuroscience: “The Human Brain Project”

The Human Brain Project is a project funded by the European Union. It aims to build an infrastructure based on information and communication technologies (ICT). This infrastructure would provide scientists around the world with a database for the field of neuroscience. The goal is to develop 6 platforms based on ITC:

The project began in October 2013 and current estimates are that it will take 10 years to complete. The data collected in this huge database may facilitate work in future research. Progress in new technologies is allowing scientists to more deeply understand the brain, although basic research still has a long way to go in this exciting field.