Love Has No Size: The Heart Adjusts 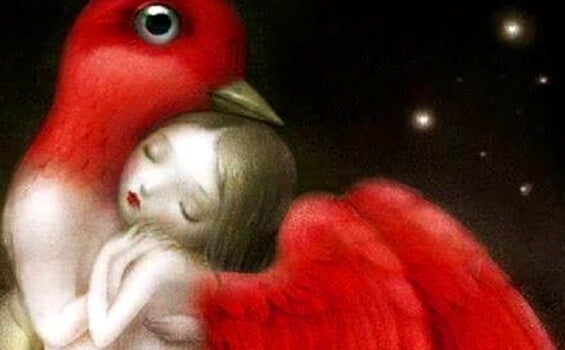 When it comes to love, our hearts and values adjust to it. What’s truly important is that a couple is in love, not what the world thinks of them. It’s no one’s business how long we’ve been together, or that you’re from Mali and I’m from Poland, or that you’re tall and I’m short, that you’re skinny and I’m not… Because passion has nothing to do with sizes and has no time for people’s judgment.

Let’s admit it, we live in a social reality where being different makes people uncomfortable. Anyone who dares to break the mold and stray from expectations, or from what’s normal, will get pointed out immediately. We’re shaped by a society that still whispers when she’s much older than he is. We live in a world where that happy, cheerful young woman holding hands with an older man is seen as someone who feels no love, and has only greed in her heart.

“Love does not consist of gazing at each other, but in looking outward together in the same direction.”
-Antoine de Saint-Exúpery-

Not everyone is able to tell how those two people holding hands really feel. Unlike the people who talk behind their backs (since they’re usually not brave enough to say it to their faces), those two feel nothing but happiness. It doesn’t matter if one person is tall and the other is short, or if they’re the same sex, or if one of them is 200 pounds and the other person is super skinny… The couple will walk through the street like an icebreaker through the Arctic Ocean of conventions, splitting the iceberg of prejudice in two.

At least that’s how it should be.

A Courageous Love, a Love Where Prejudice Doesn’t Matter

Mildred and Richard Loving fell madly in love when she was 11 and he was 17. They were very young, no one disagrees with that, but that was far from their biggest problem. It was the 50s, they were in Virginia, and she was the daughter of a black man and a woman from the Rappahannock tribe.

Richard, on the other hand, had European ancestors. Back then there was an awful law in effect, the Racial Integrity Act. It was a shameful law that created a distinction between white people and “colored people,” and said they couldn’t intermarry. If they did, there were only two options: jail or deportation.

But none of these barriers extinguished their love. When Mildred turned 18 in 1958, the two of them decided to get married. One year later, when she was pregnant, a neighbor reported them and they were separated. Richard Loving was incarcerated. It wasn’t until 1964 that Mildred Loving, desperate about the situation, decided to write an emotional and courageous letter to Robert Kennedy, who put her in touch with the American Civil Liberties Union (ACLU).

Three years later, in 1967, the Loving case became a landmark victory for civil rights. The Supreme Court said that: “to deny this fundamental freedom on so unsupportable a basis as the racial classifications embodied in these statutes is surely to deprive all the State’s citizens of liberty.”

If there’s one thing that should definitely shock us about this story, it’s that it only happened 50 years ago. Another shocking fact is that these kinds of steps in the right direction, just like the legalization of same-sex marriage, are landmarks that take so long to achieve. And all of them have truly dramatic, tragic stories behind them.

But, even if it’s hard to believe, there are a lot of studies that say both interracial and same-sex couples still suffer from all of our prejudices and from the weight of those silently judging stares.

The Heart Makes all the Differences and Criticisms Invisible

Love goes way beyond what Antoine de Saint-Exúpery said in The Little Prince. It doesn’t just mean that we’re both looking in the same direction. We also have to look each other in the eyes every day to nourish our “couple consciousness.” We have to invest in the four “Cs” that characterize a strong, happy relationship: commitment, cooperation, communication, and community (or intimacy).

These are the places where the couple finds the strength to speed their boat up fast enough to break the social barrier of criticism and prejudice. Because if there’s one thing that’s truly tragic, something you’ll regret on your deathbed, is that you weren’t brave, that you didn’t love when you could and should have, that you didn’t take advantage of that opportunity that rarely comes twice.

The heart has to be brave and make both the differences and criticisms around you invisible. You’ll never be too old to fall in love again, even if your children say “that’s pointless at your age.” You won’t let that boy or girl from high school or college get away just because your friends say “they’re weird, they’re fat, or they’re not right for you.”

Only we know what fits our heart, what warms us up, what comforts our soul, and what makes us smile. We’ll walk through society holding hands with our lover like icebreakers in the sea of hypocrisy, like colorful kites that don’t need any wind to fly…

9 Interesting Side Effects of Falling in Love
Paulo Coelho said “There is no such thing as peaceful love. It is accompanied by agony, ecstasy, intense joy and deep sorrow."  Read more »
Link copied!
Interesting Articles
Wellness
The Tears I Didn’t Cry, the Sadness I Ignored

Repressing our emotions is something we all do, some more than others. Sometimes, what we've been taught to do since childhood; the…

Fear is a universal feeling. We have all felt it at some point. It is characterized by a feeling of anxiety caused by a perceived threat. Even though it's often…

Wellness
Anxiety: Living for the Future

Wellness
The Therapeutic Strategy for Turning Anger into Compassion

Anger is a poisonous emotion that is born out of perceived danger and threats. Its evolutionary purpose is to motivate…