Shattering Prejudices Each Day: The Best Recipe for Survival 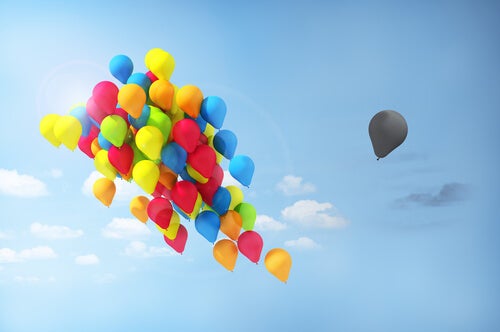 Throughout the day, without realizing it, we talk and say things that denote our prejudices towards a person, group of people or a situation.

The bias comes from the Latin word “praeiudicium” which translates as “pre-judgment”. Therefore, prejudice is the act of prejudging, judging things or people without knowing them.

“Prejudice is the child of ignorance”

Prejudice is usually a negative attitude toward something or someone, which tends to be generalized. It leads to two consequences:

Prejudice can be made up of different kinds: religious, political, racial, gender, etc. But we can highlight two major groups:

They arise from differences of social position and the desire of people to justify and maintain those differences. Social prejudices make us believe that a man in a suit and tie is more reliable than a pauper. We store this information in our brain whether it’s true or not.

These are prejudices derived from a person’s skin color. A group of psychologists from New York University, led by Elisabeth Phelps, conducted a study and found that many people make decisions based on unconscious racial bias.

It was discovered that the reliability of each person was dependent on the race. These unconscious biases, Phelps says, quickly come into play when we evaluate a stranger about whom we have no information.

Prejudices have a number of features that include:

They have harmful effects

Since this is a value judgment based on insufficient or incomplete information. On this basis, the prejudice behavior may not be correct.

They are based on a distorted view of reality

Prejudices are a way of interpreting reality, but based on incorrect or incomplete information. Sometimes the bias persists despite having all the information.

They involve resistance to change

Prejudices are very difficult to change, because people believe in their veracity. The conviction that it is real prevents change.

Shatter a prejudice each day!

A good recipe for survival as well as to be happy is to shatter a prejudice each day.

How can we do it? Here are some tips:

Take time to get to know people

Before you say or think something about a person, take time to get to know them well and find out who they are. You might be pleasantly surprised if you give it a try. Many times you learn more from differences than from similarities.

If you do not like to be criticized without reason and without people knowing you, don’t do it with other people. Respect others as you want them to respect you.

Think about how the other person feels and put yourself in their shoes. We don’t know what kind of life others have had and many times we come to conclusions without sufficient information. Listen carefully and enjoy the ability to understand and meet others.

Discover your prejudices and commit to change

Reflect on what you think of people who belong to certain groups or races and commit to change. Appreciate diversity and learn from the differences. Diversity enriches us as people. The more people we know, the more varied points of view we will have and they will bring us more ideas on topics that we may not know or only partially understand.

It is impossible to understand or share everything, because each group has its customs, but maybe someone else from another group doesn’t understand your ways. The important thing is not to understand, but to accept differences.

“What a sad time we are in! It is easier to disintegrate an atom than

It's impossible to live under constant stress and always be in a rush, because neither the body nor the mind can withstand such a high level of activation for very long. Doing…

Have you noticed that your child experiences very intense moods? Do they show extreme changes in behavior? Do they have very sad periods, and suddenly become very enthusiastic, sometimes with…

You turn over again in your bed and you change your position. You try counting sheep...1...2...3...Nothing. There's no way. You get up, go to the fridge, and drink some water. You…

To go through everything human beings have gone through and to reach where they have reached, it took excessive optimism.…