Learn How to Ask for Things 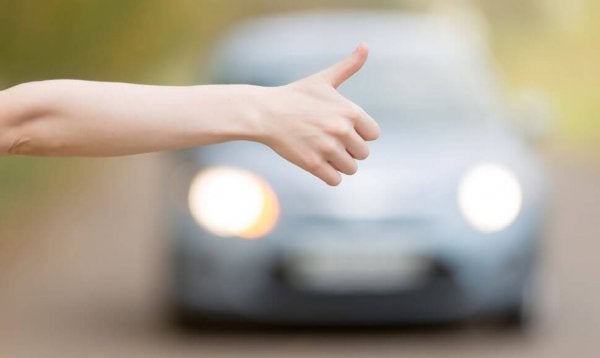 Before you blow out the candles, you make a wish. This is a paradoxical example of asking someone else to make a request for you. In this case, you’re asking the flame that crackles on top of the wick to be a magical wish-granter. But more common, everyday examples include “pass me the bread,” or “pick up the kids today, I can’t.”

One of the most popular images of childhood is one where the parents are teaching the child to say please when they ask for something and thank you when their request is fulfilled. But we already do this at a much earlier age than this scene typically implies, when we point to the bottle of water or toy that lies just out of our reach.

This article is dedicated to an activity that makes up a part of our daily lives, that’s present in all areas of life, and that we’re taught explicitly when we’re children, but that we often do poorly. The most immediate consequence of a poorly-made request is not getting what you wanted, and even if it’s just for that reason, it’s worth learning how to be better at asking for things.

The circumstances of the request

What we expect in response to a request is a promise. We want the person to commit to doing what we want. In fact, most requests stop being formulated the moment we get a response, not when we get what we wanted.

In addition, when you ask for something, you’re expressing a need, which indicates vulnerability. Therefore, many people refrain from asking for things. They don’t want to discover their weak points that they need help with, so they prefer to try to fix the situation themselves before asking for anyone’s help.

There are some interesting techniques that can help you get people to say yes. One of them is called the “foot-in-the-door” technique. In this strategy, you try to get the other person to say yes to a request that, if asked directly, would probably be denied. First, you ask for something small, and then something bigger, and so on until you get to the request you had originally desired.

-We’re going out today, can you come over around noon to look around and make sure everything is okay?

-And since you’re already going to be there, would you mind taking the dog out for a moment?

Another thing that makes people more receptive to requests is to do the opposite: the person making the request starts by asking for something they know the other won’t agree to, so that later they can make a much less-demanding request that they really wanted.

-Scrub down the kitchen and dust your room before you go out.

-Okay, well at least take out the dog before you go.

Finally, before we move onto the four elements that make up a good request, we have to differentiate requests from complaints. Many people try to negotiate favors by complaining. For example, instead of asking their boss for a better office chair, they complain openly about not having one.

One of the most common reasons people complain instead of asking for things is to avoid feeling vulnerable because they think the person they’re asking will label them as weak. Another situation in which people use complaints is when they think their request won’t be fulfilled, and they complain to show that they’re upset.

Ask for things using these 4 elements

First of all, determine who the subject is. Using the first person “I” is much more powerful and effective than an impersonal statement like “it would be good if you improved the chairs in the office.” That way, the person you’re asking knows who they’re making promises to and they’ll be reminded of the promise whenever they see you. Meanwhile, it’s a lot easier to say no to an unspecified person than someone in particular.

Secondly, there must be someone to receive the request, rather than saying “can somebody bring over a chair?” or “can somebody cover my shift tomorrow?” It’s better to say “can you bring over that chair?” to a particular person. That way, you’re addressing the person directly and they can’t weasel out of saying yes because they weren’t mentioned personally. This is especially important at work. It’s best to figure out who can make a decision on the matter and direct your request specifically to that person.

Thirdly, there should be a specified time frame. When you send someone an e-mail that includes a request, it’s more effective if you specify when it needs to be completed by. Also, particularly for e-mails, it’s helpful to make it clear that you expect a response.

Lastly, it’s best to ask for something specific. It’s very different to say “I want you to behave well,” than “During the ceremony, I want you to stay quiet, and when it ends, I want you to say hi to your cousins.” With the first, the child might think that they’re behaving well, but they might not know for sure because the context is new for them. In the second one, it’s very clear what you want them to do. This applies to raising children, but also to interacting with adults in any setting.

Like we said at the beginning, we ask for things every day, but we’re not good at it. In fact, many of the requests we make are vague and unclear, partly because there are different fears behind them (fear of rejection, fear of asking for too much, fear of bothering someone, fear of owing someone a favor, etc.), and partly because, beyond saying please and thank you, nobody taught us how to do it well. Hopefully this article can give you a hand with this!

Learn to Say Thank You

The mind often goes faster than life itself. One of the keys to slowing down is practicing the power of patience.…

Psychology
Motivation for Self Improvement

Motivation is the key to understanding why humans persist in tenacious pursuit of goals that have no short-term benefit. You…

Psychology
I'm Hiring a New Cupid...My Old One Got Fired

Psychology
Why are Statistics Useful in Psychology?

Statistics usually draw the attention of those who start a psychology career. They believe that numbers are a thing of…

Interesting Articles
Emotions
Why are Emotional Presents Useful for Children?