The Difference Isn't in the Promises We Make, But in the Ones We Keep 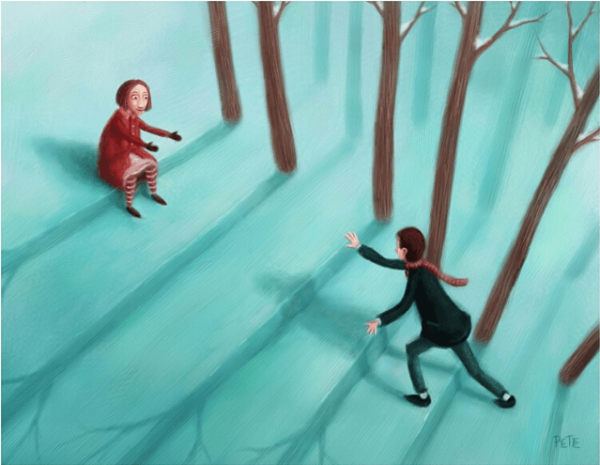 We go through life making promises as if certain that, in doing so, we are reassuring ourselves that those people we want in our lives are never going to leave. We believe that making a promise is the same as signing a contract, that you extend the time you have to share with someone.

However, what we fail to realize is that quite often, what leaves a trace is not the act of making a promise and setting an expectation for you to achieve it, but that someday it may cease to be promise and become reality. At the end of the day, reality is all that matters: what comes to us, that which we can feel and touch.

How many times have we promised to give the moon and stars? Or, better yet, how many times have they been promised to us? Making promises is easy, so when they’re not met, they can do a lot of harm. In addition, along those same lines, this is also the reason that we feel disappointed when a promise is not fulfilled. We were expecting something. We had confidence in what we were told and it didn’t happen.

When a promise is left to die in the world of the impossibles, we feel betrayed or perhaps more accurately put, disappointed. Disappointment is a horrible feeling that we begin to feel in different situations of our lives, and puts us in front of a reality we do not wish to see.

Sometimes even this can be a confusing reality, and can become blurred because we feel hurt. To avoid having these negative feelings in our life, it’s essential that we be aware that fondness doesn’t live on pretty words and promises from a distance, as Cortazar would say; but instead on a present that is full of beautiful details in the now.

“Words can be twisted into any shape. Promises can be made to lull the heart and seduce the soul. In the final analysis, words mean nothing. They are labels we give things in an effort to wrap our puny little brains around their underlying natures, when ninety-nine percent of the time the totality of the reality is an entirely different beast. The wisest man is the silent one. Examine his actions. Judge him by them.”
― Karen Marie Moning

The real reason why promises are so important

The truth is that any strong relationship we have in our life is based on the trust that we have with the other person. No matter what kind of relationship you’re talking about — whether it’s your partner or your friend, trust is always the starting point – the septum and the end point of any bond between two people.

Beware of promises…What can you do?

In order to keep your relationships in the healthiest way possible….

Link copied!
Interesting Articles
Wellness
Are You Addicted to Love?

People develop addictions to protect themselves from painful and unbearable emotions (anxiety, complexes, insecurity, etc.) By doing this, they avoid contacting their suffering and their pain, and use addiction as their escape…

Words are powerful. So powerful that they can cause a lot of emotional pain. As if you'd been punched, as if your soul had…

Wellness
Are You Giving Too Much and Receiving Too Little?

Sometimes we feel we are giving and giving but, at the same time, we are not receiving. This usually happens…

Wellness
Say These Things to Your Kids Every Day

Words are powerful. We both interpret and articulate all of our thoughts and feelings through words, and they form the basis of our…