How Do Complaints Affect Our Brain? 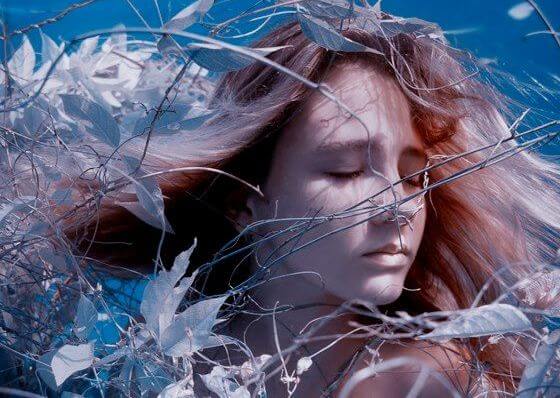 A friend meets up with another friend. In five minutes the first one is overwhelmed and speechless to hear complaints from the other. Complaints about his parents, his brother, not having a job, being single, lousy healthcare, his neighbors’ lack of awareness and the arbitrary measures taken by the government.

There are situations in life that undoubtedly deserve complaints. Complaining can help us release the tension accumulated by the event itself. The loss of a close relative, becoming unemployed due to downsizing, divorce or serious illness are painful experiences which can make us feel the urge to complain.

“There had been a man who reveled in how awful his life was, and preferred to complain than to change it.”

However, some people make complaints a large part of their daily routine. Moreover, they think that all the “good people” of the world are obligated to listen to their cries. If not, it means others are insensitive or selfish.

Living in the present is not easy. We are constantly bombarded with news which is mostly painful or disturbing. Additionally, we tolerate crabby bosses and pissed off coworkers. And that doesn’t include the personal problems we are exposed to. They include loss, illness and a packed bag of situations which at times become asphyxiating.

Faced with such a scenario, we generally have two options: to analyze each situation and find the most appropriate exit or to resist and complain. What is worrisome about this second option is that it becomes a habit. It is a habit that limits our potential and generates a negative attitude in those around us.

We might think that complaining is a kind of catharsis against pressure and at times it may fulfill this function. However, complaining may become, without us noticing, a habit that we repeat like a vicious cycle. It eventually turns into our automatic response when faced with difficulties.

Consequences in our brain

According to research, the frequency and emotional intensity with which we complain can cause significant changes in our brain. When we experience constant frustration, the brain releases hormones such as norepinephrine, cortisol and adrenaline which will eventually alter the normal functioning of this organ.

Some scientists even claim that being exposed to complaints on a regular basis deteriorates or eliminates neural connections present in the hippocampus of the brain. That is precisely the area in charge of finding solutions to the problems we face.

Complaining is a way of negatively conditioning ourselves. It often  generates rejection from others and ends up damaging our family, marital or work relationships. It is a condition of dependence and therefore of immaturity and passivity in the presence of problems.

What can we do?

Things are unlikely to always be what we want them to be. So why get frustrated and bitter by the things that will not change because they are beyond our control? Wouldn’t it be more reasonable to have a more flexible attitude? To assume a more adaptive behavior that allows us to have better choices in our life?

We spend a lot of energy complaining, and we could better use that energy to overcome adversity. Modifying our behavior will always be an option.

It is true that in certain situations it is healthy to complain. We must learn to differentiate those situations when complaining can be helpful to our self-esteem.

To overcome this exhausting habit of complaining, it is important to start by analyzing problems with a cool head and assessing what we can do. We must learn to interpret things differently. We can try to be less self-destructive and more proactive. We are not trying to change the world of others. We’re making an effort to improve our own.

Keep this in mind

There are situations where complaints become a conscious or unconscious manipulation strategy. The offender experiences guilt and their way of disguising such guilt is by awakening other feelings of sympathy or solidarity. In this way they do not have to deal with the responsibility for the consequences of their actions.

Complaining is a state of malaise that tends to perpetuate itself. It is a condition that causes suffering, but at the same time a kind of strange satisfaction. We are better off looking for other ways to soothe our discontent, and making an active overcome that state of passivity towards life.

To Be Happy I Make Decisions

We are constantly making decisions, either consciously or unconsciously. We are directing our course with the choices we make. See more »

Link copied!
Interesting Articles
Stories and Reflections
The Myth of Medea, a Sorceress in Love

Beethoven is one of the most important composers in the history of music. Schools and conservatories still study his works…