We Know Reality In Pieces, Our Mind Invents The Rest 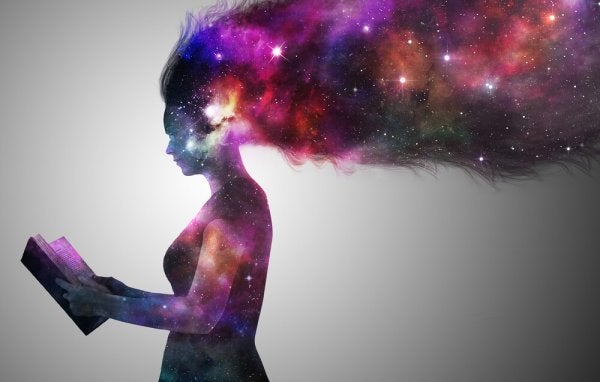 Perhaps you’ve never thought about it, but your mind works in pieces. It receives reality like pieces of puzzle-several for each sense- and has to do the fascinating job of integrating them into a whole, which we call reality.

It is a constant and continuous job in which there are not only pieces coming from our senses, but also silently mixes feelings, thoughts, opinions or memories.

The pieces of the novel

Some time ago, I read a delightful tale that began: “I bought a novel and my dog ate the beginning, the end and several dozen scattered pages of rest before I had time to start reading.”

We also witness the outside world in this way, as if it were part of a story that our dog would have taken a few bites out of. However, we are not aware of it because our mind unites and creates where there is no information so the story makes sense.

We cannot change it

The story continued: “Without forcing my dog to meditate about the inappropriateness of his behavior, by repeatedly showing him the place where I figured the price, I set out to assess the damages inflicted and to try to save what could be saved.”

As noted above, it is very difficult to make an assessment of the part of the story we lack because our mind is almost automatically responsible for closing these holes. The truth is that in most cases it doesn’t do a bad job and the patches are quite hidden. Hence why it it is so difficult for us to identify its existence.

Separating what is information from that which is not is more than a hypothesis. More or less likely, it is a voluntary task and is usually more difficult than implementing these patches. On the other hand, do not forget that our brain follows Occam’s razor exactly and usually goes for the most economical hypothesis for it.

Does something happen because we fill in something that is missing?

In most cases no. We have a rather intelligent brain. For example, if we say that someone is up early this morning we will assume that they got up before 10, or even earlier.

On the other hand, if we are told that John has come late to work this morning and also last week and the previous, we might think that John is not punctual and perhaps does not take his job seriously. The fact of thinking that it is because of “this or that” is information that is stapled to the fact and is stored this way.

Our mind is clever and, in many occasions, uses the hypothesis that best suit us. An alternative hypothesis to John’s delays might be a problem he has which is what really prevented him from arriving on time. But for us, this is a more complicated scenario.

Our mind protects us

Why is it that the hypothesis that John has a problem is more complicated for us than John having lost interest in his job? Because the former would force us to ask a question. We can ask John directly, but we do not have enough confidence in him to delve into his life.

We can also ask someone close to him, but they will most likely raise their eyebrow, assume we are nosy and give us information that could mislead us even more. On the other hand, if John has a problem and can help, shouldn’t we help him?

Sitting quietly at our job would awaken our consciousness. This, when awakened, can be unfortunate because we are easily distracted and end up forcing ourselves to do something about John’s problem.

That said, our story ends: “The denouement of the novel seemed especially lucky: one of the most interesting and attractive characters became the creditor, I don’t know why, to a charge of murder, when it was obvious that throughout the preceding pages he had not killed anyone or had even hinted at such atrocity. The police are about to arrest him when the inspector takes a cigar and, without knowing if he smokes or not, the novel ends. ”

The Process of Deciding What To Believe

How do we choose what we believe and what we accept as true? Throughout our lives we have to make millions of decisions and … More »

Link copied!
Interesting Articles
Theories
Color Vision in Humans - How Does It Work?

Not every friendship lasts forever and, just like with breakups, sometimes the end of a friendship can be a painful…

There is no one emptier than he who is full of himself. When you are closed off and living alone…

Psychology
Relationships Are The Mirror In Which We See Ourselves

We are inevitably interested and affected by the world of human relations and we cannot remain indifferent to this fact.…

Sexual predators aren't sick. They aren't sex addicts, nor do they live only in the highest echelons of Hollywood. The…