Which Faces Inspire the Most Confidence? 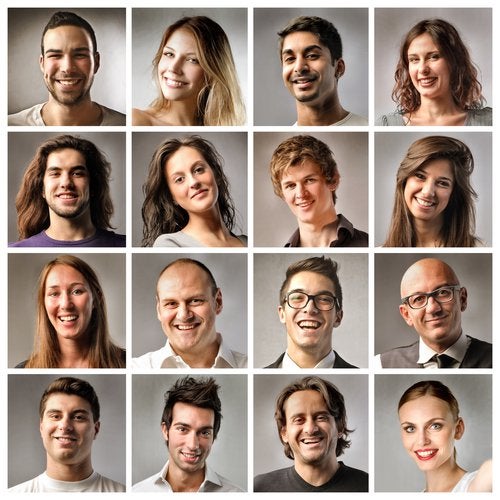 Things that are considered “normal” often go unnoticed, but a new study suggests that “normal” is necessary when people evaluate the trustworthiness of a face.

According to the study, “the influence of facial trustworthiness in perceived reliability” is most likely that people trust in a “typical” face, because it represents familiarity and cultural belonging.

In this sense, these results have important implications in the understanding of social perception, including intercultural perceptions, explains social scientist and principal researcher in the study Carmel Sofer of Princeton University and the University of Radboud Nijmegen (the Netherlands).

Some studies suggest that the relationship between the average (or typicality) and the attractive is not so simple, and that some facial dimensions are more important than others in explaining this connection. Sofer and other researchers involved in the study asked whether typicality could be more directly linked to the perception of reliability.

In an experiment, researchers digitally created a “typical” face from an average of 92 female faces, and also created an “attractive” face by melding together 12 of the most attractive faces from another set. They then combined the two faces into just one face, and created nine variations with different levels of attractiveness and typicality. The final product was a set of 11 faces ranging from the least attractive to the most attractive, with the most typical face in the middle.

The women who participated saw these facial variations and used a 9-point scale to grade trustworthiness and attractiveness. Over the course of the study, participants saw and classified each face three times. Researchers only included female participants, in order to eliminate possible gender bias in the way that faces are perceived and evaluated.

The resulting grades that the faces received reveal a certain relationship between the typical face and the degree of perceived trustworthiness. The closer a face was to the typical face, the more it was considered more worthy of trust and confidence.

However, when analyzing attractiveness, the typicality did not show that it carried out a relevant role in the evaluation.

“Although the typical face did not matter in the assessment of attractiveness, it was important for those judging on trustworthiness and confidence,” explained Sofer. “This effect may have been overlooked because the judgements of confidence and attractiveness are generally strongly related in research.”

Another experiment confirmed these results, showing that the relationship between the average face and trustworthiness was not caused by the specific faces used or by the transformation process used by researched to digitally combine and alter the faces.

“Upon showing the influence of the typical face on perceived honesty and integrity, our results shed new light on how the typical face influences social perceptions,” write the researchers. “They highlight the social significance of a typical face because judgements of trust and confidence come close to general facial evaluation.”

Sofer and his colleagues are interested in exploring how facial typicality influences our perception of others in intercultural environments.

“We are interested in how people judge trustworthiness in faces when visiting other countries and how people perceive international visitors,” explains Sofer. “Furthermore, we intend to study the shape of the typical face and how it influences judgements of trustworthiness when other factors, such as emotional expressions, are present.”

Link copied!
Interesting Articles
Psychology Today
Dreams and Nightmares during the Pandemic: A Side Effect of Anxiety

Culture
Why Do We Kiss?

Have you ever asked yourself what's the reasoning behind one of the most sincere displays of affection and love? The kiss. Perhaps your answer would be simply "because we feel like it".…

Culture
33 Quotes by Einstein That Will Make You Think