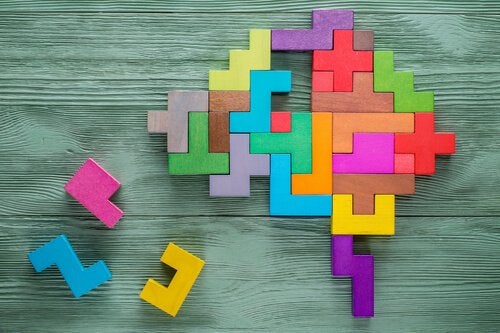 If there’s one thing that all psychologists know, it’s that some cases are very difficult to treat, due to reasons such as the patient’s personality, the relapse rate, and the disorder itself. Personality disorders, for example, present multiple challenges for any mental health professional.

These kinds of psychological conditions benefit enormously from therapies with a broader focus. According to a study from the University of North Texas and City University of New York, combining psychological therapy with social education, workshops, and mindfulness can prove very successful for difficult patients.

Integrated methods work, and there’s no doubt that the most well-recognized of all of them is schema therapy. When Jeffrey Young first developed his schema theory, it was considered an improvement of Aaron T. Beck’s cognitive therapy.

“Patients must be willing to give up their maladaptive coping styles in order to change. For example, patients who continue surrendering to the schema—by remaining in destructive relationships or by not setting limits in their personal or work lives -perpetuate the schema and aren’t able to make significant progress in therapy.”

Psychologist Jeffrey E. Young has spent the last 20 years developing schema therapy based on his experience and the clinical demands of his everyday work. In this regard, his book Schema Therapy: A Practitioner’s Guide stands out as an interesting and complete manual for schema therapy. Not only does he offer the tools that mental health professionals need to deal with difficult and complex cases, but it also helps you reflect and understand why sticking to a single method isn’t always a good thing.

Holistic methods such as schema therapy use the most effective tools from different methods to maximize patient benefit. Let’s take a closer look at how schema therapy works.

The Goals of Schema Therapy

As the name suggests, this therapy seeks to identify the dysfunctional schemas that lead an individual to think and act in problematic and self-harming ways. To that end, this therapy uses the following guidelines:

Which Patients Can Benefit from this Therapy?

Schema therapy is especially effective for disorders in Axis 1 of the DSM-V (Diagnostic and Statistical Manual of Mental Disorders). Axis 1 includes the following clinical conditions:

The Two Pillars of Schema Therapy

Identifying the Schemas that Explain the Patient’s Behavior

In cognitive behavioral therapy, a schema is a pattern that determines the way you think and act. Many schemas lead to suffering, such as an unhappy relationship or living a destructive life.

Jeffrey Young highlights the importance of identifying early life experiences and the patient’s emotional temperament. In this therapy, the primary focus is detecting early maladaptive schemas and their origins.

How Does Schema Therapy Approach these Issues?

On average, this therapy lasts about a year. It’s a difficult and profound process that requires the therapist to have an excellent connection with the patient. When the patient feels comfortable with the therapist, they can work on identifying their problematic schemas.

Later, psychologists use Gestalt therapy, psychoanalysis, cognitive behavioral therapy, and emotional therapy to guide the patient in building new valid, effective, and healthy schemas. In conclusion, schema therapy is as interesting as it is useful for many patients with mental health problems.

Seven Factors that Make Therapy Effective
There are many options for therapy and they all have different degrees of success. No one really knows which is the most efficient or effective therapy. Read more »
Link copied!
Interesting Articles
Therapies
Four Metaphors of Acceptance and Commitment Therapy