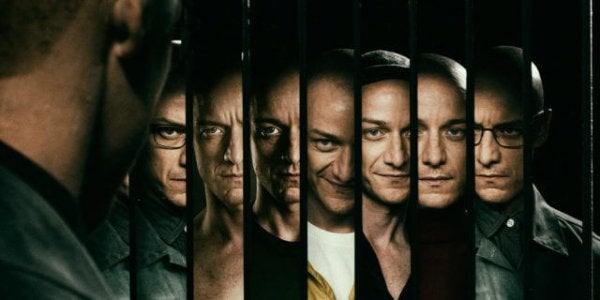 Dissociative disorders frequently happen after some kind of traumatic event. The proximity to trauma influences many of the symptoms. Generally, scientists define psychic trauma or psychological trauma as an event that deeply threatens the life or well-being of a person. They also classify the effects of the event on the mental structure or emotional life of the victim as trauma.

According to the most recent update of the Diagnostic and Statistical Manual of Mental Disorders (DSM-5), dissociative disorders are classified in the following way:

In this article, we will focus on Multiple Personality Disorder.

What is Dissociative Identity Disorder?

Scientists define dissociative identity disorder (DID) as the presence of two or more distinct personalities or the experience of being possessed. It is more commonly known as “multiple personality disorder.”

Many movies deal with this disorder, to varying degrees of accuracy. “The Three Faces of Eve,” “Fight Club,” and “Me, Myself, and Irene” are about DID. In all three movies, the protagonists have different personalities. These personalities make their appearance in different ways. It is as if a single person coexists in several people.

“-Charlie is a schizophrenic.

-I don’t know. We don’t get involved in each other’s business.”

-Dialogue from the movie Me, Myself, and Irene.

Whether or not these personalities show themselves depends on a variety of factors. Psychological motivation, stress level, culture, internal conflicts, and emotional tolerance all play a role. When a person with DID is under prolonged and serious periods of psychosocial pressure, the patient might have continuous periods of identity interruption. Expressions of alternative identities are quite obvious, but they don’t always happen.

In the case of a patient who doesn’t directly display states of an alternate personality, the disorder is identified with two groups of symptoms:

The observed and possessed observer

Individuals with dissociative identity disorder talk about the feeling of suddenly becoming depersonalized observers of their own speech and actions. They might also feel powerless to stop them (sense of self).

They also report perceiving voices. It might be the voice of a child, crying, the voice of some spiritual being, etc. In some cases, there are multiple voices. They are disconcerting and independent of the individual’s thoughts. Nor does the patient have any control over them.

“People with DID sometimes hear voices that no one else can hear.”

Strong emotions, impulses, or speech sometimes come out suddenly. People with DID can’t control these impulses and they don’t feel a sense of personal belonging (sense of self). Patients report that these emotions are disturbing.

Attitudes, perspectives, and personal preferences (food, activities, clothes, etc) might change suddenly and then change back. Patients might also feel that their bodies are different. Examples include feeling like a small child, a very muscular person, an old woman, etc.

Though the majority of these symptoms are subjective, family, friends, and doctors can observe a lot of the abrupt interruptions. Seizures are obvious, especially in some non-Western contexts.

Dissociative Amnesia – when something besides memory fails

Dissociative amnesia is amnesia caused by a traumatic or stressful event. It produces the inability to remember important personal information. People have holes in their memory that can span minutes or even decades of their lives.

Dissociative amnesia in people with DID manifests itself in three primary ways:

Dissociative fugues are trips far from home or work with the inability to remember the past and confusion about prior identity. People with DID experience these fugues quite frequently. They report that they suddenly find themselves on the beach, at work, in a nightclub, etc., without remembering how they got there.

Possessed by a “spirit”

When someone with DID experiences possession, the identity is usually that of a “spirit” (supernatural being) or unknown person that takes control. The person with DID starts talking or acting very different than normal.

“I feel like I’m not myself anymore. I don’t have any emotions, but I feel so angry I could kill. Sometimes I feel like I am two people, us, reason and emotion.”

For example, the individual’s behavior can make it seem like the “ghost” of a girl who committed suicide many years ago in their community hijacks their personality. A demon or divine being could also take over.

This causes a severe decline and might demand that the individual or a family member be punished for past events. More subtle periods of identity changes sometimes follow. Nevertheless, the majority of “possessions” in the world are normal. In general, they are part of a spiritual practice and don’t mean that the person has DID.

The identities that come up in someone with DID happen more than once. In addition, the individual doesn’t want them, they are involuntary, and they cause significant clinical harm and decline. Neither are they part of a widely accepted cultural or religious practice.

People with DID typically have problems with depression, anxiety, substance abuse, self-harm, and non-epileptic seizures. They often try to hide the symptoms. They are also often unaware of the interruptions, amnesia, etc.

Many of these individuals report dissociative flashbacks. During these episodes, they sensorily relive a past event as if it were happening in the present. They also tend to report multiple types of interpersonal mistreatment during childhood and adulthood. Self-mutilation and suicidal behavior are common.

“Self-mutilation and suicidal behavior are common in people with dissociative identity disorder.”

These people are more likely to suffer hypnosis and dissociation. The term dissociation describes a wide variety of experiences that can go from a mild distancing from the surrounding environment to serious physical and emotional distancing.

The main characteristic of all dissociative phenomenon is a distancing from reality. This is different from a loss of reality, which is what happens in psychosis.

How does someone develop dissociative identity disorder?

The beginning of DID is associated with overwhelming experiences, traumatic events, and/or childhood abuse. The complete disorder can present for the first time at any age.

Sudden identity changes during adolescence might be simply a teenage crisis or the beginning stages of a mental disorder. Elderly people can suffer from advanced-age mood disorders, Obsessive Compulsive Disorder, paranoia, etc. At an advanced age, memories progressively invade the conscience of the individual.

“The beginning of dissociative identity disorder is associated with overwhelming experiences, traumatic events, and/or childhood abuse. The complete disorder can present for the first time at any age.”

The following factors can trigger psychological deterioration and identity changes:

What are the risk factors for developing DID?

Psychologists associate physical and sexual abuse with a higher risk factor for DID. They have also described other types of traumatic experiences. These include childhood medical and surgical procedures, war, child prostitution, and terrorism.

In places where “possession” is common (rural areas of the developing world, or among certain religious groups, for example), fragmented identities can take the form of possessive spirits, divinities, demons, animals, or mythological characters.

Nevertheless, we have to remember that there are types of possession that don’t correspond to dissociative identity disorder. With DID, the possession has to be involuntary, distressing, and uncontrollable. In addition, it happens in a time and place that violate the cultural and religious norms.

Is there a difference between men and women?

What is the risk of suicide with dissociative identity disorders?

More than 70% of patients with dissociative identity disorder have tried to commit suicide. They often try more than once, and commonly engage in self-harming behavior.

The consequences of suffering from a dissociative identity disorder

The decline really varies from patient to patient. Some exhibit seemingly minimal deterioration, and others a very profound decline. People with this disorder minimize the impact of their dissociative and post-traumatic symptoms. In addition, the symptoms can negatively affect their marriage, their family dynamics, and child-rearing. In fact, it affects those aspects of their lives more than it affects their professional and work lives.

With proper treatment, many patients show a marked improvement in their personal and professional lives. However, some continue to decline in most of their normal activities.

In the latter case, they respond very slowly to treatment. The improvement and reduction in tolerance to the dissociative and post-traumatic symptoms are gradual. Treatment over the long-term can slowly increase their ability to deal with their symptoms. It also helps to decrease the need for more restrictive care.

Some famous cases of dissociative identity or multiple personality disorder

The case of Herschel Walker

Herschel Walker was a professional American football player and an expert in the martial arts. He was also the owner of a food company. At first glance, he seemed like a very normal, successful person. In reality, he was fighting with a very difficult disorder.

Doctors diagnosed him with dissociative identity disorder after he retired from American football. As a child, his classmates often bullied him because of his weight and his stutter. But Herschel persevered until he was able to overtake everyone, both academically and athletically.

Herschel created another person inside of himself. That person never gave up, he was almost superhuman, and he let them take over completely.

The case of Louis Vivet

Louis Vivet was one of the first people to be diagnosed with a dissociative identity disorder. He was born on February 12th, 1863. His mother, a prostitute, ignored him almost his entire childhood. That’s why, at the tender age of 8, he committed his first crime. Police arrested Vivet many times. He lived in a correctional facility until he was 18 years old.

He started to display signs of the disorder when he was 17. His personalities appeared when he went to work in a vineyard. A snake wrapped around his hand and although it didn’t bite him, he was traumatized. He started to suffer seizures and was left paralyzed from the waist down.

His symptoms weren’t physical, they were psychosomatic. He was sent to a psychiatrist for treatment, but his disorder became even more complicated. Then he became a completely new person and had a different personality and didn’t recognize anyone close to him.

Between 1880 and 1881 several times he was transferred to asylums to be treated with techniques like hypnosis and metal therapy. Later on, a doctor was able to properly diagnose him and discovered that he had 10 different personalities. Each personality had its traits and stories. Interestingly, Vivet’s life inspired Robert Louis Stevenson’s novel, Dr. Jekyll and Mr. Hyde.

How Do Your Personality Traits Affect Your Life?
All of us know, or can at least intuit, that our personality influence how we face obstacles, treat others, or celebrate the objectives we achieve. Read more »
Link copied!
Interesting Articles
Educational Psychology
The Psychological Benefits of Dressing Up

How do you see yourself? Have you ever stopped for a second to think about how other people see you?…