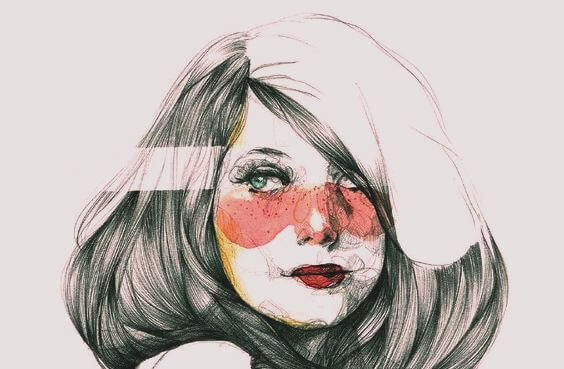 Sometimes when people remain silent in the face of criticism, envy, or provocation, it’s not for lack of an argument or lack of courage. It’s just that when ignorance talks, intelligence stays quiet, laughs, and walks away.

However, we all know that keeping calm when you receive criticism or scorn isn’t exactly easy. According to a study published in USA Today, 70% of people feel hurt by criticism, 20% face it and reject it angrily, and only 10% reflect on it and let it go when it reflects nothing but ignorance.

When ignorance envies and criticizes, intelligence stays quiet, listens, and laughs. Because in the end, the illness of the ignorant person is ignoring their own ignorance.

One of the reasons why it’s so difficult to accept criticism is that people need to feel accepted and reaffirmed. Criticism is the loss of this subtle, personal balance stitched together by pride. But when criticism is based on profound ignorance, there’s no risk to your self-concept.

We should all accept that some arguments simply aren’t worth it. When there are ears that don’t listen and narrow minds that can’t be changed by explanations, it’s better to stay quiet, laugh, and let it go.

Ignorance is the seed of intolerance

Let’s start by focusing on the meaning of ignorance. We don’t mean a lack of culture or knowledge. The most pernicious kind of ignorance is the kind that lacks the intimacy, empathy, and sensitivity to put oneself in the other person’s shoes; the kind that likes to pass contemptuous value judgments.

The highest level of ignorance is when you reject something that you know nothing about. When you even know that you’re missing facts or information, but you prefer to dedicate your effort towards maintaining your position rather than to finding the information. These attitudes are the seed of intolerance and rudeness, which most of us have experienced in ourselves at some point.

The most complicated part is that sometimes, ignorance exists in our closest circles. In fathers, mothers, and other close family members, who judge everyone else without knowing or bothering to learn about their interests or needs. In these cases, of course, intolerance, criticism, and offenses really hurt.

But with time, wounds heal, and you mature and finally come to understand many things. You understand that people don’t change, and that people don’t move from ignorance to knowledge because they don’t want to. In the face of all these behaviors, there’s no other option than to accept that the battle is lost, keep your dignity, and calm your soul. Understand that in the end, it’s better to stay quiet, smile with intelligence, and put distance between you and them.

When intelligence is obligated to react

It’s not always possible or right to choose silence in the face of contempt and wrongdoing. Sometimes, intelligence is obligated to react in order to defend its integrity. Because sometimes it’s necessary to raise your voice assertively, securely, and courageously to make it clear where your limits are.

It’s good to react in the following situations:

There are also too many professional humiliators in the world. People who seek to humiliate others, both in public and in private, to gain power. The root of this behavior, on occasions, is envy.

To conclude, we all know that the most harmful kind of ignorance can plant seeds along your path. But it’s nothing but a weed. Think hard about which battles are worth waging and which aren’t, because the most important thing is to preserve your inner peace.

Be skillful, be prudent, and understand that narrow minds never understand big dreams, and that some ears are deaf to intelligent words.

How to Free Yourself from Toxic People

Psychology
Judging Others: A Trap We Set for Ourselves

We have all fallen into the terrible trap of judging others at some point. But, what do I mean when I…

Psychology
Why Do People Have Such Little Self-Love?

Humans are social by nature. And there's one very simple and logical reason for it: millions of years ago, we…